en.infoglobe.cz » Poland, Wieliczka Salt Mine V – The Mine as a Center of Culture, Sports, and Health

Miners spent most of their lives underground, so after extracting the salt they tried to create something nice and pleasant in these areas that would make their life underground cozier. And so this mine also gained new meaning and became attractive to tourists. Every year there is something new and interesting in this area. Part of the route is accessible to wheelchair users, for example. Immobile visitors can look into the most interesting parts of the mine, which includes the Chapel of St. Kinga Chapel of St. Cross or Erasmus Baracza Chamber. 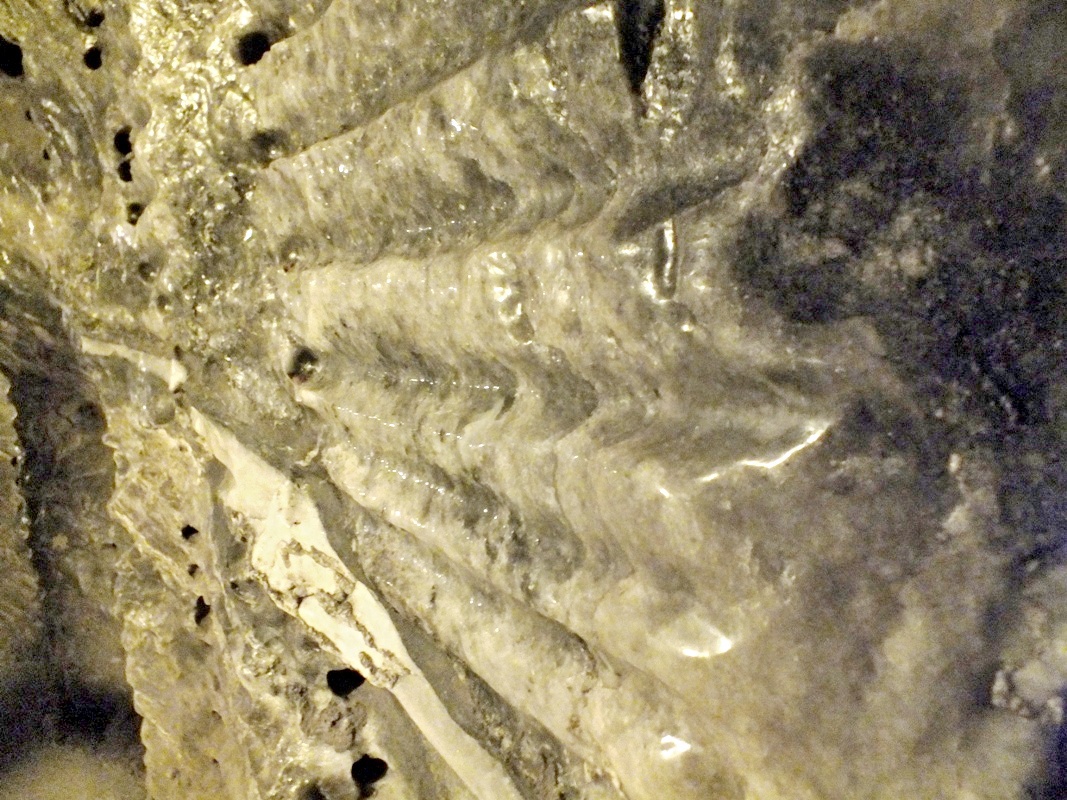 You can even connect to wifi in one of the tour's final rooms. There is a 5D cinema, interactive screens with information and videos about the history and functioning of mine or thematic games.

In addition to the classic touring or pilgrimage tour, the mine staff is preparing various thematic areas for children in particular. But if you are more demanding and adrenaline, the Mining Path is an ideal place for you. You get into the more adventurous area outside the hiking trails, work clothes with helmet and headlamp. Here you can experience for yourself what really works in the mine. 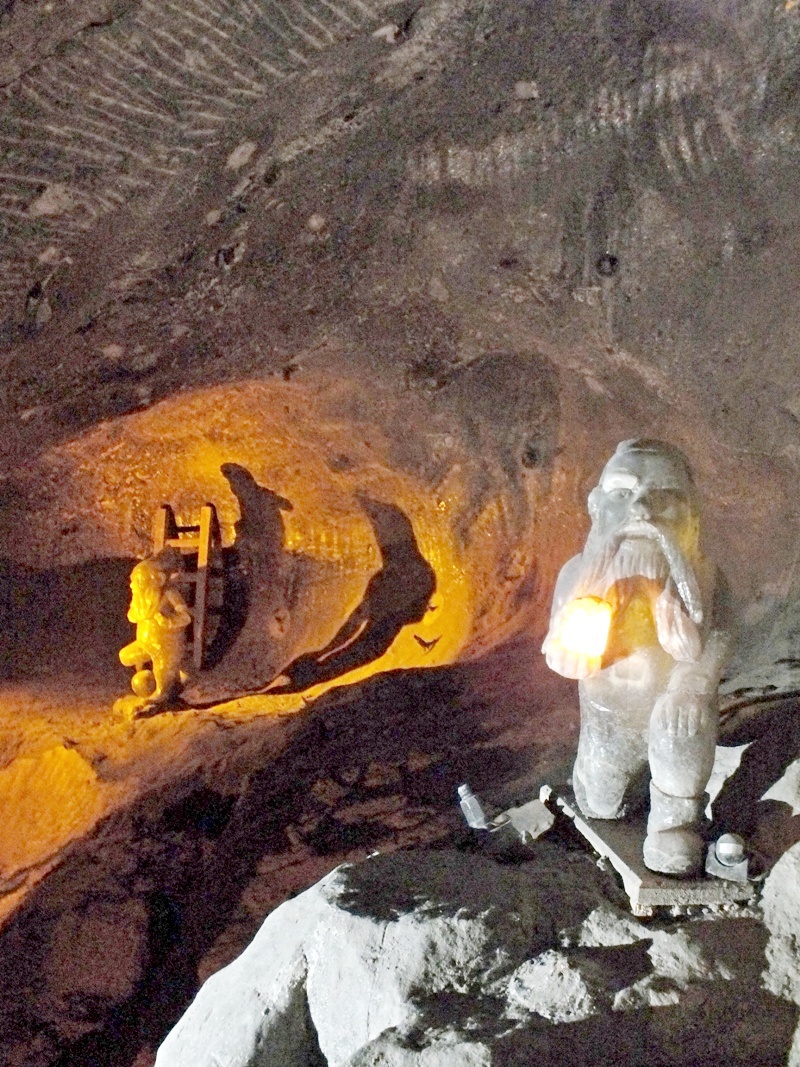 Be sure to breathe deeply during the tour, as the mine is also used as a rehabilitation and wellness resort. The air is rich in sodium chloride, calcium and magnesium, and helps with many diseases. It is beneficial in the treatment of respiratory diseases, asthma, allergies, skin problems as well as heart disease. There is a dedicated exercise room for this special treatment. In 1997, the only Polish Underground Rehabilitation Treatment Center was opened in the Teodor Wessel Chamber at a salt lake at a depth of 135 m. Under the supervision of a health care professional, they will take care of you during day and night stays. Frequent recurrence of airway inflammation recommends doctors twice a day to breathe into the local tower, which has the largest salt reserves. One 15-minute therapy is said to be equal to one day by the sea. 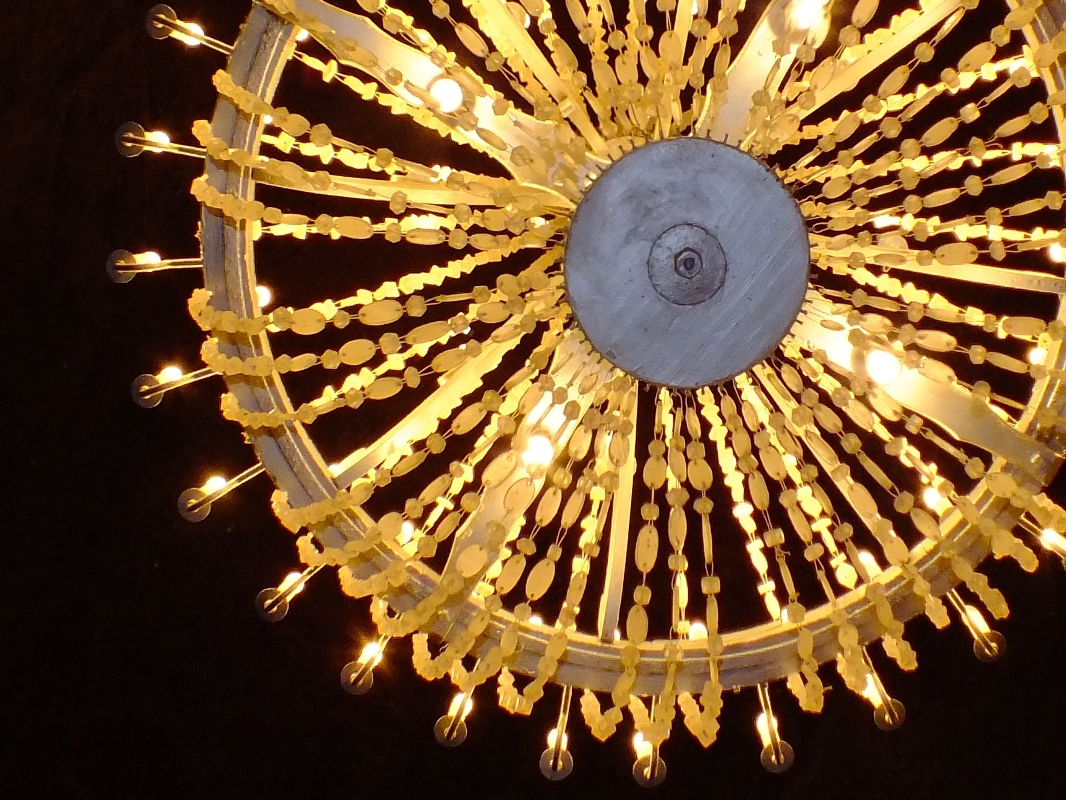 After the tour, you can stay in the mine and explore the smaller Mineral Museum. In addition to the museum, there is also a banquet room, balls, fairs, as well as sports activities such as tennis, volleyball and football. Another versatile room was created in the Warsaw chamber in the 19th century after the extraction of 20,000 tons of salt. The salt reliefs on the walls represent a period of modernity, chandeliers hang from the ceiling and the mahogany floor. It is used for cultural and sports activities. 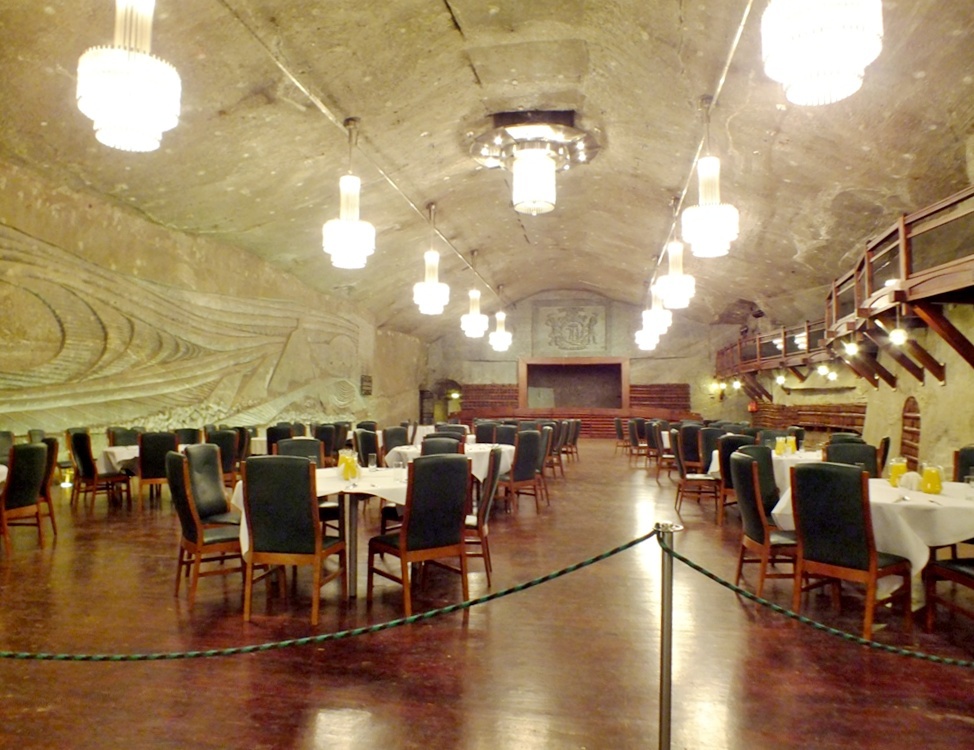 After a few hours of tour we were not as tired as we were hungry. But they also do not forget it. Directly underground, you can dine in the restaurant, which

The uniqueness of this restaurant in Witold Budryk's chamber lies not only in the depth it is in, but is also the place where the miners themselves ate. Traditional dishes offered include soup of gourds, bigos, pies or doves. If you are not tied to a group, you can enjoy these specialties here until the veil. The attractions include toilets, which are the deepest in the world!

The last stop before climbing to the surface is the Visla Chamber, which was created in 1959–1966. It is a place where tourists gather before visiting the Salt Chambers Museum or waiting in line to take the lift back to the surface. The four-storey lift with a capacity of 36 people transported us at a speed of 4 m/s from a depth of 135.6 m to the surface. 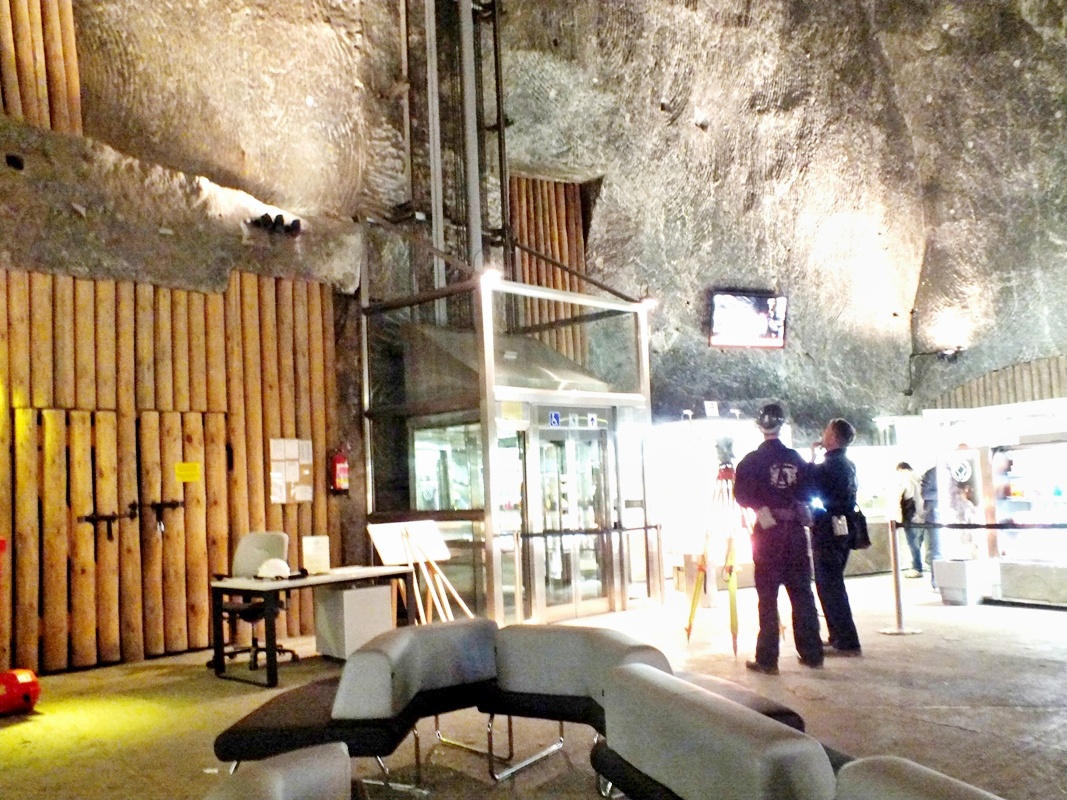 And if you have forgotten souvenirs in the underground, don't worry. In this tourist-visited building, there is also a souvenir shop right by the exit. If you want to bring a memorial from your tour to yourself or your friends, there is plenty to choose from. In particular, salt products will appeal to you. It does not have to be only salt, but also bath salts, special healing salts and cosmetics. Specialties are salty candies made in various flavors. 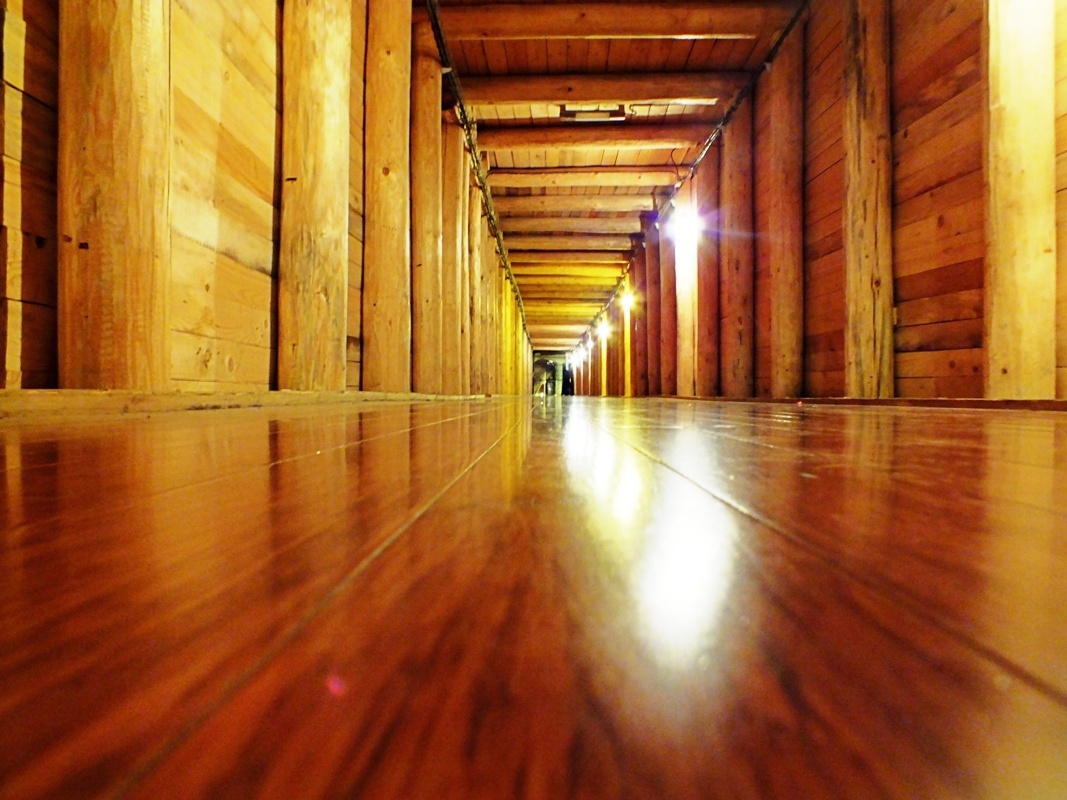 After a successful climb to the surface, we can say goodbye to Wieliczka with a typical miner's salute Good God!