This Polish town covers an area of 145 square kilometers. It is on the meeting point of the Trzebiatow coastline and Gryficka and Bialogardzska lowlands. Kolobrzeg is a large spa center on the Baltic Sea. Also, it is a thriving port. There are 12 kilometers of beach, vast green spaces, and interesting historic sights. Cargo and passengers ships depart from here to Bornholm island, Denmark, or to Rujana island, Germany. 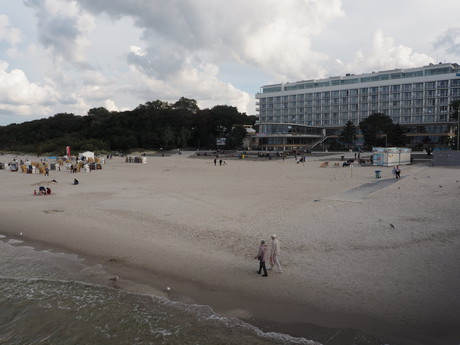 When you look at the map of Kolobrzeg, the first thing that would probably catch your attention is the wharf which was ceremonially opened on June 19, 1971. It is 220 meters long, 9 meters wide and stretches 4,5 meters above the water surface. You can walk on it for free off season, during season entrance is charged. 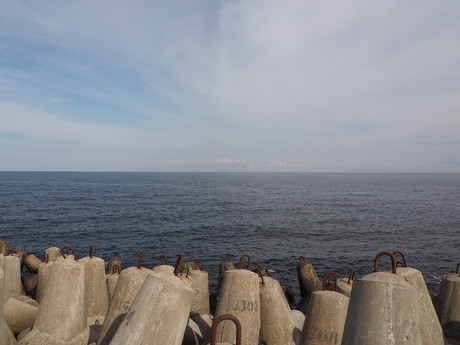 There is a lighthouse several meters off the wharf. It is quite robust, however, it rises to only 25 meters. The lighthouse was built on the remains of a redoubt used to protect soldiers. Kolobrzeg's very first lighthouse was constructed as early as in 1666. Unfortunately, it was utterly destroyed in the year 1945. There is another wharf by the lighthouse. This one serves as a harbor which is protected against wave by anti-tank barriers. 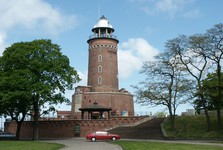 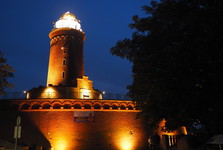 In the beginning of the article, I stated the fact that this is the largest spa center on the Baltic shoreline. The spa were inside Kolobrzeg fort up until the year 1830. But then it was closed and sanatoriums were built to replace it. Necessary spa infrastructure was built before the WWII already. Hwoever, everything woudl be destroyed during the war time. After the war, the largest spa in Poland was opened here. Its main focus was treating children's respiratory, cardiovascular and digestive systems, and motor skills.

Kolobrzeg is ready to accommodate tourists. There are several hotels to meet their demands. Sanatorium Uzdrowiskowe Bałtyk is closest to the beach. If you prefer privacy and peace, you can easily rent an apartment in the city. 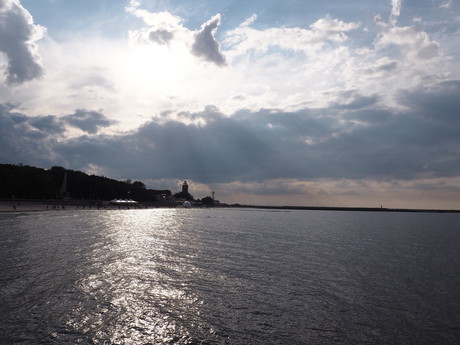 Several souvenir stands, restaurants, and snack bars are located on the beach. Walking around here, you realize there is really a lot of stores. Any restaurant or snack stand offer dishes featuring fish. If you don't eat fish, expect to have troubles to find some fitting restaurnt. The most popular snack here is gofry (waffles). I highly recommend these. 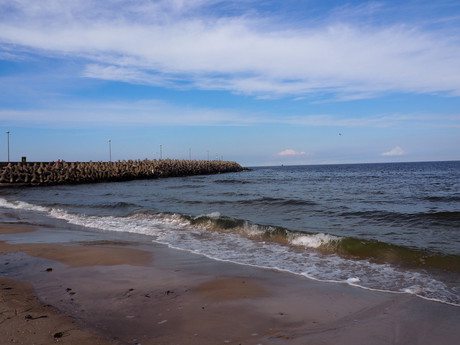 Even it is a tourist resort, nights are quiet. Restaurants close after 7 p.m. and stand owners leave for their homes.

If you don't want to spend much money on one longer weekend, don't worry. Poland is quite cheap country, cheaper than the neighboring Czech Republic.

One more thing before we finish this article. There is Kaska, a seal male in Zoo Chomutov, Czech Republic. He was brought here from Poland. Still baby seal, Kaska was found on the beach in Kolobrzeg.