The first lighthouse on Cape St. Vincent dates back to 1520. In the following years, a fortified tower was built to protect the coast from raids, but in 1587 it was destroyed by the famous English sailor Francis Drake. 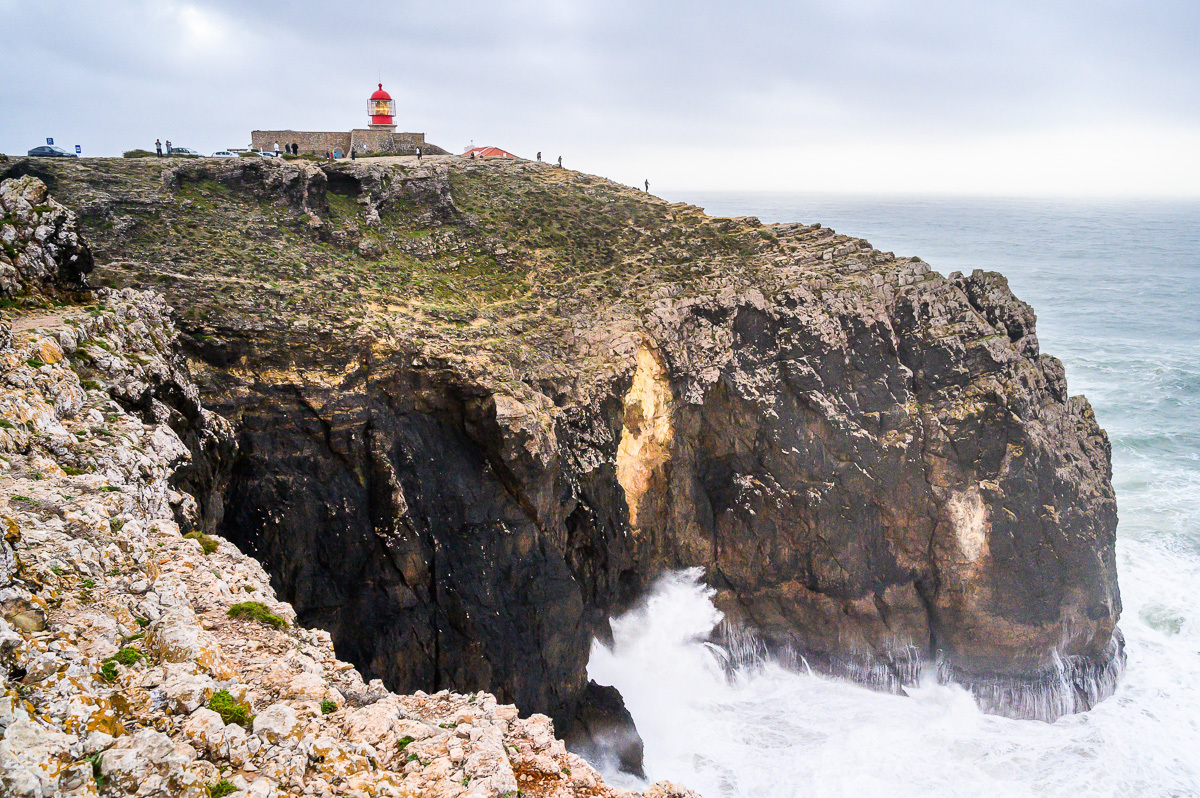 In the middle of the 19th century, the current form of the lighthouse gradually began. However, its lighting equipment was still quite imperfect, and it was less than 50 years later that the tower was rebuilt and raised. The beacon was newly given a 1.3 meter diameter Fresnel lens, making it among the ten largest beacons in the world. Its light can be seen at distances of up to 53 kilometers. 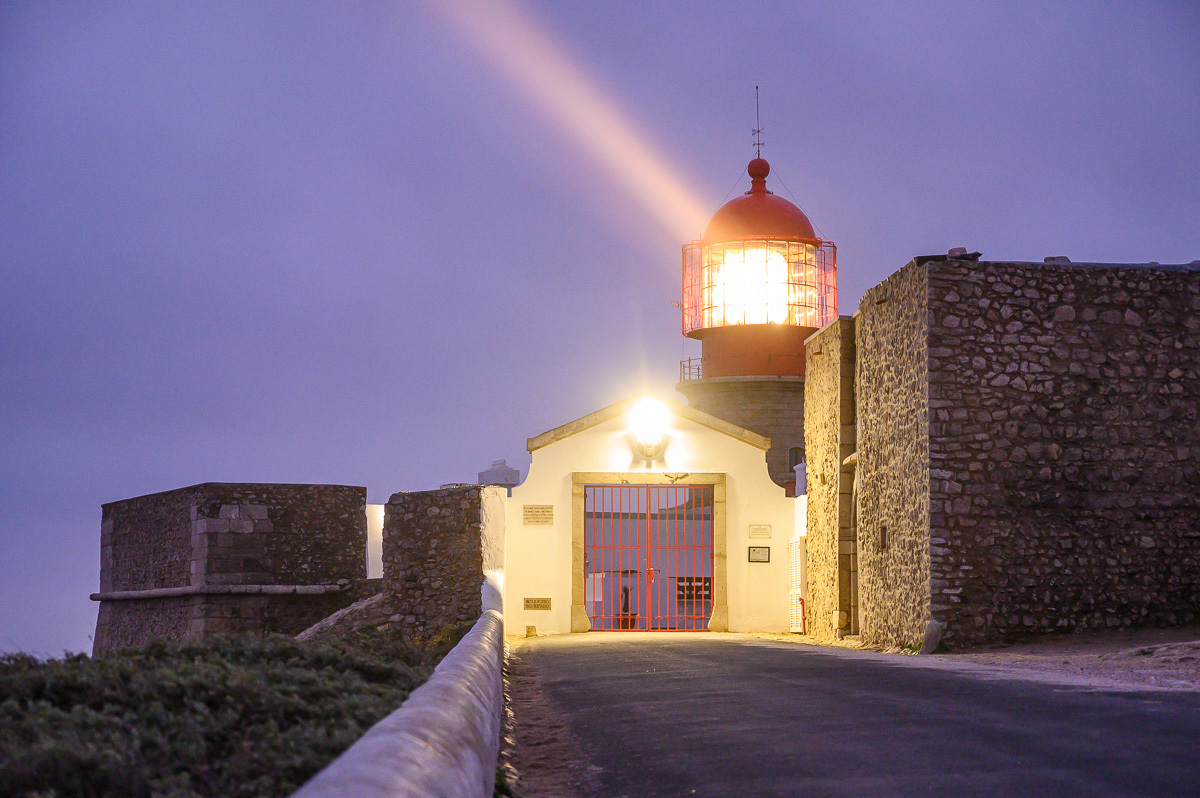 I went to the lighthouse along a beautiful trail along the cliffs of Sagres. Because storms hit the whole region a few days before my visit, the ocean retained incredible strength. Even though the sun was shining almost all day. The waves reached the top of some 70 meters high cliffs and made the already beautiful scenery an unforgettable spectacle. 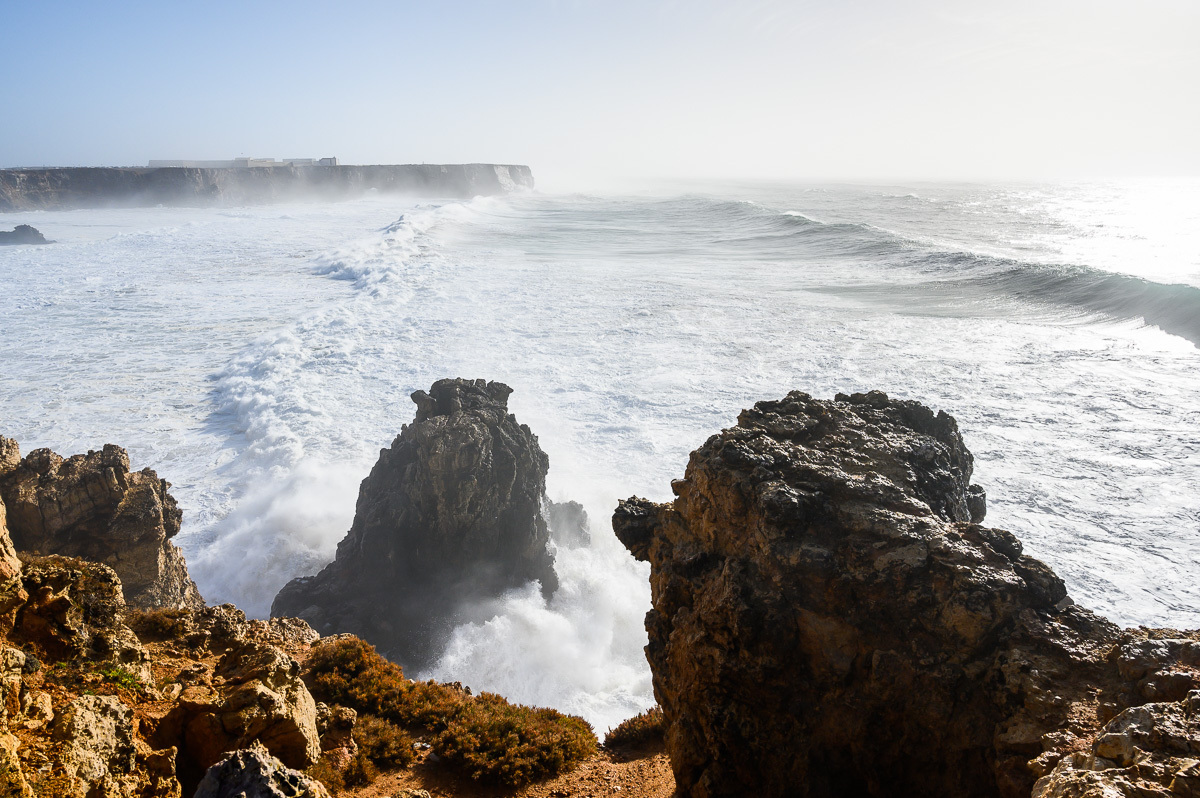 Moreover, the local nature, thanks to its sandstone bedrock and specific climate, creates a unique landscape where you hardly come as in Europe. For me the experience was underlined by the constant haze and tiny droplets of waves in the air.

At the lighthouse itself, I waited until dark and then asked an unknown car with excursions to take the bus back to Sagres. I happened to encounter two Czechs who took me to Lagos for accommodation and we had a great chat on the way. 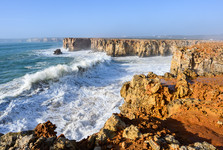 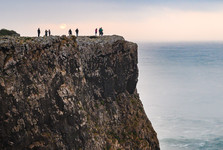 I would highly recommend visiting the whole area around Sagres, for me it was probably the nicest part of Portugal together with the surroundings of Sintra.