The capital stayed in Lisbon, for politicians but the intellectuals were uncomfortable, se they were shipped back to their original cradle - the city of Coimbra. Farther from the government, cut opinions from key events in the country.

Today in the town located halfway between Lisbon and Porto are about 140,000. Abandoned is paradoxically in the tourist season, when the students who set the tone of life in leisure. The streets are so simple from the dynamic youth covered to their brains in black robes.

Coimbra has, it seems, everything what the town needs. Although it has an ancient modern cafes, pubs, shops, expensive boutiques, but on the other hand is all what underscores its quaintness - longtime churches, which can be found in a wide range of traditional fado - Portuguese sad and impressive style of music. The one in Coimbra, from a row of which can be heard elsewhere in the country, apart deeper themes, but should also be different tune twelve-string guitar.

Whether you want to or not, this music is often played live in cafes, in the spirit directs you to philosophical issues, and do not mind the Portuguese know how to say a few words. Even the Portuguese themselves often say they do not know what he is singing. Slang used in the North Country for southerners too understandable. 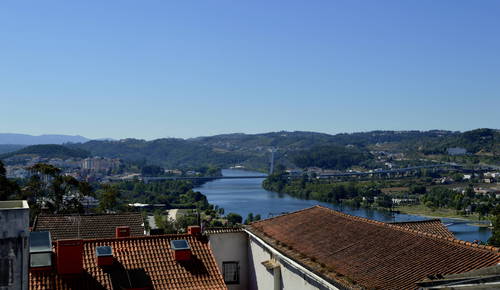 North against the South and empty city

Residents of opposing corners of Portugal waged between quiet war - with the same rules as Prague and Brno. Conservative way of speaking south, but I always aggressive tendencies prickly phrases north, almost always interspersed with at least one dirty word. Especially is funny, but by no means exceptional, it is in the case of older ladies who this gravely chats with coffee and favourite cake.

All students opting for education in Coimbra, have one thing in common. Future doctors, linguists, mathematicians and lawyers must be in good physical condition, because individual faculty stands on a hill high above the city, where there would normally be around a castle. Here in Coimbra it's just so that all events are under the thumb of scholars whose tracks can be found everywhere in the narrow streets rising upward. 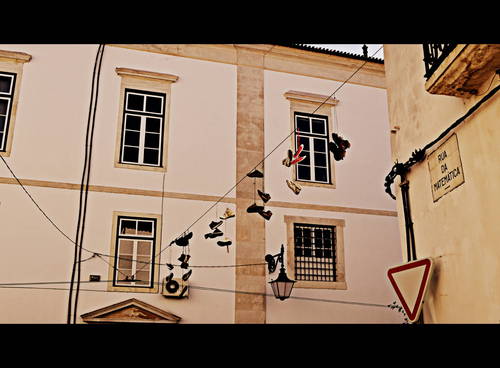 It is about 35 degrees and sharp sun shines to centuries old stone sidewalks for walking in any way comfortable. Many of the houses are for sale and many of them are falling apart and only here and there flashes some of them permanent, mostly older people. Nevertheless, these slender streets, often do not further than to the door of a home, laced with a special atmosphere. Although they remain empty in the summer, all traces of the students who live in over a year - the shoes attached to a trolley that once served as the driving force for a narrow yellow trams, the same as in Lisbon, or revolutionary slogans, proclaiming something about a free republic.

Students in Coimbra have the advantage of being apart Sunday subject for which they decided. Campus faculty has just all together - lawyers alongside mathematicians, mathematics alongside doctors, physicists and doctors in addition to all these people who wanted to get an education or titles that are close to the church. 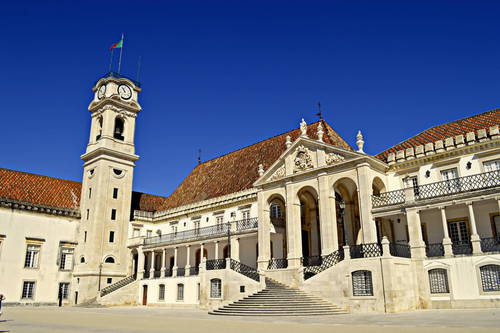 Pedro and Inês - Romeo and Juliet after the portugal

The former main city is also related one strong love story. The son of Portuguese King Alfonso IV. - Pedro and heir to the throne must marry Princess Constanza Navarra, although he was head over heels in love with Inês de Castro - Spanish Galician noblewoman. After the death of his wife, with her and also secretly married in Coimbra also lived with her. Both love but encountered displeasure of the king, who saw a threat to their connections and ultimately let Inês murdered. After the king's death began to Pedro, as the new monarch, revenge. Found two murderers of his beloved, and according to legend, they ripped the heart out of the body. In court, then Pedro said that he married her and she is just rightful queen. Let Inês's body exhumed, posthumously crowned his queen and even forced the judge to kiss her hand and swore allegiance to the new queen. Both are now buried in the Cistercian monastery in Alcobaca. A powerful story of love sealed by Pedro's promise of "Ate and fim in mundo", which translates as "By the end of the world" has inspired many Portuguese and international writers and artists.