Majority of the sights are situated on the hill where you can find a university. Basically, it is on this hill where almost entire historical center of the city is. It is very probable that you will start your sightseeing on Largo da Portagem square. You can reach a very well preserved city gate if you go down Ferreira Borges boulevard. Once you go through the gate you will enter the core of the city. 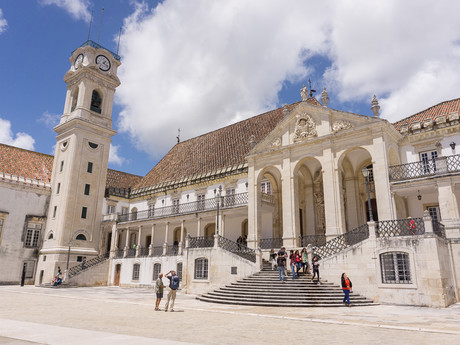 There are narrow streets beyond count where you can get lost for long hours. Yet the historical center is small. There are many historical hosues, several small churches, chaples and there are vistas over the river and the rest of the city. The steeper you climb the faster you reach the main building of the university which is on the UNESCO's world heritage list. To see the oldest part of universtiy compound is to make a trip which will impress you. There is also beautiful historical library with thousands precious scriptures. 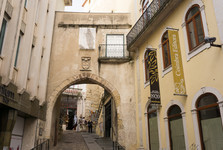 Visit the "new" Sé Nova cathedral on the university compound. Make a stop at Escadas Monumentais stairs. The view opens up over an aquaduct, botanical garden, and a prison on the opposite of the hill. Should you missed the "old" Cathedral Sé Velha on your way up then stop there and look inside. The cathedral was built in the 12th century. Many reconstructions resulted in a diverse combination of many influential architectonic styles which you may recognize today. 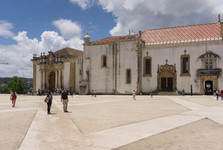 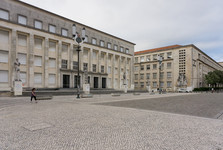 Couple more beautiful churches including Igreja de São Tiago and Igreja de Santa Cruz are below the hill next to the town hall. You can walk through several more historical streets on your way back. This time without hills. 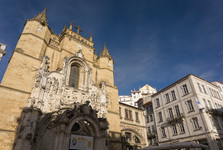 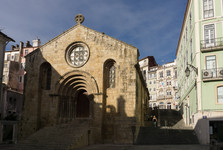 The remains of Moistero de Santa Clara-a-Velha, a 14th century cloister, are situated on the other side of the river. The cloister had to be abandoned due to large floods two centuries later. Therefore, a new cloister was built up on the hill. And you can go there. In case you travel with children, go to Portugal dos Pequenitos – a theme park where scale-models of traditional villages, significant Portuguese and some former colonies' landmarks are on display. There is also the Costumes Museum inside and a Barbie doll collection. 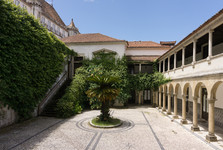 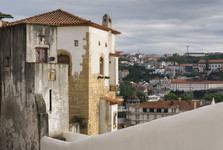 Coimbra has no access to the sea, it is not particularly large or culturaly diversive like Lisbon or Porto. Still, Coimbra attracts many visitors mostly for its historical sights, or great atmosphere in the city. Coimbra is vibrant thanks to students. Join them in the evening. Enjoy local wine and great cuisine. Enjoy easy-going Portugal way of life.