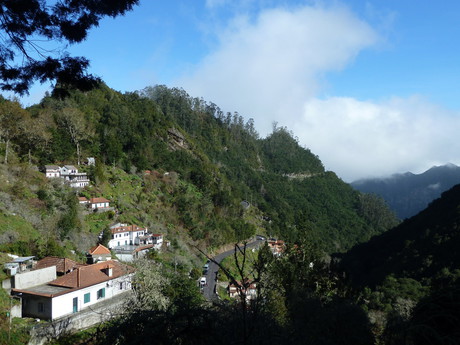 You may possibly see some Camelia flower and blueweed - Madeira's official flower. The later flower is called Macaroco or Echium candicans in botanical terms.

We continue to the northern shore and to our other stop - Falal bay. It consists of stones making a circular shape. People jump from these stones to tidal waves. It is only 10 kilometers from Santana, district's capital. 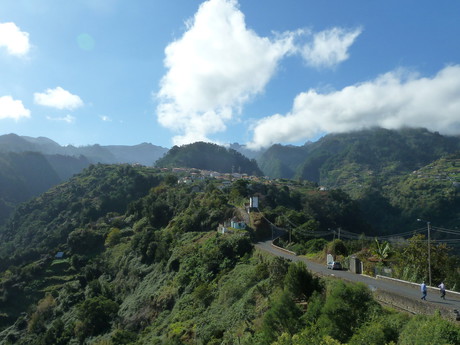 The city was founded in in 1835. It received its status only in 2001. Santana region is listed in UNESCO as a biosphere reserve. There are historical houses with hay roof in the city center. Their roof is in the shape of an "A". It is a display of historical 19th century architecture. Many of the houses are no older than 100 years, though. 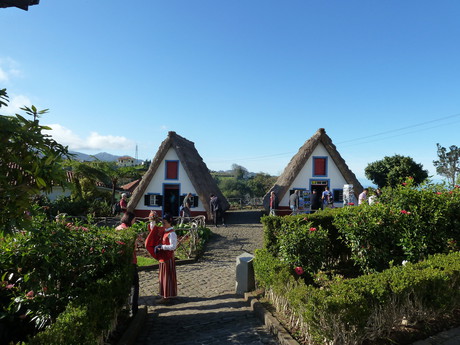 Usually, there was one room on the ground floor. It was a bedroom, kitchen and soil was left for chickens. As the growing of grain was getting to be over the hay roof was ceased to be build. The show houses host souvenir stores today. These are lure for tourists. One of the houses has a flowers store inside. There you can buy bulbous plants and seeds. You can usually buy the same at market in Funchal. There are no restrictions on getting them out of the country. At least yet. However, check on this prior to your leave. Madeira Theme Park Santana is sort of an open air museum of so far inhabited houses. They are scattered across several hectares. You can find them left from the round about in the center of Santana. There you can explore themed sections showing traditions, history, nature, and culture of Madeira. It is opened every day except Monday. The admission is 10 euros. 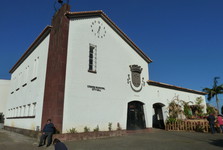 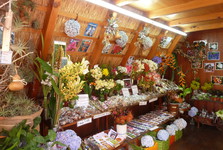 When going along the northern shore from Santana you can reach Sao Vicene and Grutas in about an-hour long ride. These are volcanic caves. The belong to the volcanic center of Grutas e Centro do Vulcanismo de São Vicente. You can reach this place from Funchal through Ribeira Brava and the longest tunnel on Madeira. Leave the parking lot and follow the river. You will cross rope bridge and then you get to the box offices. 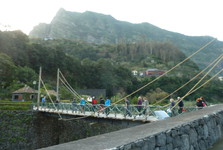 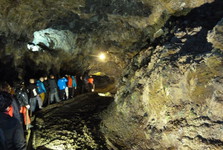 The volcanic cave woth corridors came into existence 890 thousand years ago. It was founded in 1885. The public have had access to it since October 1 1996. It is the very first volcanic cave with public access in Portugal. The admission of 8 euros gets you a tour in the cave which takes about 40 minutes, entrance to the volcanic center where you can see an interactive display of volcanic activity, exhibition of minerals and natural phenomenna. Lastly, you will experience shaking happening during volcanic eruptions. So don't worry when your elevator cabin starts vibrating and the light goes off. There is a short 3D film on the creation of the island which you will see in small movie theatre. We remind you that Madeira is a product of volcanic activity and belongs to a 1500 kilometer long volcanic mountain range. 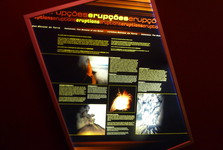 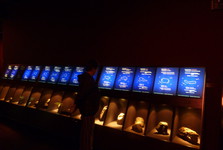 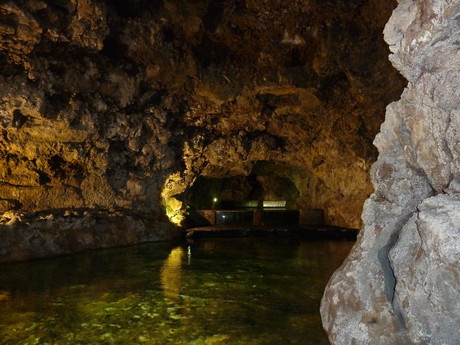 The lit road in the volcanic cave is 700 meters long. It takes you through tunnels by lakes and cascade waterfalls. Every branch has some elevation. It depends on how hot lava streamed through there and also what gases emerged. The warmer lava was the more liquid form it got. Therefore, lower sediments were left after it was gone. There is an interesting phenomena - green cave flora. It grows in conic shapes. The most interesting forms are lit. Your guide will point out to these. There is also the so called gallery in the cave. It is 5 meters high and also the highest spot in the cave. Grutas e Centro do Vulcanismo de São Vicente is open every day apart from Christmas holiday. 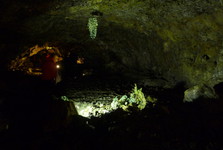 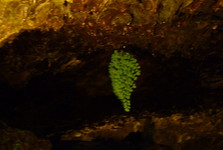