Lisabon is one of the oldest cities in the world. Probably, it is the oldest city in western Europe. Thanks to this, there are many historical landmarks. Some date back to the period of the rule of the Roman Empire. Archeologists found evidence in the Lisboa cathedral and St George castle that the Phoenicians did trade there 1200 before Christ. 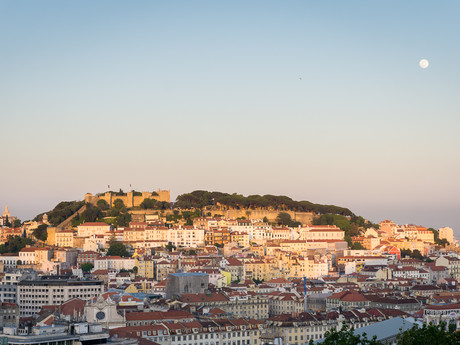 We need to slow down a bit and get some rest after long and tiresome journey. For this, a promenade along the Tagus river is great. There you can sit for a while and drink a glass of sangria while observing ships sailing into the port. Then go down a vast square of Praça do Comércio. Cafes and restaurants line this square. After this, continue through monumental Arco da Rua Augusta arch and go down Rua Augusta boulevard which leads you to the famous Rossio square. 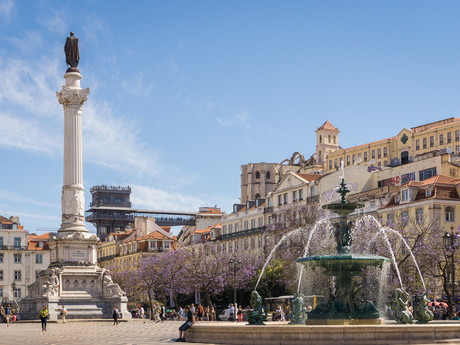 Close to here, you must see beautiful historical elevator Elevador de Santa Justa. It gets you up to the Museum of Archeology inside what formerly was a cathedral. You can continue to Igreja de São Roque church and Miradouro de São Pedro de Alcântara garden. There you get beautiful vista over the opposite hill on the top of which stands the castle. 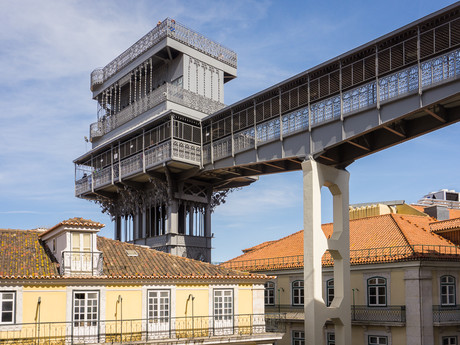 To get back down you can either go on your own or take a ride by the famous yellow cable car. Thus, you get down to another beauiful square Praça dos Restauradores. Many cafes and restaurants are situated around this square as well. You can get there finally some rest. All cable cars and elevators have their reason to be in Lisboa for the city lays on very hilly terrain. 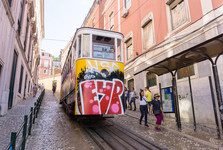 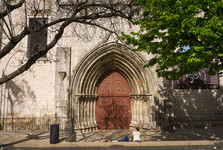 You need to climb one such a steep hill when going up to the castle. Another option is to take a yellow tram. However, you need to buy a pre-paid car at a subway station and charge the card with money. Otherwise, a ticket bought in a tram is about 2 euros more expensive. The castle – Castelo de São Jorge – is a place where you get other beautiful vistas and you will see also the oldest traces of human settlement here. Also, make a stop at the grandiose Sé de Lisboa cathedral. 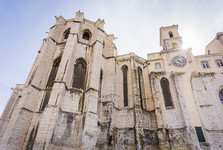 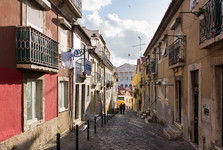 Now you can just wander about in the streets of Lisboa and enjoy easy-going Portugal. The most beautiful borough in downtown is Bairro Alto. It is here where you can find my most favorite café Copenhagen Coffee Lab. I can only recommend to stop there and buy something good. For dinner, go to the former market at Cais do Sodré station. There you can taste many things even outside Portuguese cuisine. 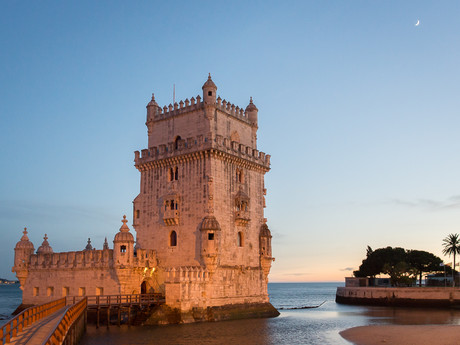 To make your trip in Lisboa complete, you need to visit the borrough of Belém and the famous red bridge. At Cais do Sodré take a tram (or train) and reach Belem station. There is also beautiful Mosteiro dos Jerónimost cloister, the memorial to naval discoveries, or guarding tower over the bay of the Tagus river. 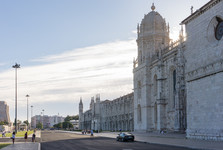 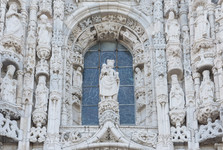 You have passed the Ponte 25 de Abril bridge already. Now we return bac

k there. You can either cross it on foot along the riverbank, or take a tram once again or a bus. The bridge seems to be even more beautiful up close than from distance. It is a marvel of engineering and human ingenuity. You can also make a trip to the statue of Christ on the other side. You would most probably start in downtown. There is LX Factory – former factory rebuilt to galleries, shops, restaurants, and cafes - right under the bridge. It is there where you can finish your day's trip with a glass of wine.

There is much more to Lisboa – parks, churches, palaces, beautiful streets, university and modern borroughs. Don't forget to accommodate to local slow tempo of life. Otherwise you can't enjoy the city to the fullest..