Madeira means wood and wood gave the island its name. Dense forests were the first thing which the sailors who shipwrecked here in 14919 found. The sea cast them at the island. First they called it Porto Santo (Holy Island) as a thank for surviving the sinking of the ship. Then they discovered other island which they called Madeira. 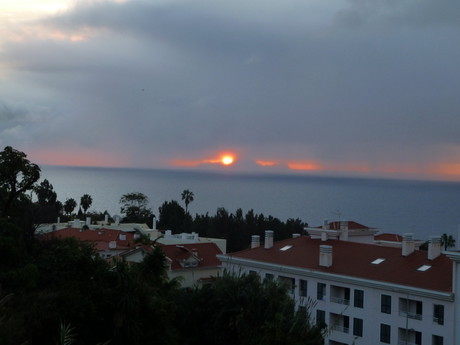 Couple of years later they started to settle the island. First there were only sailors, slaves, and convicts. They had to chop down trees and get space. Then they only needed water for irrigation… They had to go up into the mountains. There they found out the only water they can irrigate island with is up there. 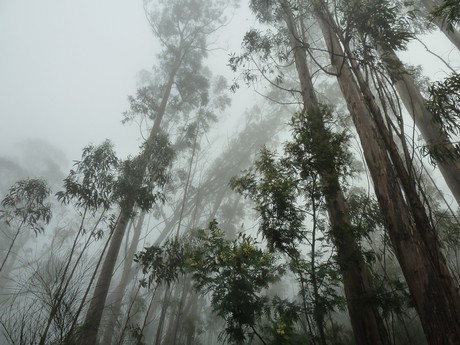 Mountains chains reach impressive altitudes and they are covered with dense forests. Original plant here was bay laurel. They grow here also today. So-called self-irrigating forests were grown in the mountains. These forests are primeval. They collect water from ever present fogs. Then this water flows down into to soil thus irrigates it. Such forests are on the northern slopes. They are at 300-1400 meters of altitude. On southern slopes at 700-1600 meters. The areas where these forest area are Santana, Riberio Frio and Encumeada.

To get the water in the mountains channels were needed which would run into reservoirs. Therefore, drinkable water would be supplied. In 1461, water channels also known as levadas. The name comes from levar which means to carry. Channels run along contour lines while slowly inclining down. At the top the channels are narrow, at the foothills they widen up. The oldest of levadas are easy to recognize because they are tiled with stones. Volcanic massive provided plenty of such stone. Later were levadas made of concrete. First cutting levadas into the mountain was difficult. Cutting down the trees made soil unstable and land slides were common. Years of work resulted in a vast system of levadas. 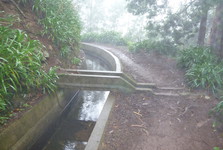 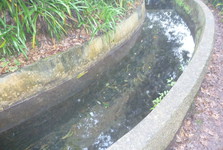 More than 200 levadas were registered here in 1900. They measured more 1000 km in length. Today it is more than 2000. Plus there are dozens of kilometers of tunnels. Levadas supply settled areas including hotel complexes with hotel. To make everything work human hand is indispensable but also there is a law about water usage. Levadeiros take care of connections between levadas (horizontal and vertical), water purity, drainage of water to other areas. The law sets the amount of a fee which depends on the acreage of land and for what it is used. Private persons pay around 20-100 euros a year. But there are other ways water is used, for instance for hydroelectric power station. Madeira is also self-reliant in terms of energy production. 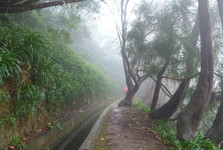 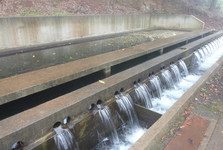 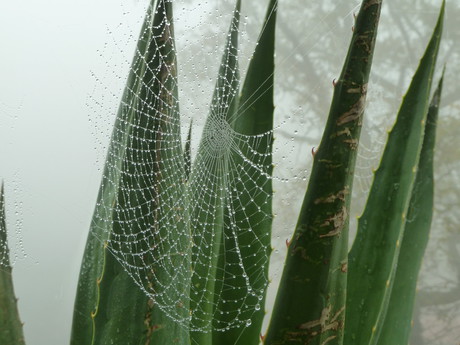