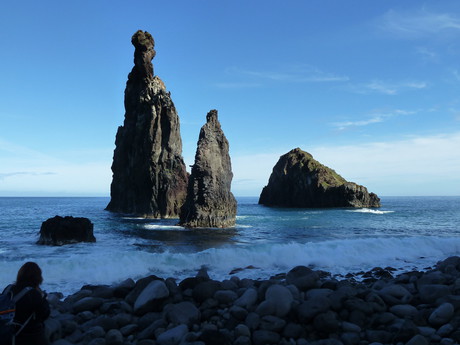 The northern spit of Madeira has been settled since the 15th century. Lava lakes at Porto Moniz (name comes after its ofounder) inspires you to stop for a while. The true lure around here is a lava pool near coast. Tidal waves fill pool (it has smooth bed). Large waves make spectacular scenes when geyser water breaks on the cliffs.The pool has its own facilities. In season, there operates a stand selling refreshments. In Porto Moniz (about 70 kilometers from the capital Funchal) you can enjoy great coffee at some of its many restaurants. 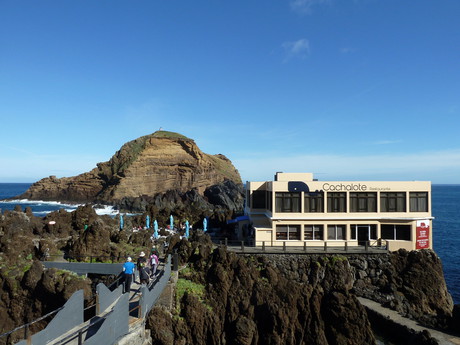 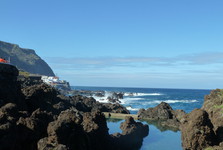 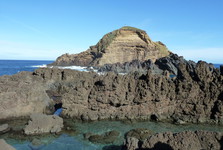 The village of Santa is situated right above the town. It is famous for its yearly cattle markets and celebrations of it. Beware on the road. It goes in serpentines around rocks. There is one of the most beautiful levadas (a levada is an irrigation channel) near here– Rabacal. Who wants to make a journey on the island needs an experienced guide. In Funchal, for instance, everywhere you can find services doing such experiences. Certailny, levadas are divided according to the terrain dfifculty. They will gladly help you to make a right choice for you. Active sportsmen/sportswomen can buy a book of levadas. There are maps and descriptions of every trail. Such a publication is available at a special bookshop. Still, this is not everything. Not every levada is marked. Once fog appears even an experienced guide can get into troubles. Terrain is dangerous anyway and you should make necessary safety measures before setting off for a trek. 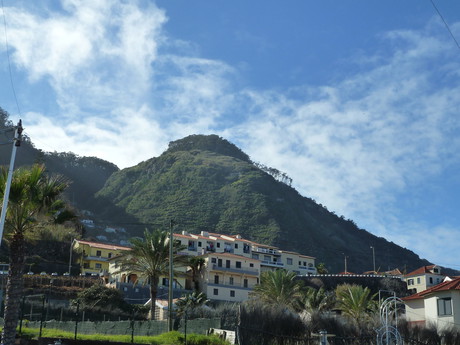 Once you get above the valley to the height of 1500 meters you will get to the area of Paul da Serra also known as Plato. It is a plateau which makes the flattes part of the island. Omnipresent fog prevents you from having the vista of the both parts of the island. In this case you would be lucky to recognize at least cows eating grass. The constantly changing weather prevented an airport to be built. So rabbits and pheasants are running around here instead and there are even hunts on them. 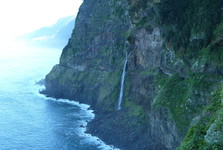 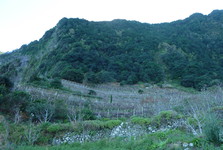 There is one last stop on the way to the best – the westernmost land projection of Madeira – Ponta do Pargo. It is a quiet place with a lighthouse on the rock. The road you can use to go back goes to the southwest. It can take you, for instance, to the city of Calheta. There is an artificial sand beach. Also, you can get to Ponta do Sol with a stone beach, for a change. Eventually you reach Ribeira de Brava on your way by banana plantations. 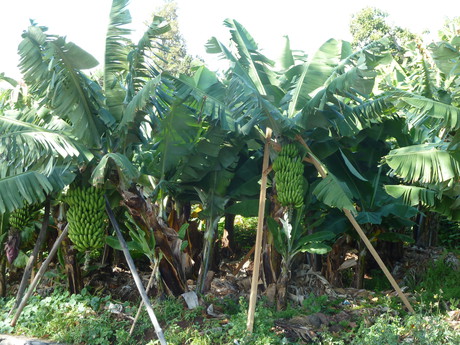 Banana is a typical fruit at the island. It requires a great deal of art to grow it. Plants are planted out in a group of three. One of them brings fruit and thus doesn’t cast shadow on others. Every plant bears fruit in a three-year interval. There are different types of bananas – less or more sweet, small and large, and even bananas crossed with apples. You can recognize them according to red color and a small size at markets. A banana is added in recipe with Black scabbardfish. During their ripening, bunches of bananas are packed in blue sacks to prevent pests from getting to them and also prevent birds from getting to them. The blue color of sacks was chosen because it repels birds. Would you just believe this? 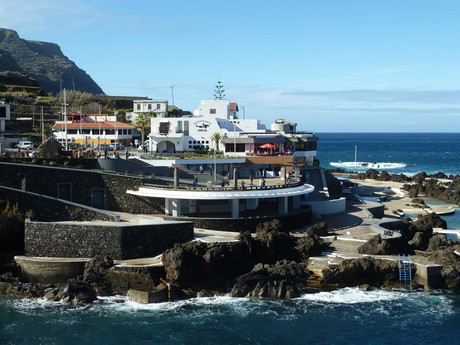