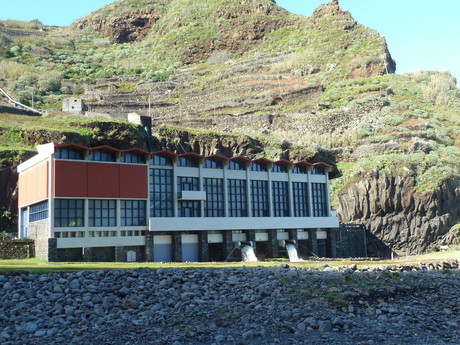 Local special fish is ESPADA which is also called Black Scabbard fish. This fish is pretty large and ugly. Its has protuberant eyes and it lives between one and two kilometers deep in the sea. Fishermen catch it only at night because the fish goes hunting after dark. It must be caught at 500 meters below water level. Which is doable by fishermen. The fish is only around Madeira and Japan. 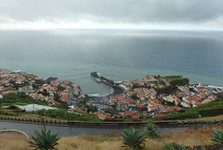 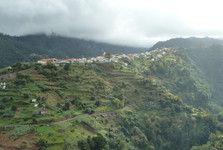 Tourism is the main source of income then it is fishing, growing of products and wine production. Everybody has a small piece of land to grow veggies and fruits on. There is not much space for gardens. Moreover, island's rather hilly terrain allows only terraced fields. Therefore, it is quite difficult to work them. Flowers are usually in flowerpots around houses. Originally, houses were white with basalt tilling (around doors or windos). Modern hotels have flower gardens - in the west of Funchal for instance - yet the area is limited and you can get only so much from island's 740 km². 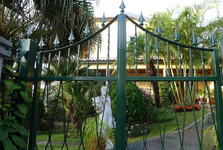 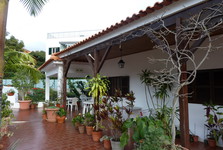 The sweet liquor wine of Madeira is made of Malvasia sort. George the Navigator ordered the sort to be transported here from Crete in 1440. It is a very resilient and world-renowned sort. Its strategic location on the trade routes between Africa, Americas made Madeira great place for sailors to resupply water and food. Trade was vibrant here. There are some things originating in distant lands. Even human labor was traded. Ships were propelled by slaves before. In the early 16th century “houses of slaves “ (Casa dos Escravos) were established. In modern language, we would call it the slave trade agency. Thus, slaves started to be transported to Americas. 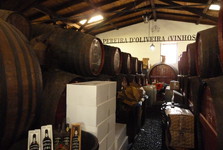 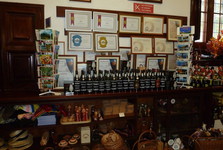 Madeira's wine is always bit sweeter. Be it sec or demi-sec. Basic wine here is 3 years old. Next wine is tapped off every 5, 10 and 15 years. There is also reserve wine the oldest one being from 1850. There is some interesting history related to liqueur wine. As always chance played its role… Upon the vineyards were founded the production of table wine was commenced. It was exported as far as Japan. To prevent it to spoil, brandy was added. However, once Japan refused one shipment claiming the wine was spoiled. The captain ordered the sailors to pour the wine out into the sea. However the sailors tasted the wine first and discovered the taste of the sweet liquor. It took a while before it was found out what actually happened with wine barrels because the sun was shining at them. Ships which returned from the north carried spoiled wine (unlike ships coming back from warm lands). Thus the liquor wine production began. Until the present it has been real science. Mostly its home-made production. To make this wine mature it was stored on the highest, the warmest floor. After addition of brandy it was tapped off (after about a year) into the barrels one floor below. And this all process was repeated at least one more time. 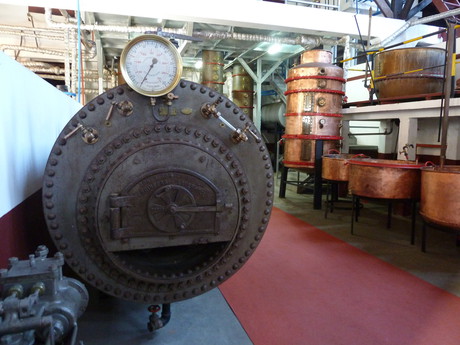 You can also buy reserve wine and its called RESERVA. This is when the yield is especially good. Rain Water wine is dilluted with water. Its history is bit witty. Sailors drank bit of wine they transported on their ships. To cover their lust they replaced the wine they drank with rain water. Port wine matures in cold spaces. It is storaged horizontally and its taste differs throughout the years. 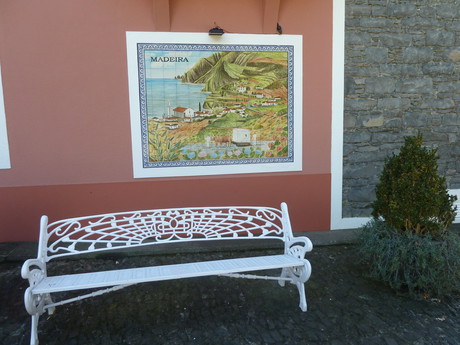