The beautiful convent in Tomar, Portugal is one of these. It served as some sort of the symbol of Templar uprising. The military order was founded by French knight Huguens de Payns most likely in the year 1119 during the crusades. The name of the order referred to Solomon's Temple. Templars were sworn to individual poverty, purity, and obedience. They swore to protect holy sites and new Christian states against infidels. The templars were tasked to protect the young Kingdom of Portugal during reconquista of the Pyrenee peninesula which aimed to oust Moors during the crusades. 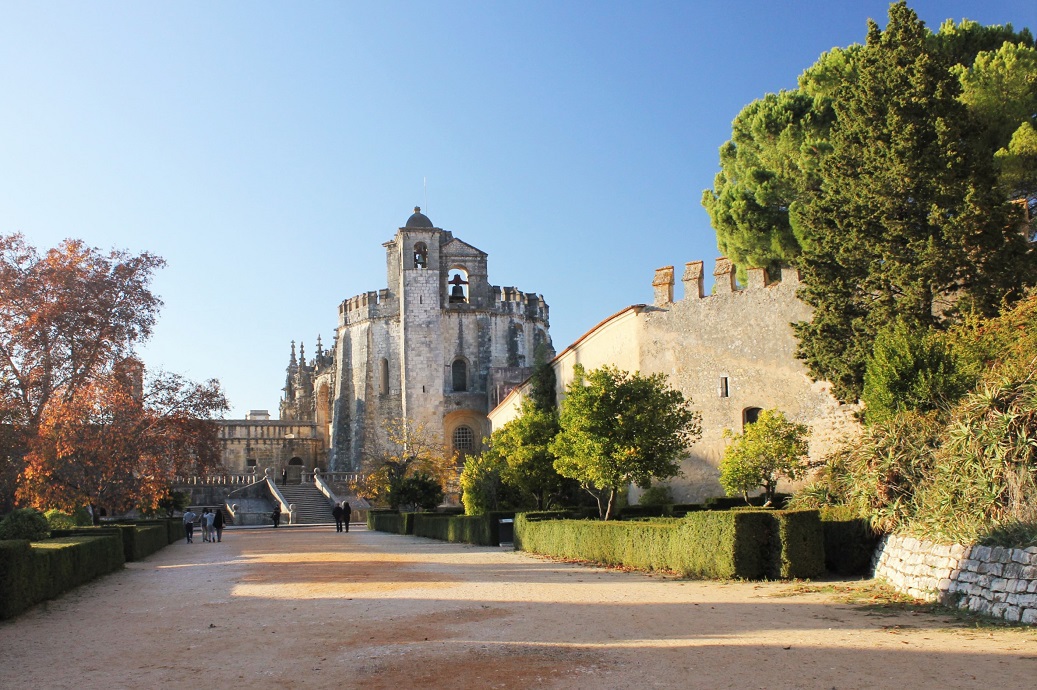 12th century Tomar fortress and convent were a part of Portuguese defence system. Inspired by the one in the city of Jeruzalem, the Holy Grave chapel, the most amazing part of the entire compound, was built in this very era. The decoration of the chapel was created in another imporant era of the convent, its renovation. It took part during the rule of King Manuel I (1495–1521). The antire art era bears his name, the so called Manuel style. It combines late Gothic, Italian Renaissance, and Moor influences. Among its most spectacular pieces is the decorated window in Tomar convent. It was created by Diogo de Arruda. St Jerome convent, Lisboa is among the most important examples of Manuel style. 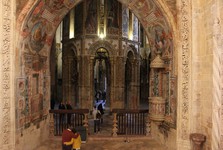 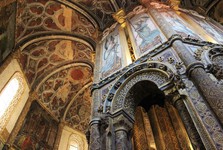 But we are getting to far before ourselves. Let us share with you a couple of lines on the dissolution of the order. It was due political intrigues as the order itself was very rich and powerful and was independent to secular power. In hierarchy it was right under the pope which Phillip IV of France didn't like much. On the other hand, he recognized oportunity in vast Templar assets to cover his deep debts. Eventually, a campaign was launched against the order and the order would be charged with heresy. However, even after its abolition the order still remain in Portugal though under a different name Order of Christ. All templar property in Portugal, Tomar convent included, would transfer to the order. 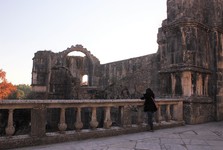 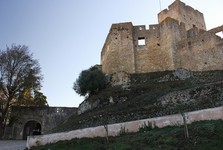 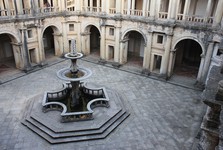 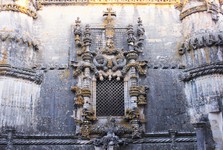 The cloister was not only a place of meditaiton but also a place of defence. Its design suggest that right away. At first you may think that you are entering a plain, medieval fortres. Inside you will marvel at rich decoration. What makes Tomar convent especially wonderful is the diversity its architectonic stalyes and features which got mixed here throughout the history. There are classic Portuguese colorful small tiles (azulejos), in the other section of the convent you will spot Asian influences, then rationalism, symmetry, and you will be charmed by its romantic ruins. The UNESCO-protected convent as well as the entire town below will suprise by their atmosphere. 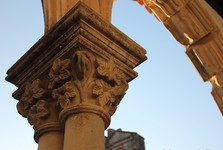 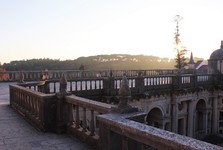 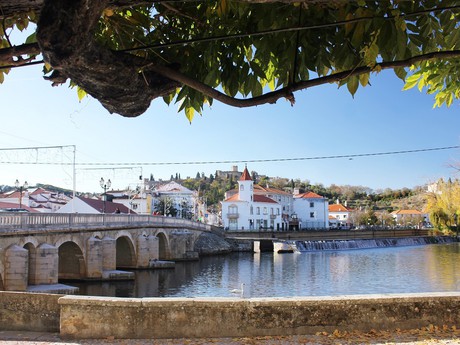