en.infoglobe.cz » Russia – Local Versailles and the Atmosphere of Tsars

Petergof is truly majestic - besides the main palace, which is a great attraction for tourists, there are several other buildings, palaces, museums, parks and more than a hundred fountains. Here you can spend the day which takes you back to the times of tzars.  and you will forget that it is actually the 21st century. 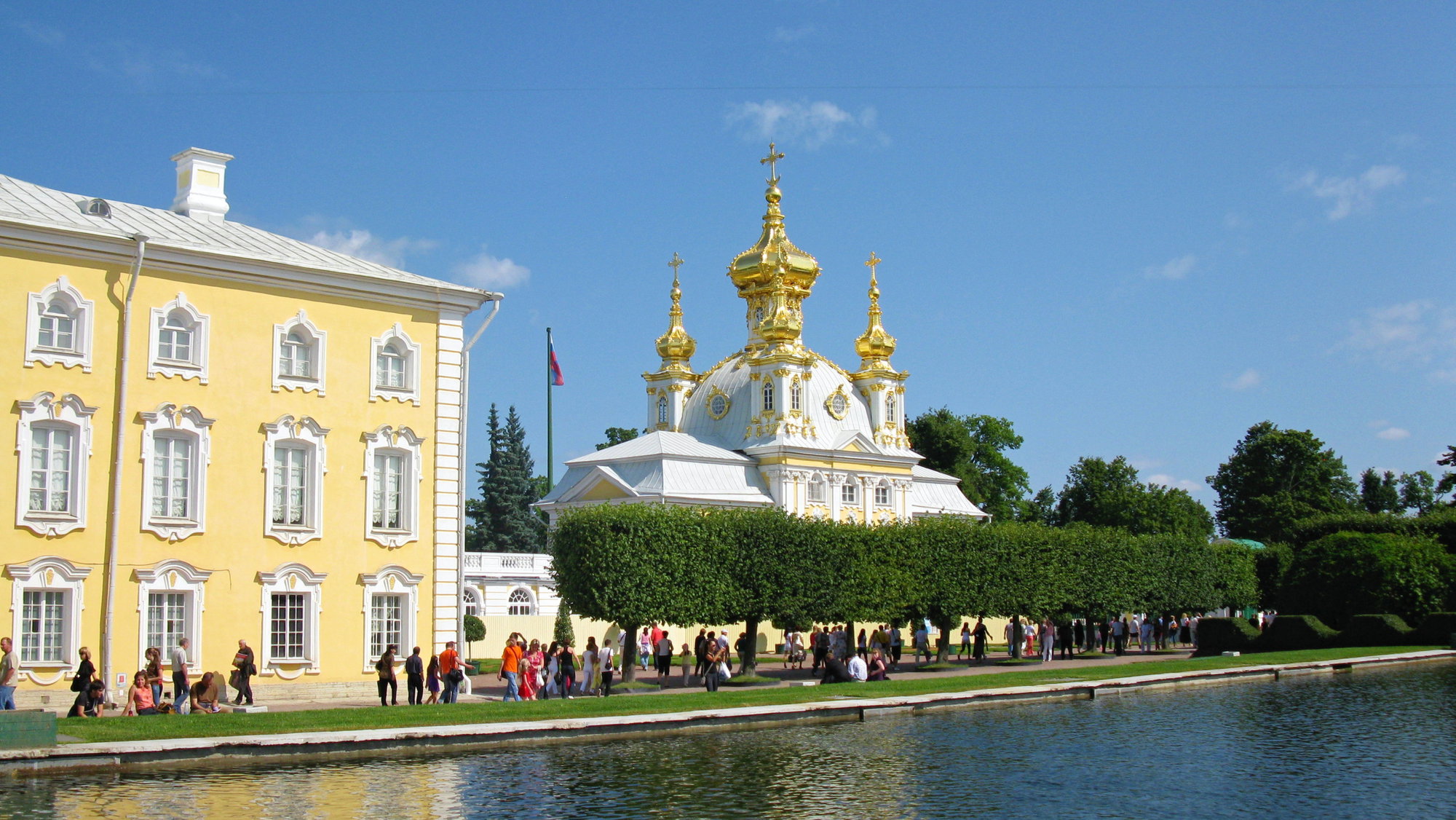 The main palace runs the promenade called Nizhnyi park, which crosses the Waterway. Tzar Peter the Great loved the sea and water. If it was even slightly possible he traveled on a boat. The waterway is a few hundred meters long water canal that connects the Cascade in front of the main palace with the Finnish Gulf. 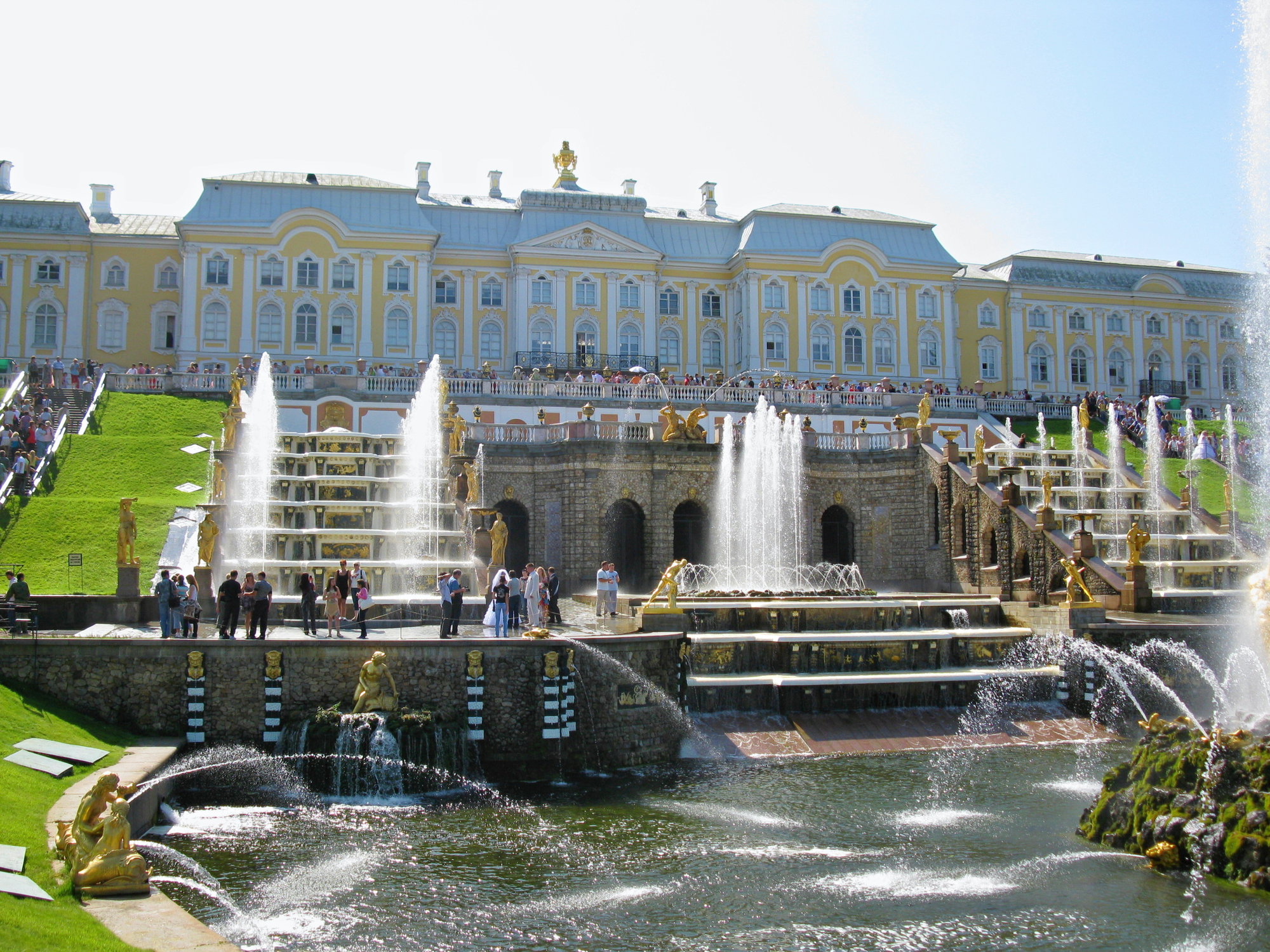 The Cascade is a very nice and interesting element, full of sculptures and fountains. A total of 140 fountains are located in a relatively small area, and when the water sprays, it is a deafening noise. Looking at the Cascade, your attention Samson will surely attract your attention, who fights with the lion. This statue, the author of which is a court architect of Italian origin Bartolomeo Rastrelli, is a symbol of the victory of Peter the Great over the Swedes in 1710. The stream of lion's water reaches a height of 62 meters. It is the largest statue in the complex. Most statues in Cascade are inspired by ancient mythology. 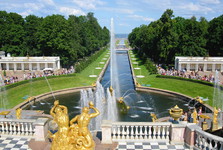 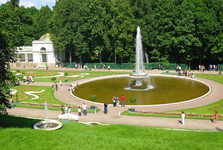 When we go over the Cascade, we find ourselves on the chess pavement in front of the main palace building. It is hard to imagine how the palace was damaged during the Second World War. Paradoxically, Soviet bombs - Hitler wanted to organize a celebration here. However, Stalin crushed his dream and started to bomb the palace. In addition, the German troops stole the site and the restoration of Petergof lasted for the entire second half of the 20th century. 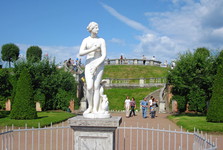 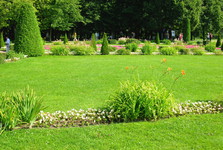 Although it is a place full of tourists, you will find your quiet place here. St. Petersburg families come here to relax and have coffee in the café on the Gulf Coast or a picnic in the park on a weekend. If you want, you can go on a tour of the main palace. Its interiors are breathtaking - they are the work of Catherine the Great, who let the room decorate. 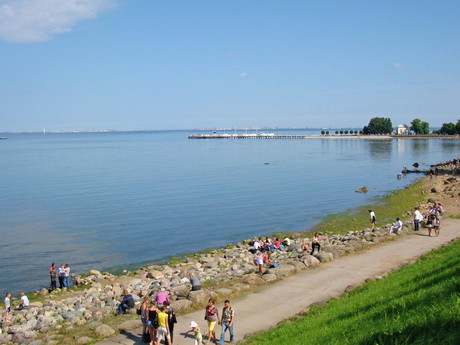 When visiting St. Petersburg, it is definitely a good choice to spend one day visiting Petergof. You can get there by suburban train or bus. The journey takes less than an hour. I used the minibus, the so-called marshrutka. These minibuses run in the summer period continuously between the centers of both cities. If you want a little romance, take a cruise - it leaves from the port of St. Petersburg every 30 minutes (10-18 o'clock). Inside Petrodvorec, entries to individual buildings are paid separately.