en.infoglobe.cz » Russia, St. Petersburg: Hermitage - Past Blending with the Presence

After the famous October Revolution, the communists also expropriated collections of noble families that were transferred to the Hermitage. Later on, some of the exhibits were sold abroad. During the Second World War, museum buildings were destroyed, but the collections were saved.

Six departments are located in 350 halls where about 65,000 exhibits are exhibited. But the museum has a total of three million. Therefore, there is only a small part. Hermitage even boasts the largest collection of paintings in the world. Only Catherine reportedly gathered 3,996 paintings during her life. 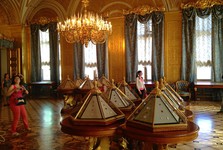 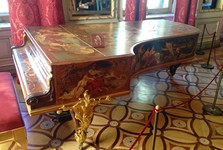 Today we can admire the exposition of the oldest preserved art on the territory of the former Soviet Union - Paleolithic period, antiquity, Egyptian mummies and other exhibits from ancient Egypt, Mesopotamia, Central Asia, etc. Western art is represented here from the early Middle Ages to modern art. For example, Madonna Conestabila from Rafael, Madonna Benois and Madonna Litta from da Vinci, or statues and paintings by Michelangelo. With famous paintings, we can continue to name names such as Picasso, Gauguin, Van Gogh, Rubens, Rembrandt ... Are you missing Russian artists? Yes, they have their works exhibited in the Russian Museum. 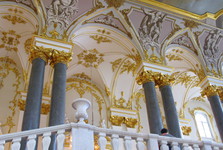 A great attraction for visitors is also a collection of jewelery and valuables in the Briliant and Gold Treasury. But you can not find coronation jewels. If you want to visit these tresuries, you need to book your visit in advance. A guided tour takes about 90 minutes.

If you enjoy history and art in particular, you should not omit the Hermitage during your visit to St Petersburg. Just passing through the museum buildings is a remarkable experience as these buildings are beautifully decorated. And of course the Palace Square - the courtyard of the Winter Palace. The Alexander's Column dominates the square, which gave the Emperor Alexandr I to build in honor of victory over France during the Napoleonic wars. Its height is 47.5 meters and the point of interest is that it is not attached to the ground, it only holds its own weight. This is one large piece of granite, on whose top is an angel holding a cross. His face seems to resemble the face of Tsar Alexander. 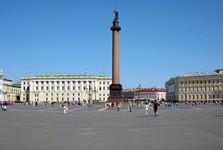 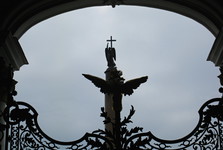 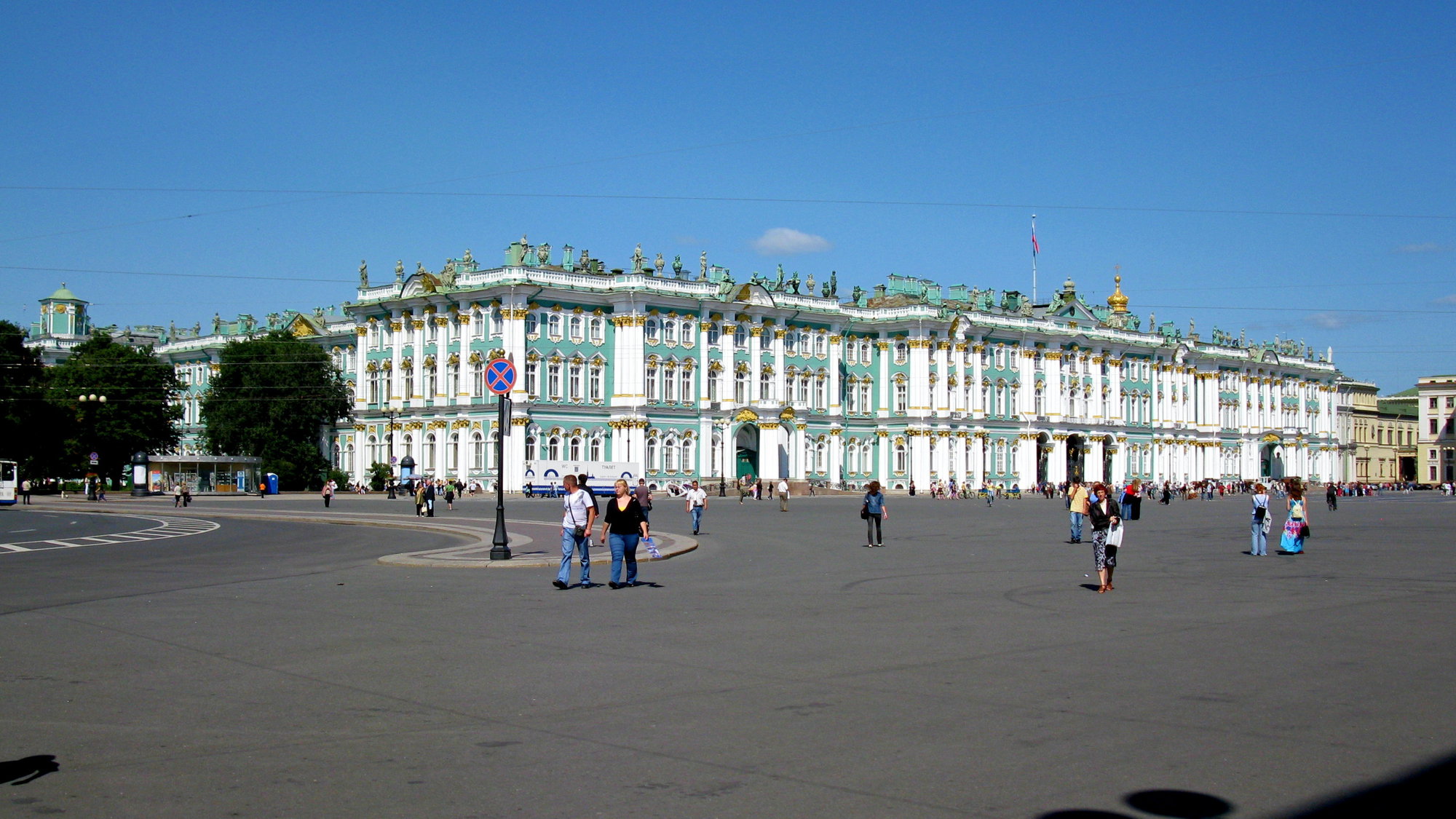 Hermitage is a large museum, and if you want to see it really thoroughly, you can buy a two-day ticket (only online via the museum's website). One-day ticket, which includes everything you can visit, costs 700 rubles (approx. 10 USD). You can buy a ticket for 300 rubles on individual expositions. Every first Thursday of the month is a free entrance, which also corresponds to crowds of visitors. On Monday, the museum is closed.