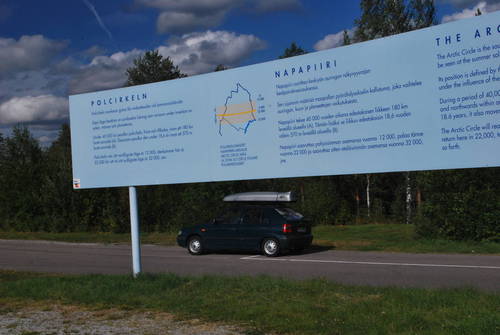 We had learned there is occasionally good weather in the Sarek National Park and we were about to experience it on our own.

When we had returned from a short trip in the Skuleskogen National Park we had to pick up the last member of our group, Zuzka, at Luleå airport and move to the place from where we would then visit the Sarek NP. 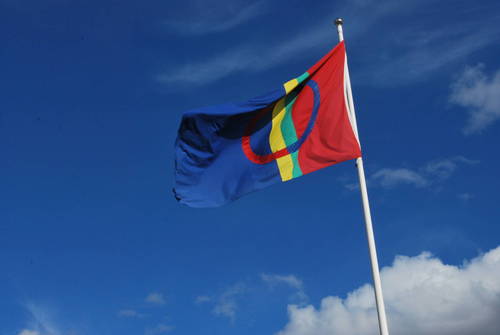 Before we picked up Zuzka we had found a place on a beach where we camped, cooked and bathed. After we picked Zuzka up we ate and went to sleep. It took us a long time to get out of our beds in the morning and get on a road again. Not far from the town ofJokkmokkwe crossed the Artic Circle . After we did so we were thinking of having a short break for a lunch.  Eventually we turned back and moved to the Artic Circle. There Zuzka take good oldCzechschnitzels out of her bag. She brought them all the way fromPrague we appreciated. We sat for a while had a chat and took a picture of a Lapland flag waving in the wind. Then we got back into the car and crossed the Artic Circle for the third time. 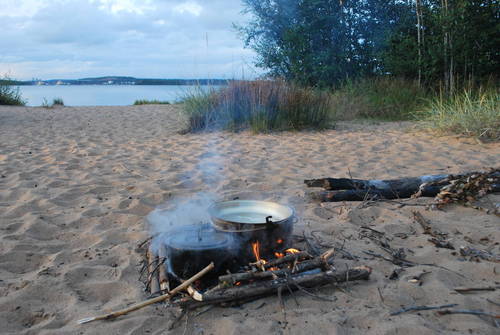 We passed through the largest city in the area, Jokkmokk, and continued on northwest to Kvikkjokk. We saw a beautiful landscape as we drove – forests, lakes and mountains. It occurred to me it would be worth exploring this area, camp there for some while by some beautiful lake and just vegetate – catching some fish, gathering blueberries, taking trips. Just run together with nature.

But we were driving to the Sarek National Park. A starting point for our trip there was a parking lot in Kvikkjokk from where you continue to the park. Thenorther route Kungsleden leads there. It is about 440 kilometers long and it goes from the Abisko National Park to Hemavan in south. We also plan to walk some part of this route and then continue more deeply into Sarek. 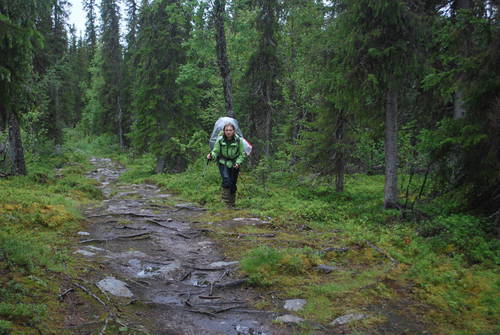 Right after we arrived at the parking lot we threw almost all our things out of the car and repacked them for the journey. It took us some time and when we also added some water supplies from theRiver Gamajohka it was already getting late. Thus we spent only two ours walking along the King’s road Kungsleden. After that we were seeking a place to set up a camp. It was easy task since there were many such places for tourists. It started raining before we managed to make a supper and when we got to our tents to have some sleep, it was raining like crazy. We were hoping the weather will be better on the following day. 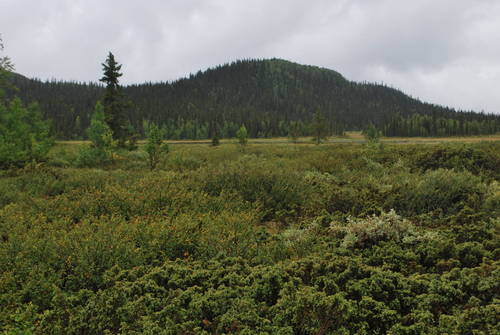