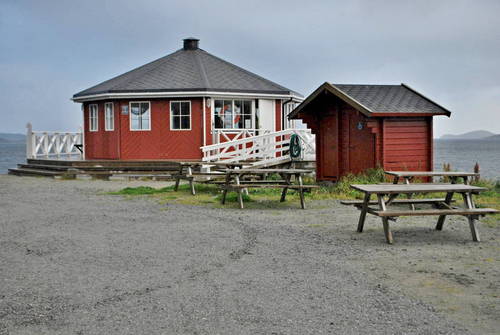 It was our goal to explore even a little bit of Norwegian shore, this destination was only a little detour of our way home to Prague.

When we arrived at the place, it was raining heavily. It was already evening and there was only a small piece of land in front of us, a roofed summerhouse and then there was only the sea. We got out of our Felicia right into the rain; we read a sign on the summerhouse’s door. It stated that all visitors are welcomed. We spent the whole night in the summerhouse but we were worried we would be cold as wind was blowing there and there was little protection against it. But our worries were irrelevant. Our warm sleeping bags provided us with sufficient comfort. Thus we slept through the whole night. 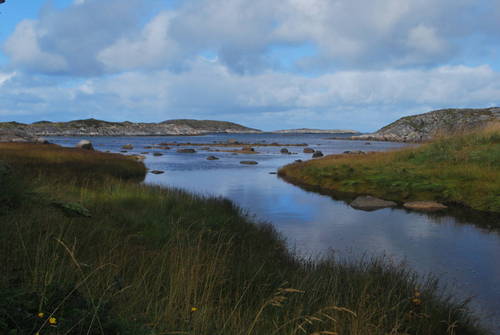 In the morning, weather was much more pleasant than yesterday. We were glad as we could spend few hours at least walking. Near the summerhouse we found a board with a map where were some trip suggestions. We choose one of them; it lead along the road and then it turned to a forest filled with large and sweat blueberries. It was a paradise for me, literary.

A road went through a forest, it consisted of wooden pathways and stairs. The forest itself was amazing; it was almost a virgin forest. A heavy rain, which surprised us, enhanced atmosphere, however, it ceased soon and suddenly we were walking on very slippery pathways. When we went out of the forest on a stone platform the sky was already blue and there were no signs of rain at all. Around us there were beautiful sceneries and we didn’t regret that we set out on this trip. But we got lost for a whil, however, we got back to our Felicia, eventually. 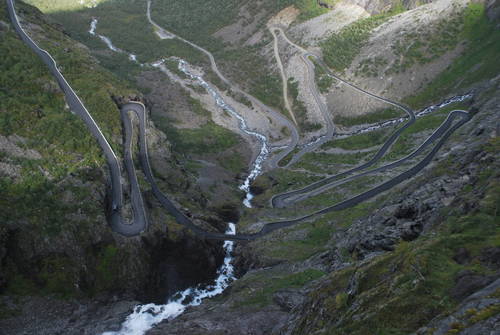 so this was last and little longer trip in Scandinavia. After we got back to our car in Utvorda we had three day road ahead. One of these days we spent on the Troll’s Road that our old car handled pretty well. We got out of the car for about an hour and enjoyed beautiful scenery. There were several similar stops like this on our way back. But, overall, there was not that good weather in Norway so some of our plans were not carried out. For instance, when we arrived at the Jotunheimen Park a strong wind caught us and we had to spend the whole night in the car as it was the only place where we could go through the night as our tents wouldn’t possibly last. As we thought, the morning wasn’t much better so we moved off as soon as we could. Had I planned a journey to Scandinavia again, I would choose June rather than August/September as weather in June use to be better. 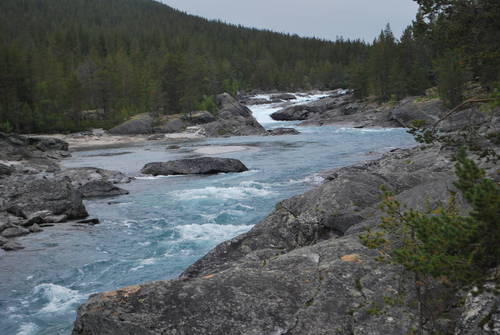 But still I claim that the countries of Scandinavia, i.e. Sweden and Norway, lived up to my expectation. As I say about every country I have visited, I would like to return there once more. Unlike Peru or Nepal, Scandinavia is much more closer, almost around the corner.