en.infoglobe.cz » Scotland – A Trip to Inchcailloch Island and Kilchurn Castle 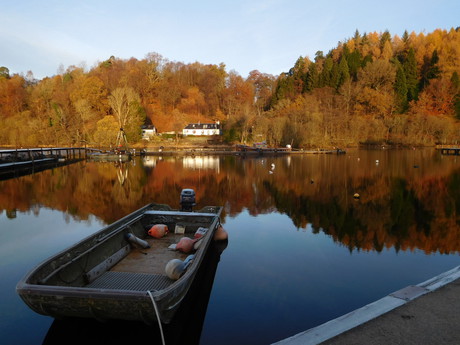 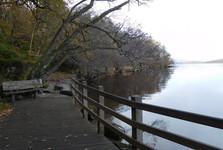 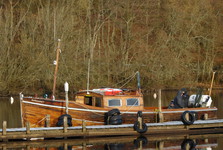 In the morning, we arrive at Balmaha village on the eastern lake shore. A visitors' center, a boat rental which allows you to reach other islands around are both situated there. In our case, we take a ferry. It doesn't have firm operating hours, it works upon agreement (but not earlier than at 9:30 a.m. and even later on cold days). Moreover, you may rent here fishing equipment. For 5 pounds we buy a return ticket to the small island of Inchcailloch (the Island of an Old Lady), one of Scotland's great nature's treasures. Upon arranging a time of our return with the ferryman, with couple of fishermen we set sails to the island. It takes mere an hour and half to walk through the entirity of Inchcailloch which is why we decide to take the longest circuit showing all the island offers. Through mysterious forest we ascend to the highest hill on the island reaching up 85 meters above the water surface. There we enjoy amazing vista over Loch Lomond, islands, and hills in the distance. Wonderful. 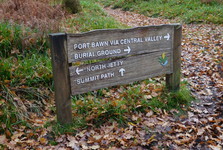 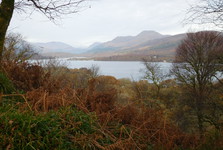 We go further down the trail. There is no other ascending terrain along our trek. We frighten some does by accident on the way to a small beach where are toilets and picnic tables. Apart from signposts these are the only traces of civilization around these part. By going back towards the forest we reach an old cemetery and 14th century chapel ruins (Inchcailloch Burial Ground). St Kentingerna, an Irish sait, was burried here in the 8th century. The entire place is magical. In twenty minutes, we get to the wharf again. A boatman lift us up and take back t Balmaha. 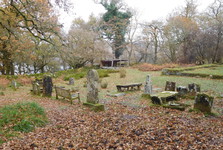 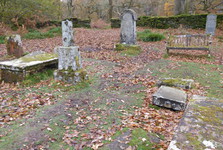 Upon our visit to Inchcailloch island, we are about to travel for several hours to other place. The night will we spend at Fort William which is means we will be much clsoer to Skye island. We cross the Loch Lomond and The Trossachs National Park, and the northern we get the often we see snow-caped mountain range. What a beautiful scenery. In the middle of the way we turn off the main road and take a half-an-hour detour. Temped by its photos we wanted to see Kilchurn Castle. Well, it is more of a ruin of what once was a castle by Loch Awe. Built in the 15th century, Kilchurn Castle is one of the most photographed castles in Scotland. It is fully open only during summer. We reached the castle from outside via a pathway. 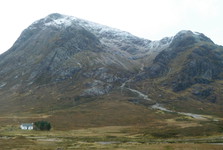 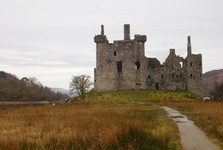 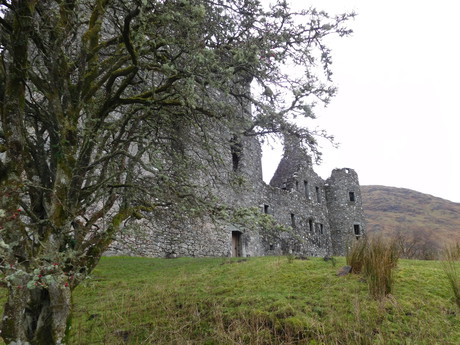 However, the castle is the evidence that adjusts it very well and changes the reality. Unfortunately, don't expect any wonders. It is a beautiful ruin with sheep running around it. When looking towards awy from the lake you may enjoy a maginifcent vista in good weather conditions. Something really unusual in Scotland. Kilchurn Castle disappointed us slightly, on the other hand we were pleasantly surprised by snow-caped mountains, waterfall, and furry "Scotish cows" around there. 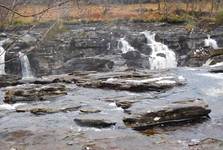 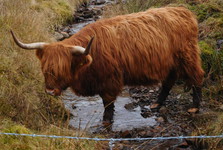