The sailboat was launched as the last of the royal vessels in 1953. After its service, it has been moored on the shores of Edinburgh since 1997. The entrance is via the shopping center on the third floor. The tour is interesting, starting on the captain's bridge, you descend the decks from the upper to deep into the ship. 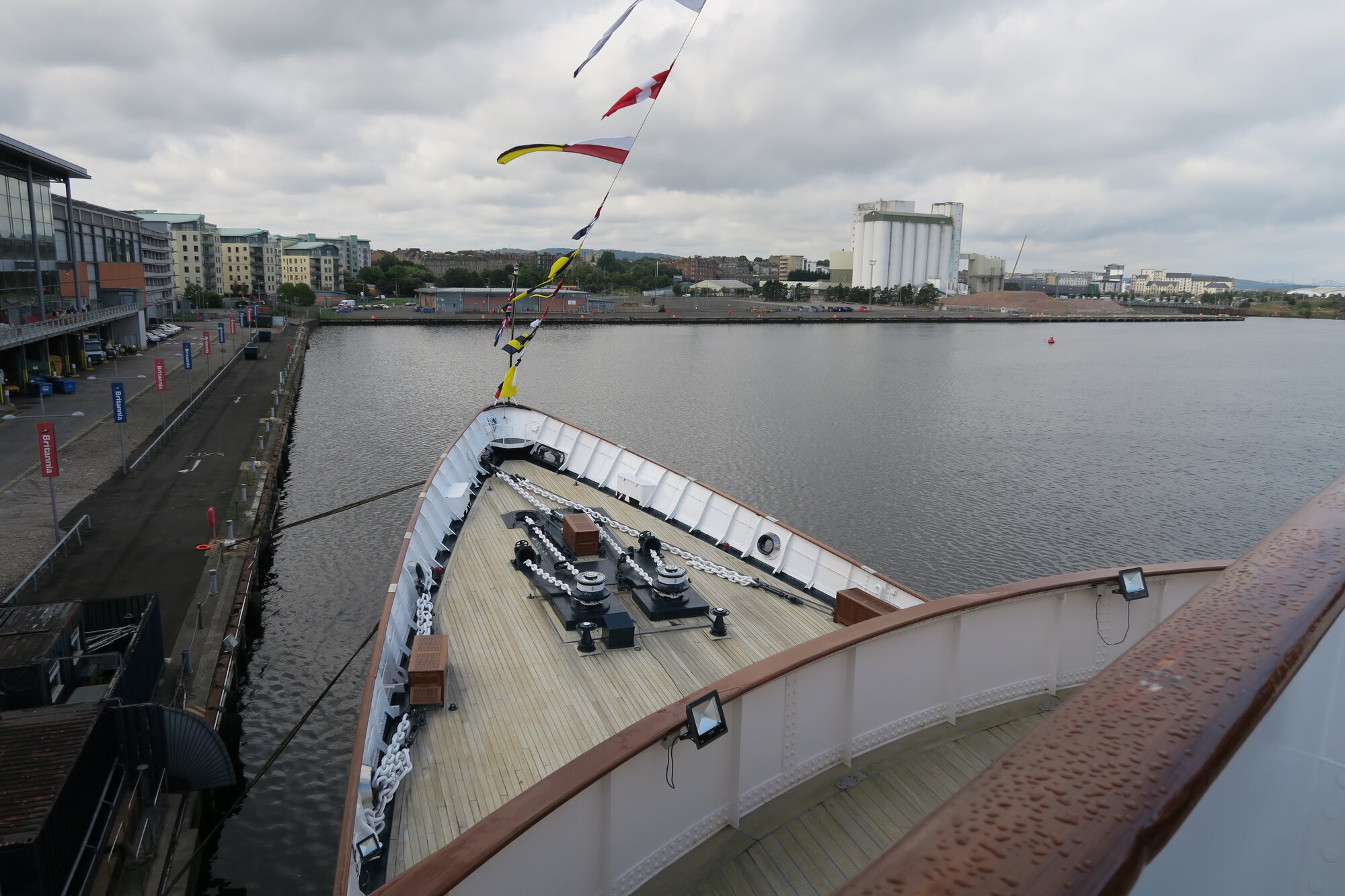 It is impossible not to notice that we are accompanied by plush dogs in almost every cabin and room of the ship. Queen Elizabeth II is an animal lover. During her reign, she had so far over thirty Corgis dogs. The queen also bred a new breed called "dorgi", which is a cross between the Corgis breed and her sister Margaret's dachshund. In front of the ship are the cabins for the crew, in the rear of the ship are the cabins of His Royal Majesty. The interiors have been tastefully designed and furnished so that this "floating palace" resembles a country house and makes members of the royal family feel comfortable. 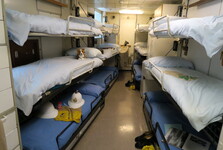 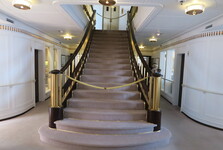 History breathes on you from all parts of the ship. You can look into the royal family's private bedrooms, the queen's study, the reception room for visitors, the dining room, the galley or the infirmary with an operating room, as well as the laundry room and the engine room. In the display cases, you can admire the gifts from all over the world that the family has received. The service on the table is carefully prepared, just settle down. On the walls of other rooms are photographs of the royal family. During the tour we will learn a lot of interesting information. For example, that in the large reception room with a fireplace, the queen wanted a real fire, but according to maritime regulations, a lifeguard with a bucket full of sand would have to stand by the fireplace during heating. And so the queen was finally satisfied with the electric fireplace. There is even room on board for the Royal Rolls-Royce. It is common knowledge that Prince Charles also spent his honeymoon on the yacht and Princess Diana walked with him and sailed on the Mediterranean Sea. At the stern you can admire the ship's bell. 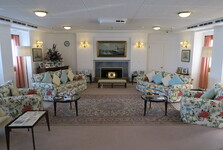 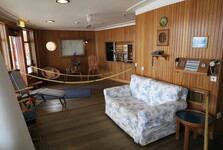 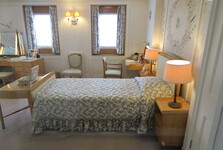 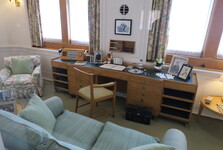 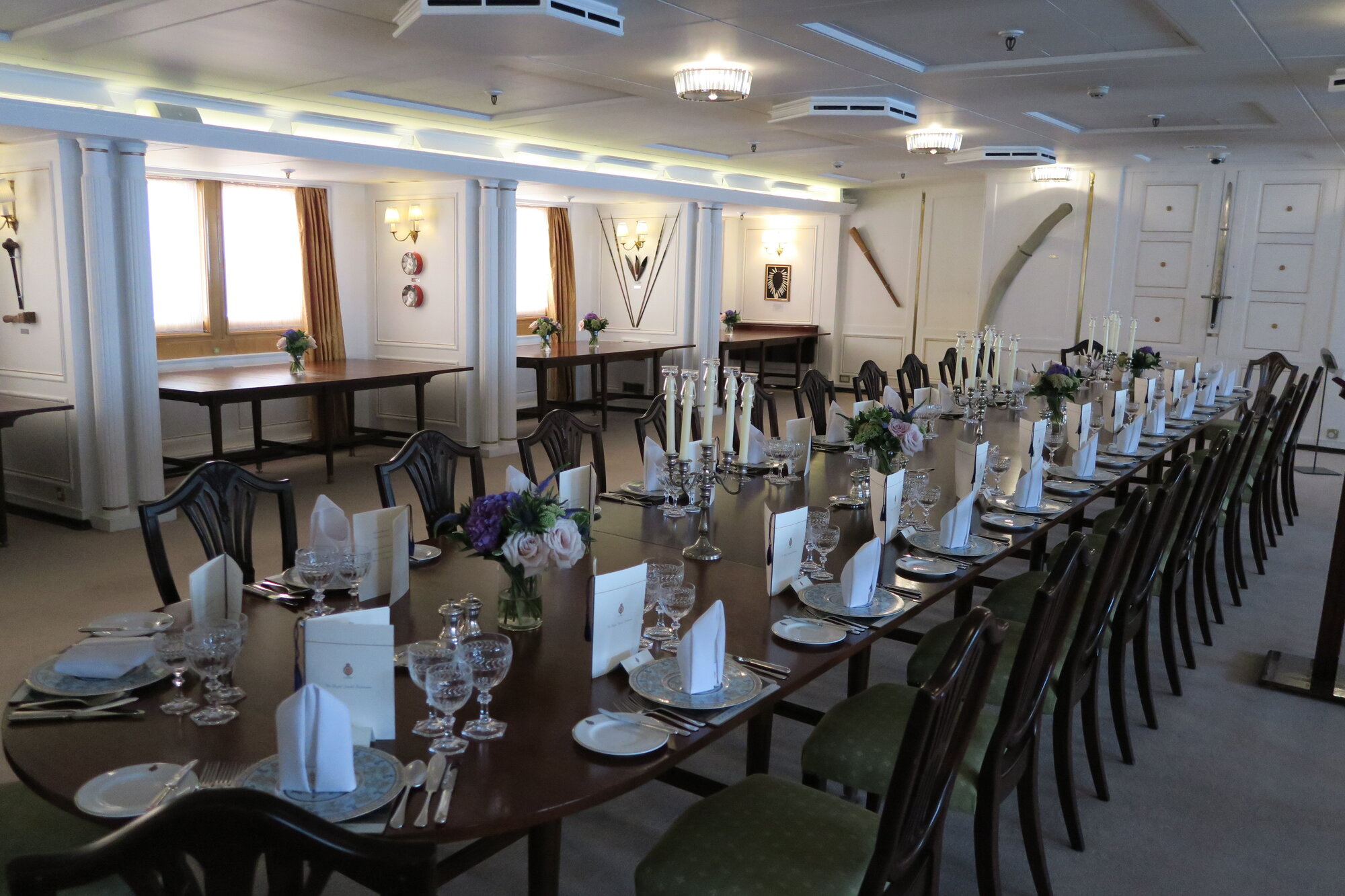 In the end, a nice surprise awaits us in the restaurant, which is part of the ship. After a two-hour tour, we order coffee and serve it to us in an original way with a picture of the ship directly on the foam. It is also worth mentioning the souvenir shop, where you can buy a variety of gifts, toys or clothes with a nautical theme. 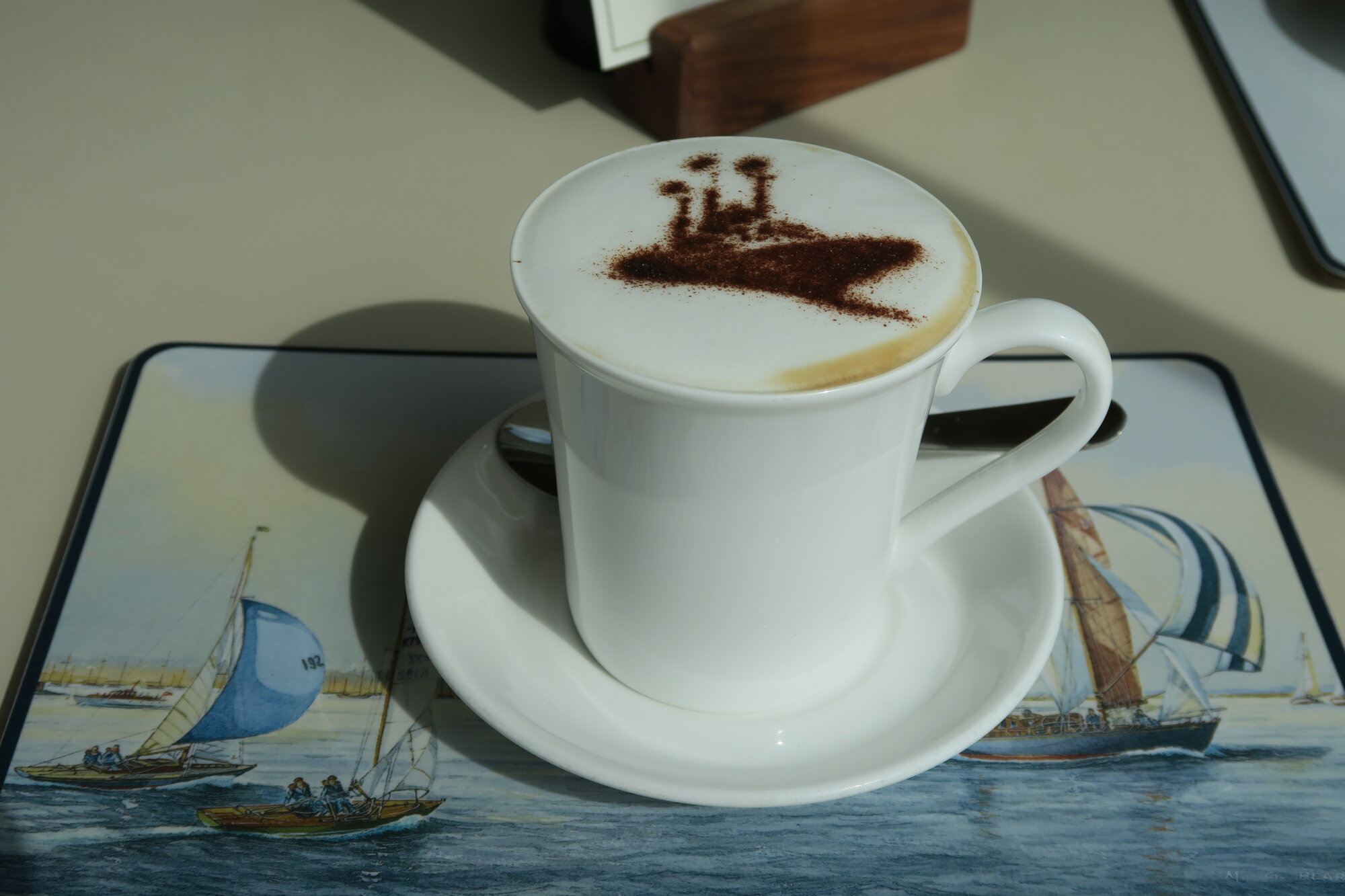