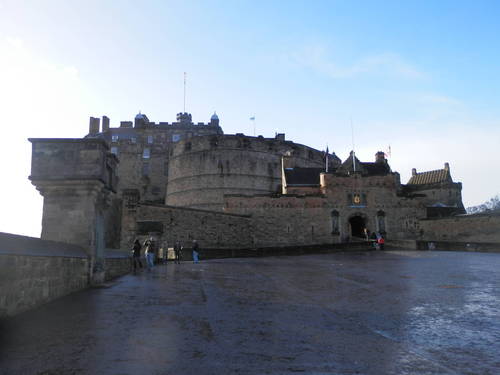 Fortunately, unlike other cities, there is available affordable and quality 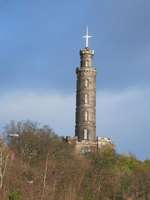 accommodation for backpacker; thus the ordinary man wouldn’t be ruined by several night in a hostel right below Edinburgh Castle. The castle stands on a high hill; this hill together with the Holyrood Hill and Calton Hill are sort of orientation points. Moreover, the so-called Royal Mile begins at the castle and it goes through the city until it reaches the Holyrood palace, the summer residence of Queen Elizabeth. During a walk along the Royal Mile you would encounter many interesting stops; right few meters from the castle there is an entertainment center the World of Illusion. There, except various optical illusions, you would the the Camera Obscura. This local attraction is a mysterious system of mirrors and lenses that will bring an image of the street right in front you on a table. However, don’t expect any hi-tech, for this was an attraction for aristocrats 150 years ago. 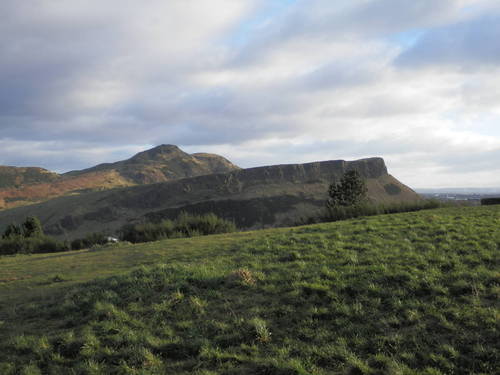 Near the World of Illusions there is one of the most beautiful of local cathedrals, the St. Giles. Inside this Gothic marvel is the so-called Thistle Chapel finished only in 1911. It serves an order of the same name, this order is considered the oldest and most honorable and its member is Queen Elizabeth herself; she confers knighthoods there. The whole cathedral is very impressive and you wouldn’t think that during the reformation it was very far from dignity. After the death of local reformer John Knox the cathedral was used for everything in following 300 years; there was a police and firemen station, school, coal shop, and also a “Maiden” stood there, a Scottish type of guillotine, and in a corner there was a prison for “harlots”. Mr. Knox would be unpleasantly surprised, perhaps as a sort of apology later they built his life-size statue in the cathedral. 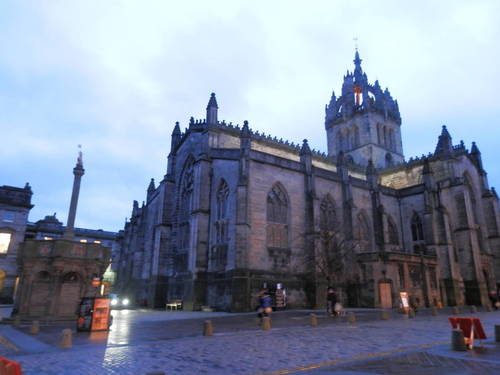 The Mile continues along many interesting houses until it reaches the Holyrood Palace. Around is a vast complex of houses that is in UNESCO’s World Heritage list, it is the Scottish Parliament compounds. The construction began in 1999 and it took three years longer than it had to and, particularly, it cost 300 million pounds more than it had to. The public doesn’t like this, but experts like the buildings. The low buildings within the compound symbolize connection of Scottish nation with nature. 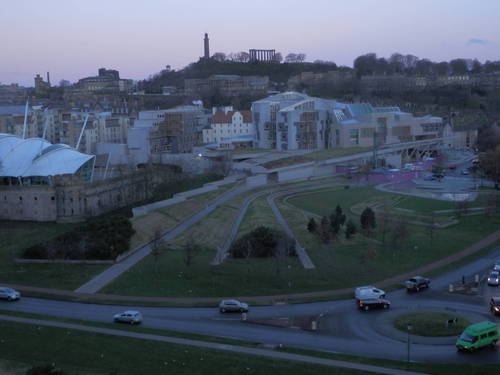 Other decorations at minimalistic house of commons are inspired by „Skating Minister “ by Henry Raeburn. The painting is located in the National Gallery nearby, together with other galleries they make a large collection of art from all around the world, there are pieces by Leonardo Da Vinci or more contemporary authors. Also, the Scottish National Portrait Gallery . 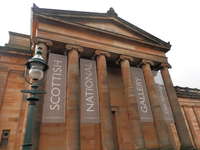 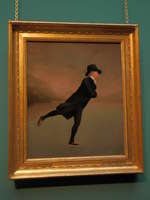 Its inner decoration makes it one of the most famous buildings in Edinburgh, moreover, it is the first portrait gallery in the world. The building is covered with portraits of historical figures, from statesmen to poets. Two great heroes – William Wallace and Robert Bruce, guide the entrance to the gallery. It is pointless to say that you would meet them there for the last time. The Scotchmen are proud people and on your visist of their land you will understand why. 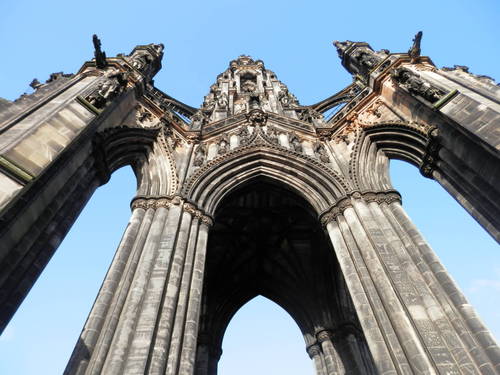