On a small area, Skye offers, except forests, everything people go to Scotland. Beautiful mountains and dramatic natural scenery, waterfalls, cliffs, heaths, incredibly green meadows, whiskey distilleries, fish-bars, beautiful sandy beaches, lakes, the ocean and sports.
In the morning I got up again in heavy rain and in truth I did not want the bike at all. In the end, I didn't regret that I was off. From the town of Kyleakin at the bridge to the mainland, with a breakfast stop in Portree, I headed straight to my biggest destination of the day - The Quiraing. 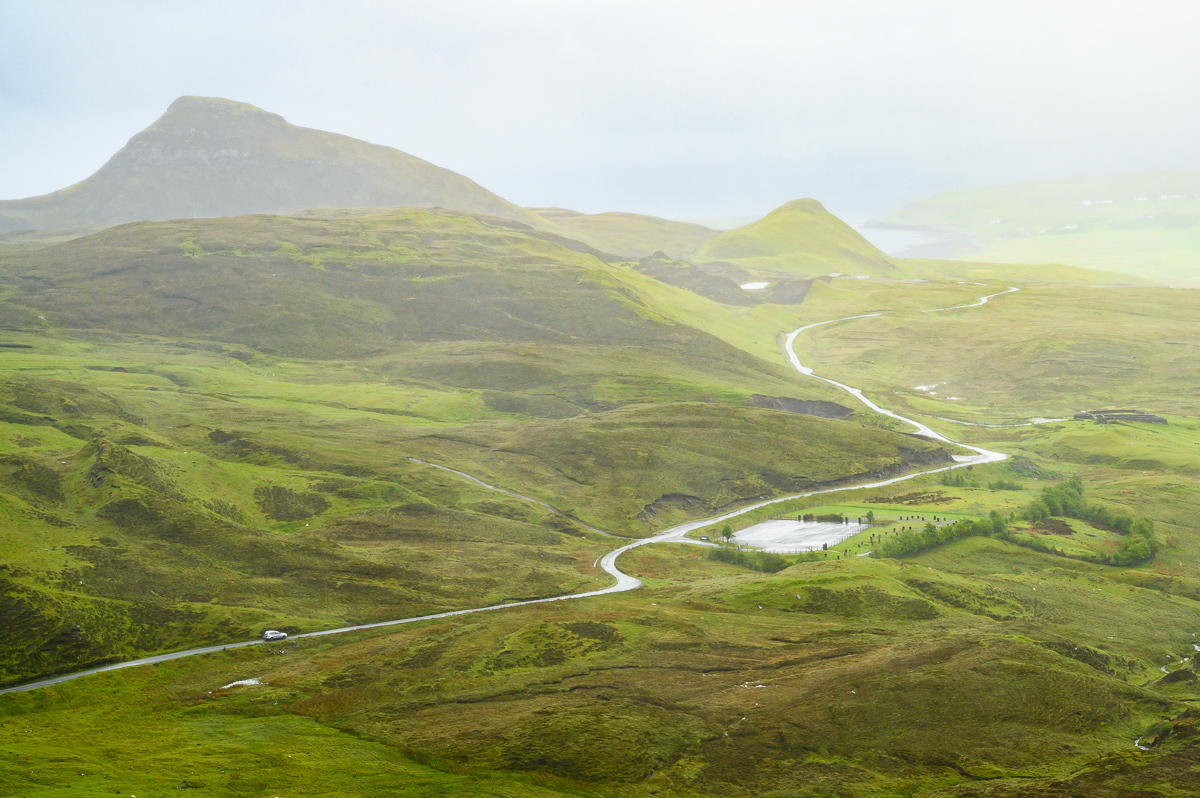 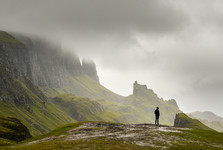 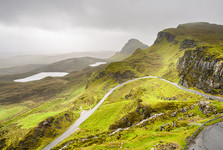 I parked my motorbike in the muddy parking lot and set off under the ridge in the rain. With every step I took liters of water into my shoes, flowing everywhere. But at the moment I didn't mind. The majestic beauty of the place is difficult to describe. The grass, thanks to the enormous humidity and demanding conditions, has perhaps the greenest color you can ever imagine. From the rocks of The Quiraing, which are completely obscured by heavy gray clouds at any moment, many streams run down and fall sharply, and the line of the rugged coastline looms in the distance. 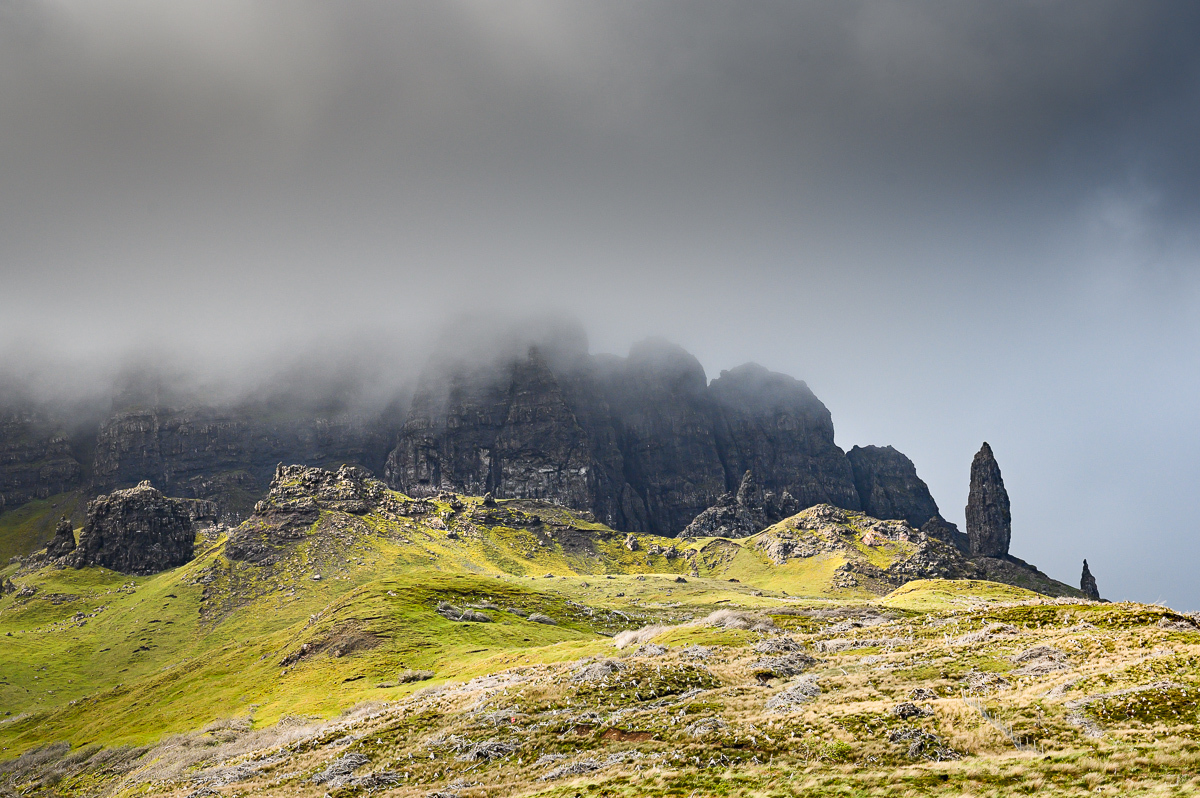 Suddenly, a strong wind rises and gradually blows heavy clouds. I have already left the summit path, descended below the rocks and I do not want to go back up. Still, I have a wonderful spectacle. The whole landscape is gradually lit by the midday sun and alternates with gray clouds. The rays sometimes fall on The Quiraing and I am sorry that in such a strong wind there is no point in trying to take off with a drone. 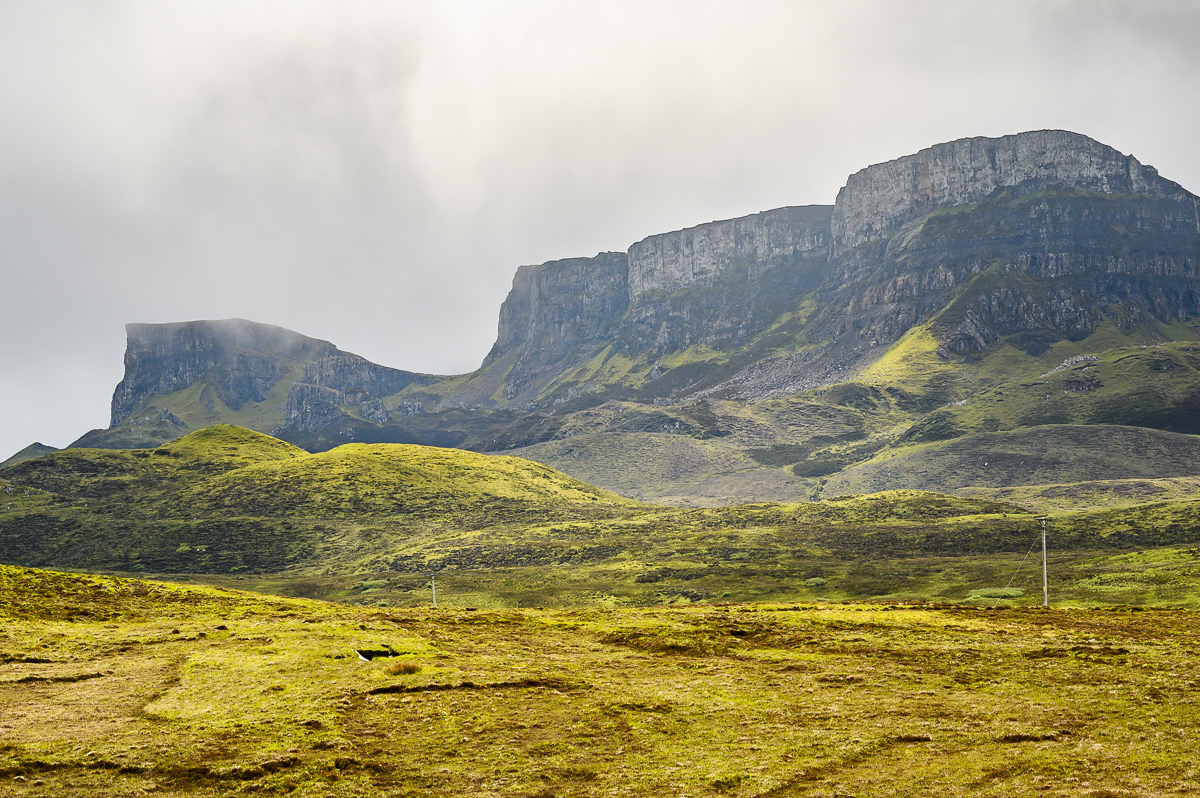 While the wind tried to throw me off the bike at the moment, but fortunately I was safely arrived at another place that would be a sin omitted. The Mealt Falls from a high rocky cliff straight into the ocean, and I didn't mind having to stand in front of them because of the blocked and partially flooded parking lot. 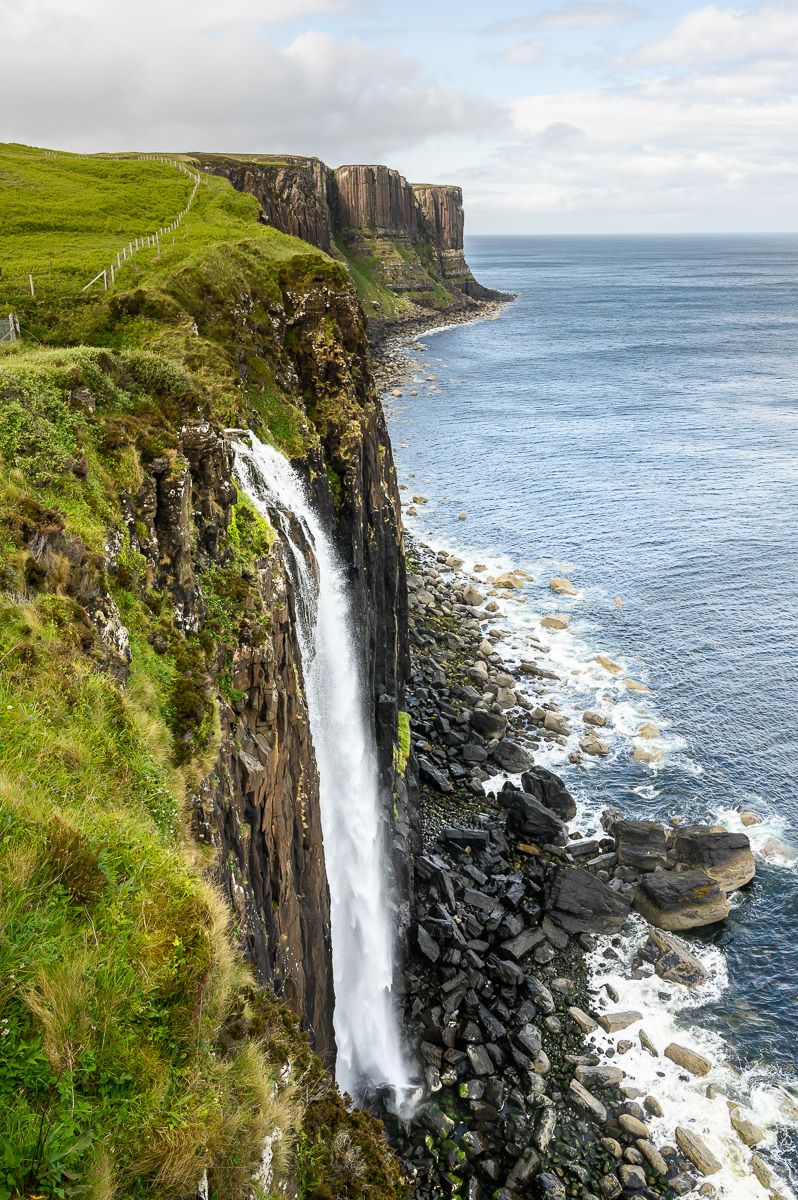 The Lealt Falls are just a short drive further south. After a heavy rain they were all the more majestic. What they lacked in height was caught up by the power and the roar of a huge stream of water. 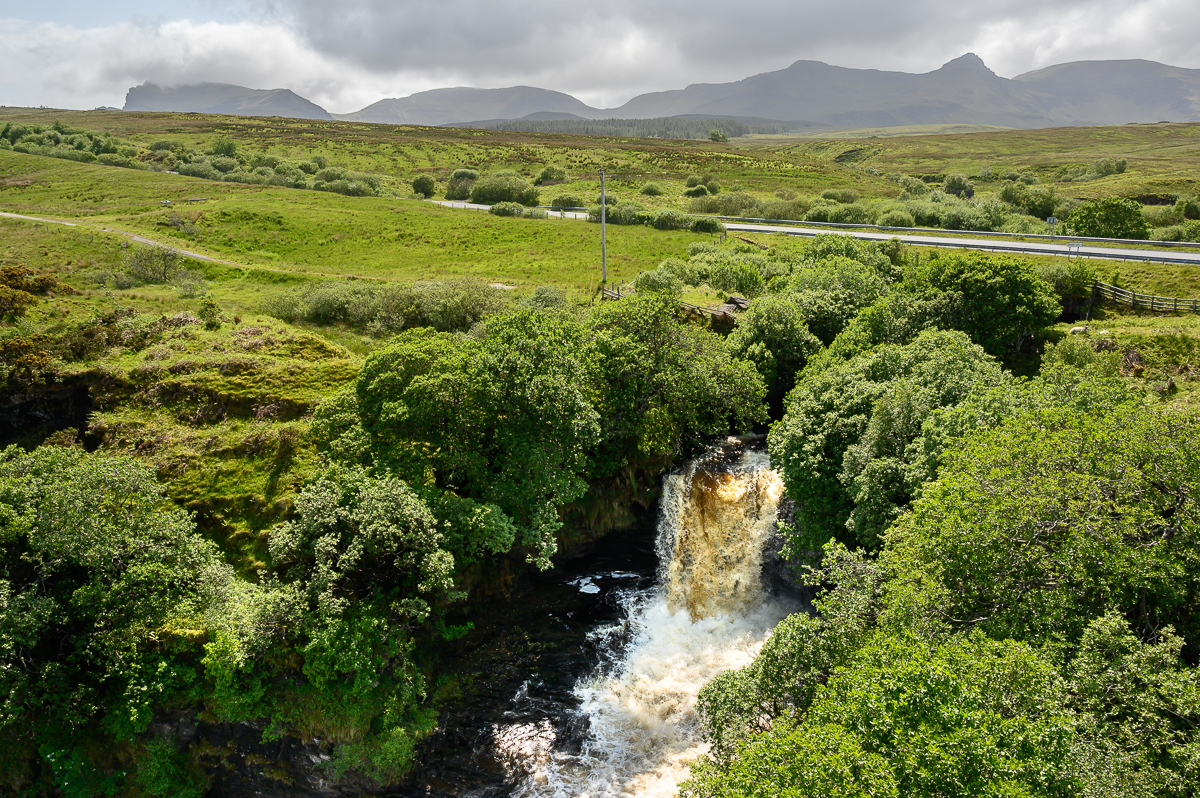 I'd like to stay on Skye for a long time, but unfortunately I was pushed by time, so I set out on the last part of my trip to Scotland, which you can read in the last episode of the series.