Clyde Muirshiel Regional Park is a place for longer walk in Scottish nature and to some smaller sights. The Semple Trail starts at the visitors' center of the same name situated near Lochwinnoch village. At the center, you may take a map of the park, buy something to eat, and, moreover, there is a large car park. Many Scots sail there in their canoes, cayaks, or bikes as the trail is bike-accessible. Be sure to have some quality shoes for the trail is often muddy. 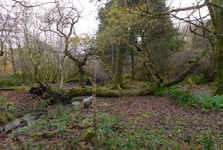 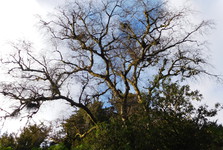 We set out along the lake towards Collegiate Church founded by Lord Semphill in 1504. The church was orginally a priest school. After lord's death a tomb was constructed there. Next we go through old forest full of autumn colors and encounter a herd of does, pass streams and little waterfalls, until we reach the Grotto. There are several lookout points along the trail. Then we go back to the visitors' center across of them, Parkhill. From there we move to Glasgow. 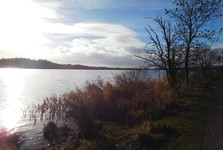 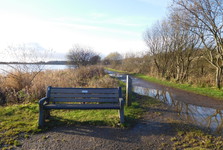 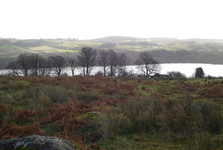 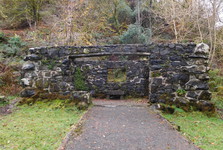 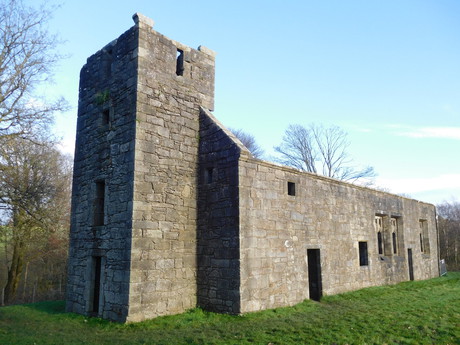 Despite Glasgow being titled the "city of design and architecture" in the 20th century, rather grey streets and many factories. We leave St Enoch Square and its Christmas market for St Mungus' cathedral. Then we walk along Buchanan Street featuring many stores, turn left to George Square founded in 1781 and named after King George III. The square features the memorial to Sir Walter Scott and the Glasgow town hall. By crossing Mechant City where rich merchants had their residencies in the past, we get to the cathedral itself. Built in the 13th century, the cathedral is a prime example of Scottish architecture. Moreover, the entrance is free. 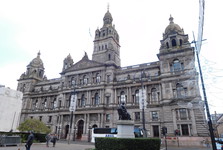 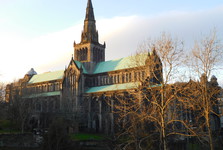 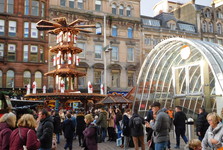 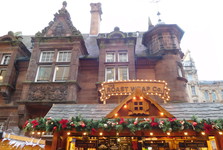 The sun sets while beautifully illuminating the hill behind the cathedral. We go there by crossing the old bridge, then walk along the cathedral, climb up to the top of the Necropolis with the graves of Glasgow finest characters. Scottish graves have something to them. We will visit more cemeteries but the one in Glasgow is one of the finest. On the top of the hill, the reformist John Knox's statue stands while amazing vista over the entire town opens up in front of visitors. 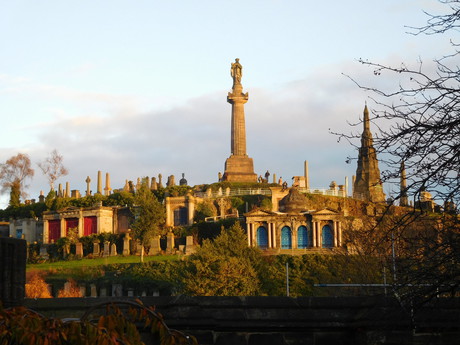 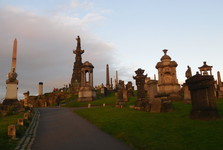 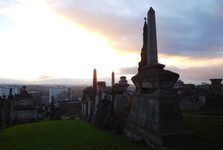 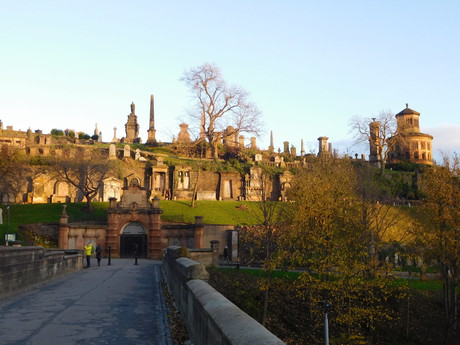 On our way back it is getting bit darker, so we stop at Christmas market to drink some mulled wine and then we step into one of great local pubs for a beer and a Scottish whisky. In the evening as well as at night, Glasgow is very vibrant, people are kind and prices of alcoholic beverages are pleasantly low.

Next Saturday we will travel to Inchacailloch island and Kilchurn castle.