en.infoglobe.cz » Scotland I: Land of Heather, Lakes and Sheep II

It is really warm there. Several clouds are flying in the sky and the sea lures me for a swim. After getting acquainted with it I rather stay on the shore. After several hours of walk I reach the town of Kirkcaldy. The sun is already setting so I start to wonder where I will stay over night. I do not want to pay for accommodation (and I can not for I have only enough money for some food). Building a tent is my only option. I do not have an idea where to built it so I go to the forest. It is close to the town and hopefully no one will disturb me. When I found out that the forest is actually a park my hopes are gone. However, I find a great place adjacent to former fortification that is right on the shore. It is still early so I wonder where to go next. I do not what to do next and suddenly realize how great was to buy a British SIM card and a tariff with unlimited Internet. 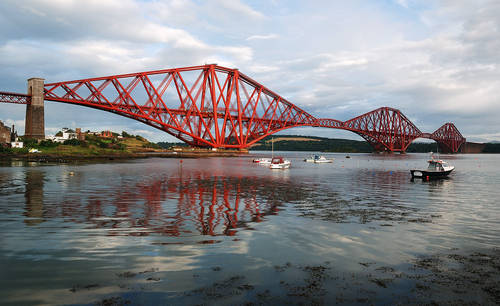 In the morning I set my direction to the main road. I did not come up with a destination so I just will go where some driver takes me. I have not waited for a long time. After ten minutes a mid-age lady stopped. My answer to her question on where I intend to go, amused her. She gives me several options where I cen hop out. Eventually I get off in Dunfermline –a formal Scottish capital. (Without this lady I would not be able to get on places where I was. She gave me enough courage and hope to reach my goals. I thank her for that!). 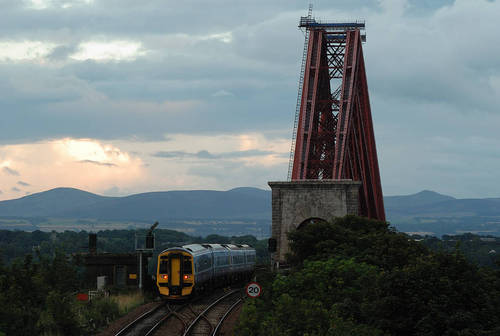 A day later, in one o’clock I get on a ferry heading to Stromness. My destination is clear now – the Orkneys . I take a strategic place on a very comfortable couch. Several minutes later I am defeated by tiredness and swinging. I woke up just at the moment when we passed by Old Man of Hoy. I am really at the Orkneys! Yet yesterday it seemed almost impossible for me to get here. 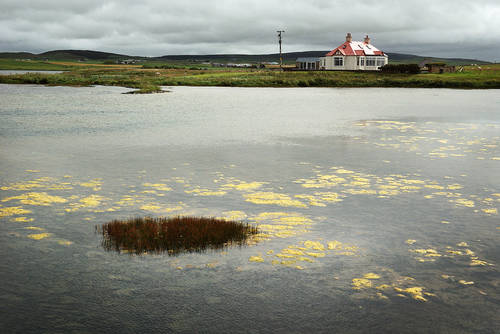 While walking at Stormness, inflammation of my Achilles tendom on my right leg is starting show. So I am absolutely in no mood to find some hidden place where I can build my tent. I find a place in a camp at the edge of one town. At least I can leave my backpack in the tent without worries and take a walk. On the shore there is a beautiful view of Hoy island – a huge cliff looming over the sea. I am starting to feel like I am in some another world. I pass by a bunker where artillery was stationed. Once it guarded a passage to the port. Bit further there are laying dozens of beautiful shells and the tide slowly shows rock formations in the sea. I discover a beach with many beautiful round pebble stones. My inner “child” cannot resist it. For about an hour I am focused on building “my” tower and I even do not realize that there is stronger ice cold wind from the sea. I realize it in a moment when I see a small fishing boat that barely keeps it direction. I returned to my camp and fix my tent to posts of a nearby fence. It would be unpleasant if I fly away in the night.