I first arrived in Inverness 8 years ago by night bus from Edingburg Airport. It was the first Scottish city I had the privilege of visiting, and perhaps more emotion was attached to it than the others. On a bike trip in the spring of 2019 I could not miss it again. 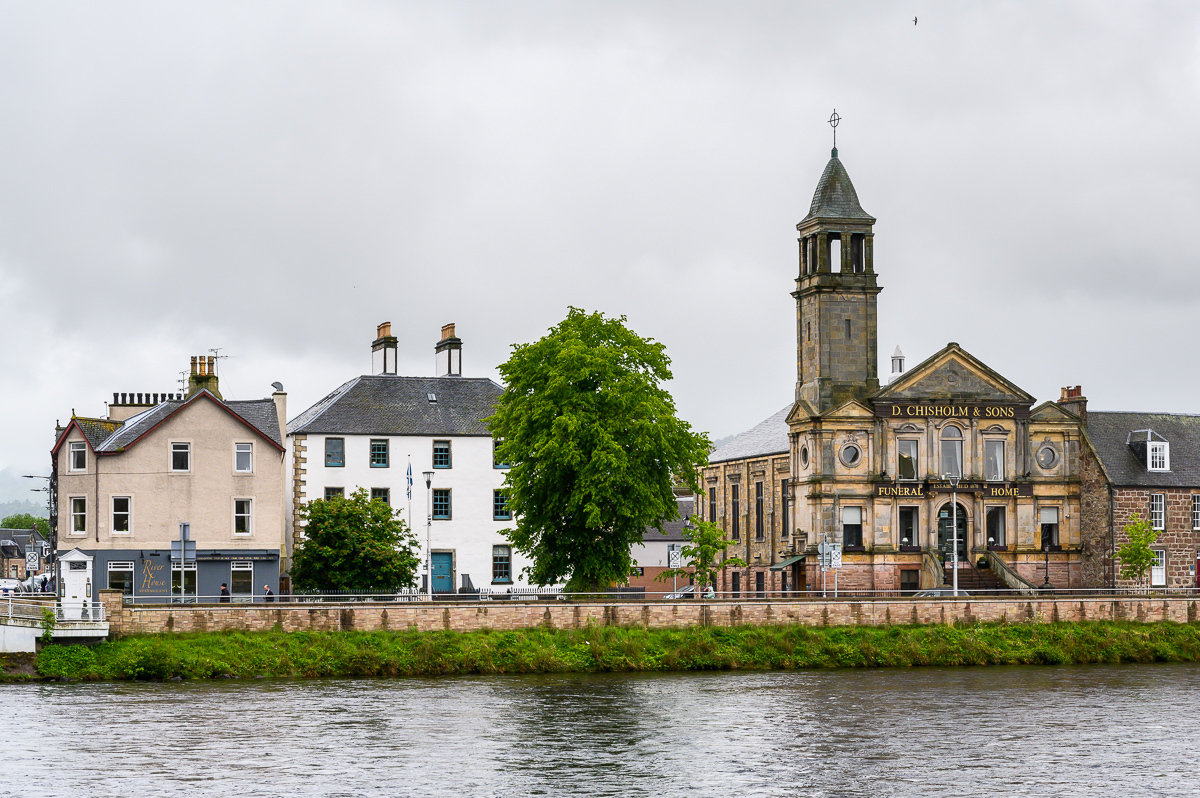 Unlike my first visit, this time I was caught in Inverness by almost constant rain and heavy gray clouds. So I spent the first 2 hours in one of the cafes trying to dry, which is an almost unrealistic task in Scotland. But at least I had more time to watch the peaceful life outside the windows and heard bits and pieces of how locals talked. 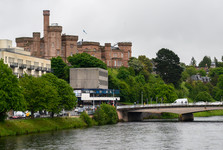 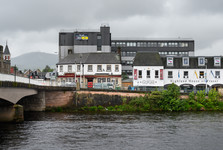 In the end, I gave up waiting for a while without rain and set off into the streets anyway. After a while I realized that the rain really does not bother anything, and on the contrary, perhaps gives the city a distinctive character, which underlines the atmosphere of the harsh region.

I forgave myself a tour of the castle, but I stepped out on the lookout near it, where you can see a large part of the city. Even here, the city seemed almost sleepy, yet majestic. Fog and clouds seem to cover the mystery of nearly 2000 years of history. 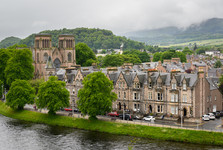 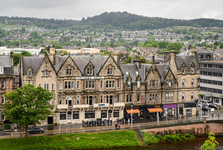 I spent a considerable amount of time by looking closely at the town hall and I will be happy to recommend the same. In any case, look into the interior, which seems to have fallen out of the Harry Potter scene.

Have a look at one of the local churches, for example St. Andrew’s Cathedral. For some reason I have been fascinated by Scottish cemeteries since my first visit. He at the Old High Church will breathe a mythical atmosphere, perhaps because the local hill used to serve for religious ceremonies since the Celts. 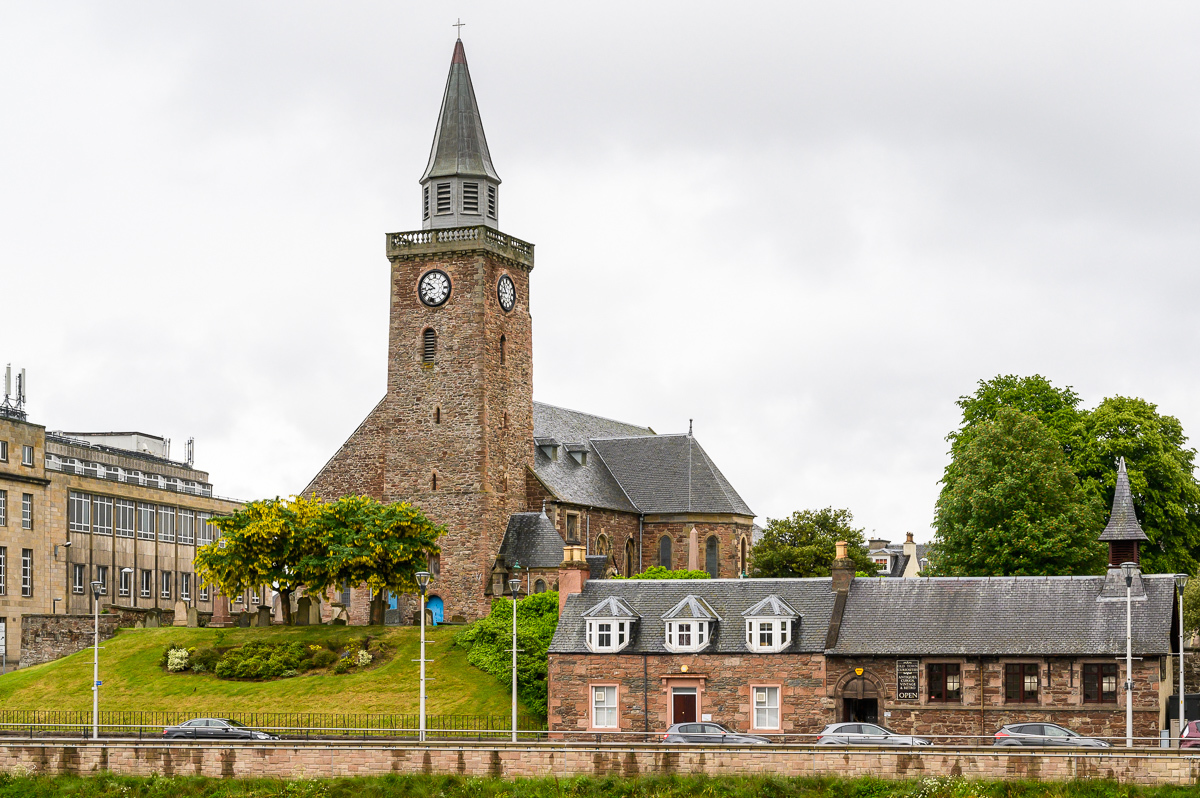 I do not normally purchase souvenirs, but here I had to look into several shops. If you want to get presents and souvenir whiskey outside the hustle and bustle of the capital, you have the perfect opportunity in Inverness. 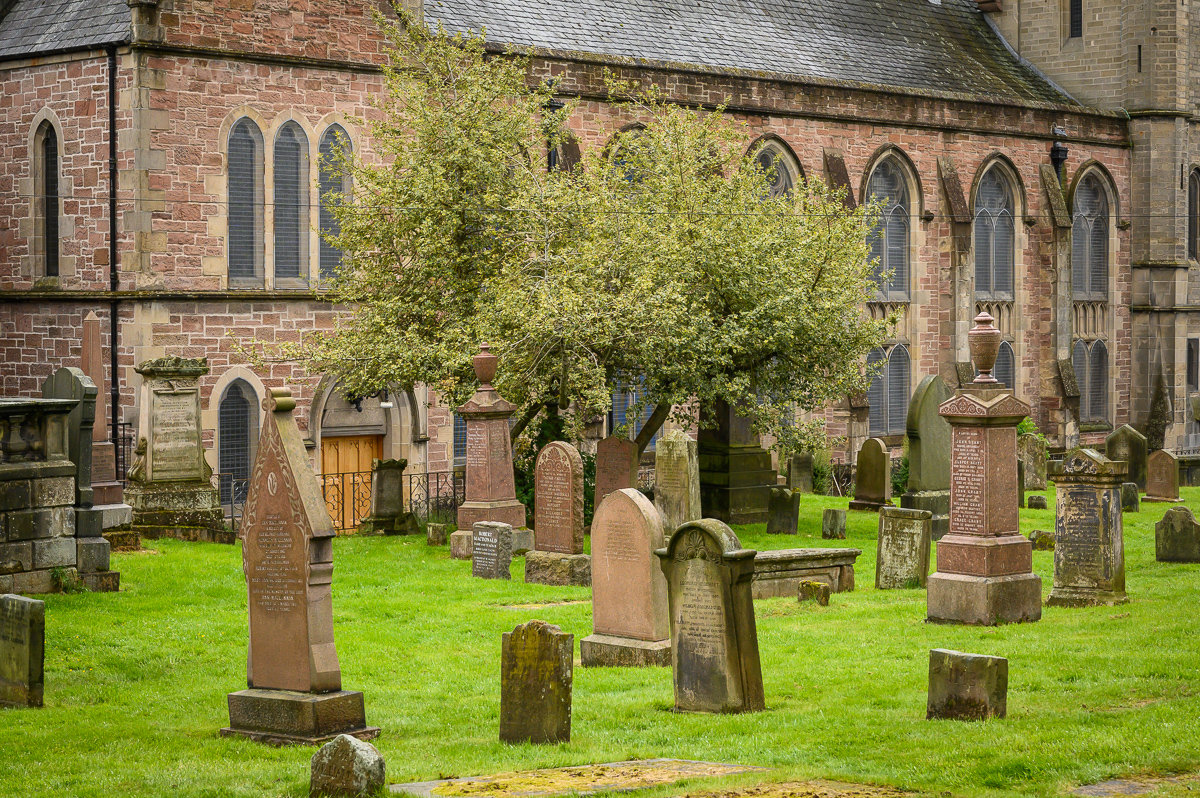 And by the way - at the beginning I mentioned a night bus trip. At least once in the light of the A9 highland wasteland you can enjoy the road. You will be rewarded with beautiful views of the surrounding mountains. It will only be better by train, but you will pay a lot for it.

In the next episodes of the series we will look directly into the Scottish wilderness.