There were herds of sheep on both sides of the road and large flocks of wild gooses. They were our only companions for dozens of miles. Birds used to peace, were flying away as they heard sound of our engine. The sky was suddenly darker and the grey of autumn days was brightened with red phone booths in waste land. 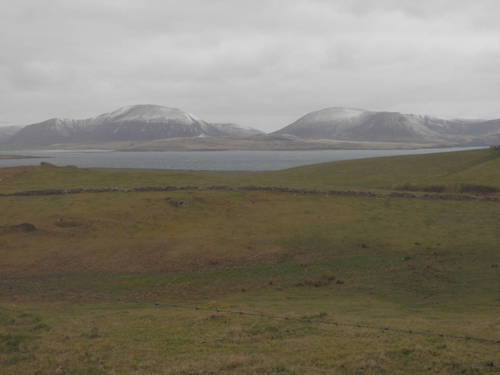 When we arrived at Broch of Gurness, another ancient village, the sun shined for a while and colored the whole landscape. Before we managed to get to the ruins, the sky clouded over and it started to hail. Due to a strong wind it was like to be hit with a paintball. We quickly explored the village and ran back to our car. Despite this we decided to regard Gurness as closed and moved on to Kirkwall, island’s “metropolis”. It seemed like most of interesting things were closed on purpose, thus our exploration of the town was much shorter than we had initially anticipated.

Another stop was the most well-preserved tomb in western Europe, Maeshowe. When we arrived at our destination, there were meadows everywhere and within view there was a steep grassy hill where sheep grazed on grass. Inconspicuous tomb surprised us. We had to book a guide tour first, thus we went to the infocenter, a former mill, to do this. Soon, a radiant guide took us among sheep, unlocked an iron gate and disappeared in a low and about 7 meters long corridor leading to the tomb. As we found out later, walls of the corridor were in fact one piece of giant stone. The interior of the tomb was empty for the Vikings plundered it in the 12th century. However, they didn’t manage to steal large stones and thanks to that wall paintings remained there until today. The atmosphere ethere was mysterious and you could smell must. The most interesting thing about the tom is its architectonic precision. During the winter solstice sun rays shine through narrow corridor until it reaches the opposite wall. For its wide popularity a camera was put into the tomb and people from all around the world can watch this miracle.   Moved by this mystery we finished our trek in the middle part of the island and were looking forward to following days. 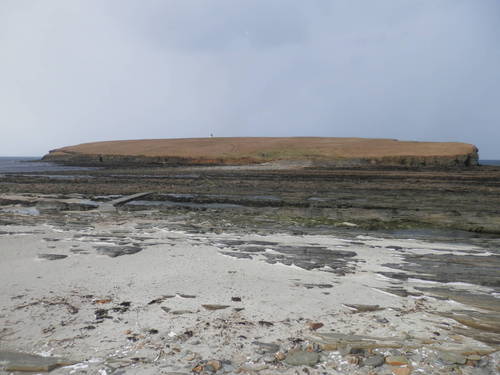