en.infoglobe.cz » Scotland: The Land of Heather, Lakes and Sheep V

The train station is closed, unfortunately, so I have to charge in some local coffee bar or restaurant. After two hours of drinking one cup of coffee, I buy a box with a sewing in a shop that was, surprisingly, opened on Sunday. Therefore, I can repair my only pants that was chafed by my backpack. 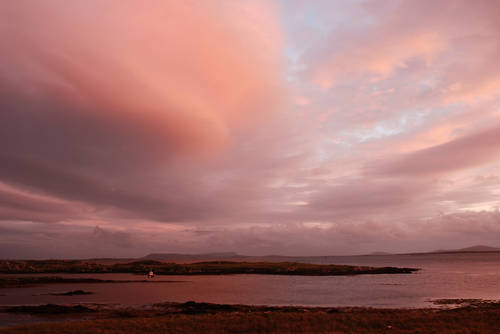 When looking for a place to sleep, I devour one huge blackberry after another until my stomach starts protesting. Eventually, I end up at the soccer field in a neighboring village. In the noon of the following day I return to Fort William. There I buy a new cylinder because I have ran out of gas. Then I continue to the Lewis and Harris islands.

Part of the road to Ullapool (I deliberately prolonged it) I spent together with a Ukrainian couple that lives in England. I have learned interesting information on current state of affairs in Ukraine and, thanks to them, I can take a picture of the famous Eilean Donan castle. 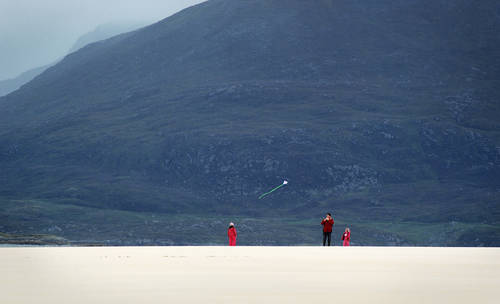 I am sitting in a white van with a cool Scot. It is hard to talk to him due to his accent and fast talking. Fortunately, he is patient. Eventually, I understand that he travels to Lewis. If I want to take a ride, I have to wait for him for an hour by a supermarket. Weather looks promising. It is windy, but it does not rain. A ferry ticket to Stornoway is even cheaper than from Scrabster to Orkneys, despite the fact that the distance is about one third longer. 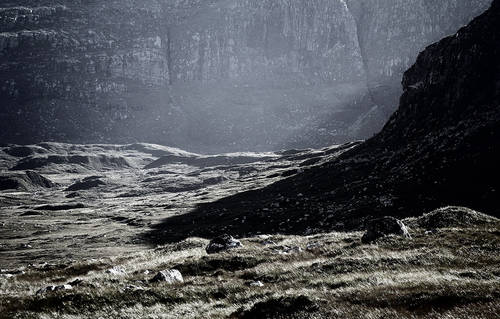 Wind gets stronger, and waves hit the upper deck. The staff closes the buffet so they would avoid spilled coffee and tea. The sun hides behind the clouds and it is getting foggy.

In the distance is already visible the coast of the island and around the boat seabirds begin to circle. Little bit further, suddenly one of them plunges headlong down with a tremendous speed breaks through the surface of the water. Northern Gannet ! A behind it more! I admired the in movies, but seeing them alive and their hunting techniques is truly an incredible spectacle. 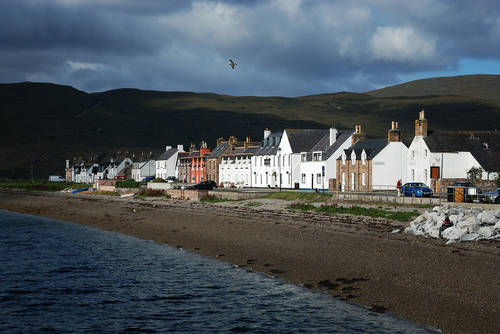 Again, I am in a white van. We pass very depressing landscape of Lewis, it's raining and the wind makes the van swing from side to side. Along the road there is a phone line and then nothing. Only hundreds or perhaps thousands of lakes here and there and a few tufts of grass. A stop at a TV studio in a trailer in the middle of Lewis, to which "my" driver carries water, a short tour of the Carloway Broch Museum . It controls the water pipes and our destination - Standing Stones of Calanais . The Scot offers me reflective rubber pants that I would be able to at least partially protect against horizontal rain. They will really come in handy. The wind is so strong that I even can not open the car door and even two of them have something to do. I walk us determine the direction of the wind, and I was the Scot really hated to say goodbye, because absolutely no idea where the flat Lewis with no forests in this state I set up a tent.