On small roads I went through the mountains from Lake Tay to Lake Rannoch and then through the moor to the very end of the road to Rannoch Station. The surrounding countryside was flooded with early evening sun, and after the morning rain there was only perfectly clear air.
In addition to Scotland's typical large herds of sheep, I passed several groups of majestic deer. I stopped at one and waited for them to escape. They run away when they feel a man. Here the deer did not move, just watched me for a moment. And I photographed them in a reflective biker outfit and with a white helmet on my head. 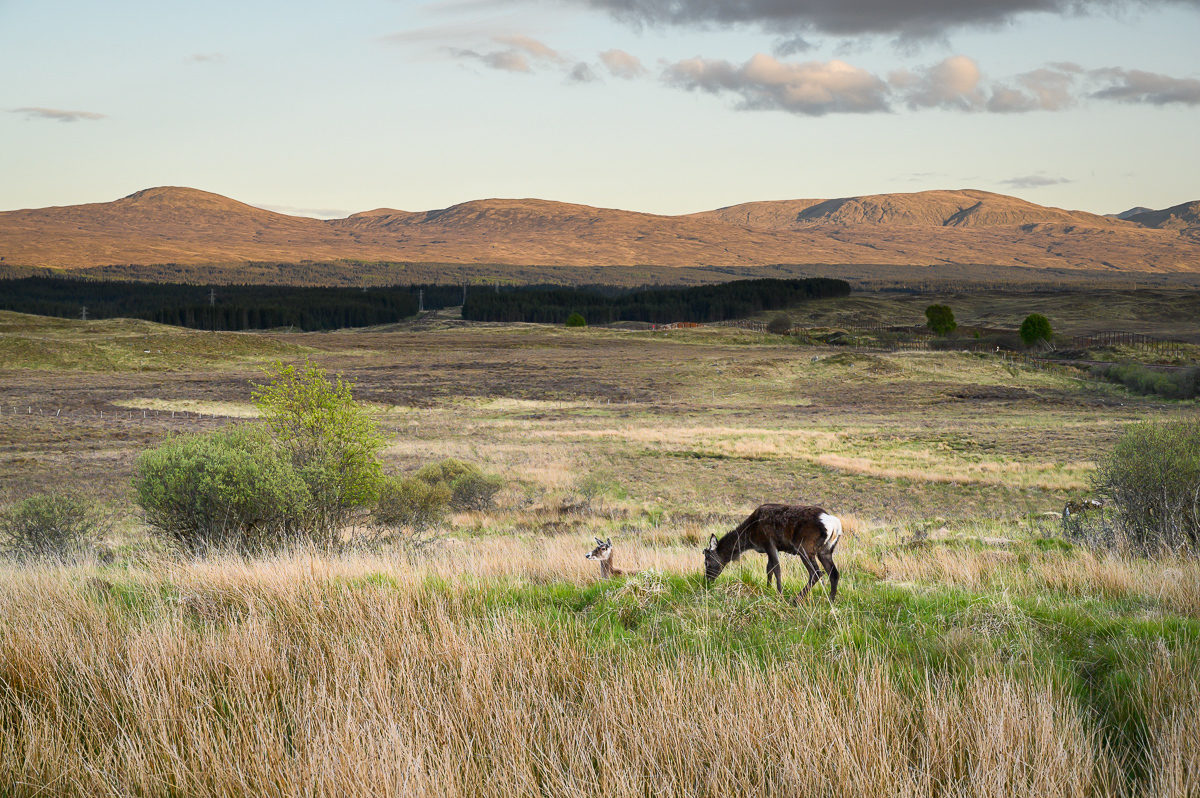 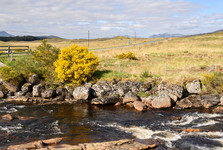 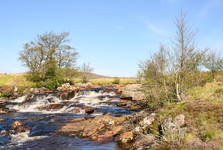 Just before sunset I arrived at the train station. Just one of the trains between Glasgow and Fort William had just stopped here, a few houses had come to life for a moment so that she could return to the wilderness.

In the station building you can refresh yourself with tea in a small tea shop, in the visitor center you will learn something about the history of the railway and the heath that it crosses. It is interesting that during the construction the track under construction almost sank several times. The workers had to create a floating raft of trunks, roots and plenty of soil under the rails. 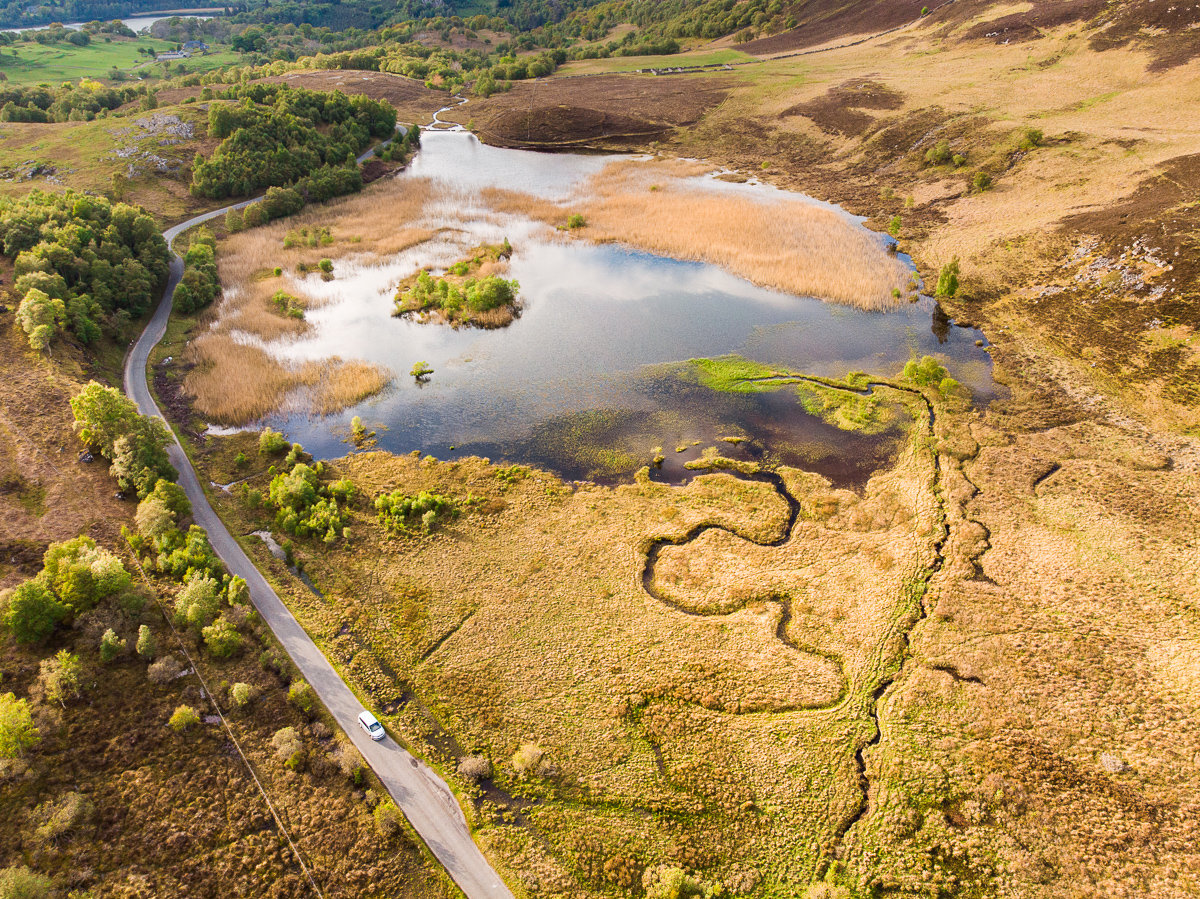 In addition to the station itself, you will also find the award-winning restaurant Moor of Rannoch, where you have no chance to get without a reservation. It is also written in the famous Michellin Guide. 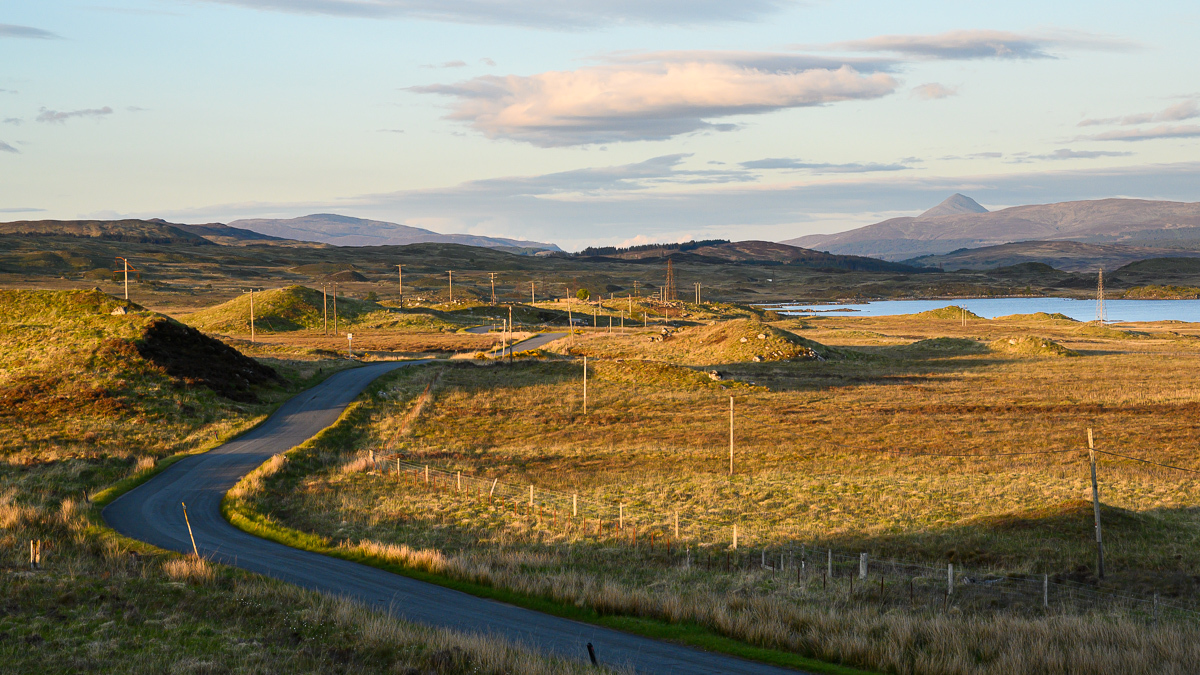 Originally I planned to drive the heath to the other side of Glen Coe along an unpaved road, but in the end I decided not to risk the road in the dark and set up a tent near the station. I was rewarded with a view of the last rays of the sun illuminating the surrounding mountain peaks, some with snow-capped peaks. 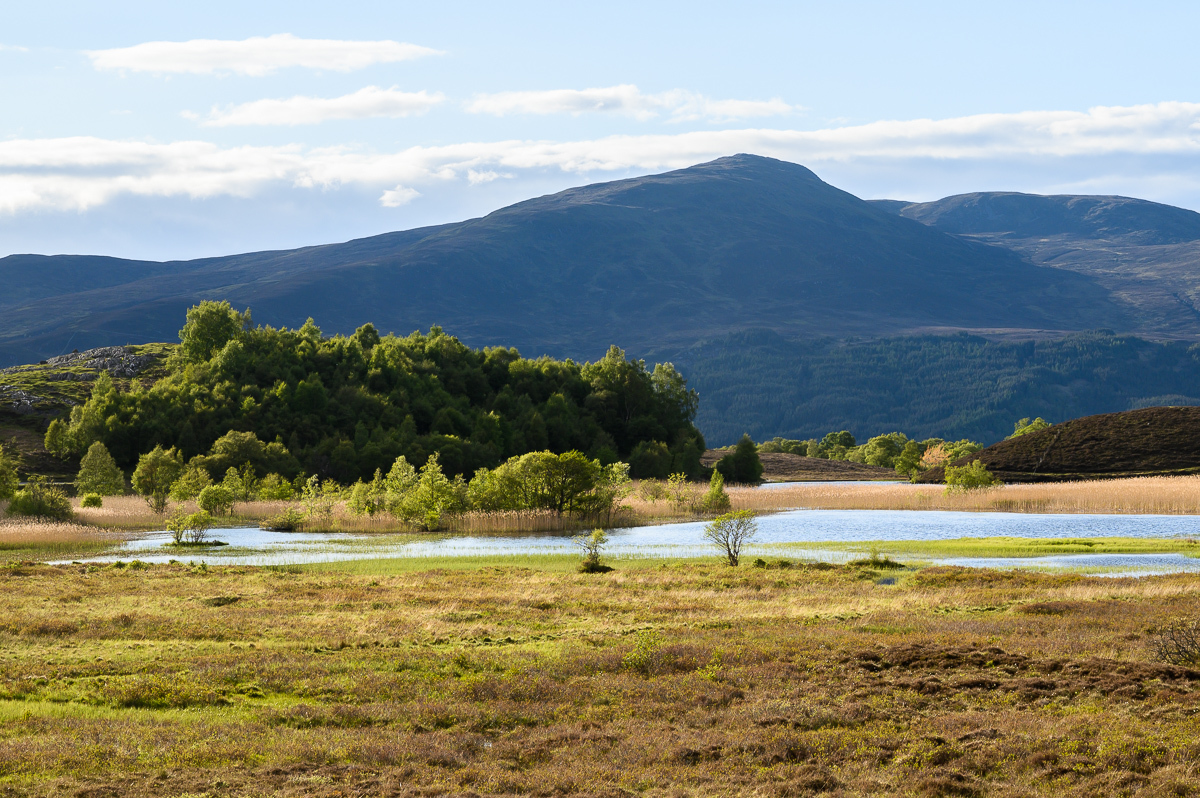 If you go to Scotland for treks, Rannoch Moor leads one of those who will stay in your heart for a long time. You will pass by beautiful lakes, in which only the clouds and the surrounding rugged mountains are reflected, you may not even meet the sheep, let alone civilization, along the way.

For me, the road to Rannoch Moor was one of the best random turns, and I made a lot of them in Scotland.