en.infoglobe.cz » Serpa: A Countryside Famous For Its Cheese - VIDEO

Serpa: A Countryside Famous For Its Cheese - VIDEO

Published: 14.9.2010
The area around the town of Beja belongs to most warmest ones in Portugal. The thermometer shows us, just for several days, the temperature higher than 40°C. Moreover, the temperature of 30°C could be noted even in the night. Nevertheless, this hot weather is very acceptable for olive-trees. The trees border a way towards small village of Serpa. The community is distant approx. 200 kms from Lisbon

The Portugueses started to grow olives just from past times. The trees with its specific colour of leaves are to be found everywhere. „Olive-oil is something like a wine. It has various taste and different quality. The olive-trees are grown everywhere!“, young man describes all what is obvious from the first view. „In past, you could find orange-trees but the Spaniards were appeared to be as more efficent producers!“ so, in such way could be explained the omnipresence of olive-trees, the unripe fruits taste so astringent. On the other hand, the Portugueses keep their world priority in cork growing. Their olives must be mature. 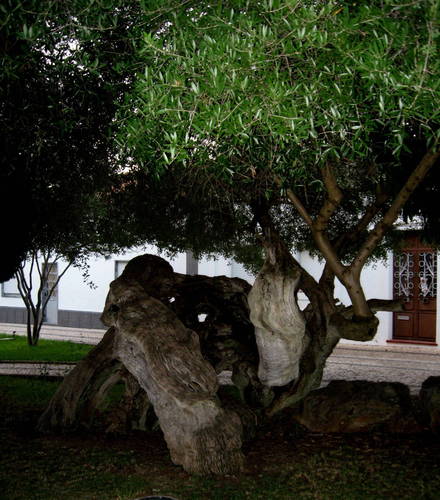 Is Portuguese dog solitary or free?

Not far from stone bell-tower, a dog runs along heated pavement. He took his shelter below wheels of old jeep vehicle, parked there. It is six p.m. and even a dog tried to find a place where he could be hidden in front of sunny rays. Nobody calls him for. He lives in the village alone, without a master, in the same way as many other dogs in Portugal. So, this shaggy terrier could not be afraid of a fact that somebody would close him into refuge, in order to wait there for a moment, when a new owner would let him away. Anyway, the Portugueses have no refuge places for dogs available. And this dog knows it. So, he taught to know, from this reason, such places, where some food would be available, and also knows where it is worth to squeeze something to eat. However, for such feast could be too late, as the excursionists left and the town became silent. 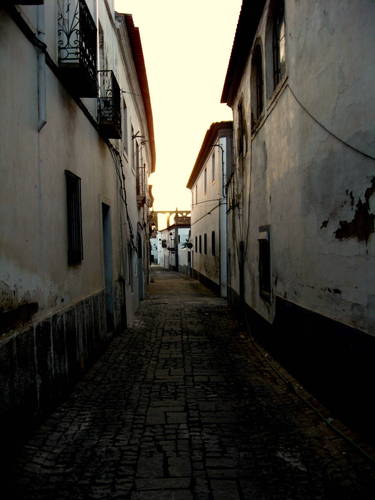 On a square with two palm-trees and two caffees, there are sitting several local persons, in front of a bar. Last tourists pass throughout narrow streets with small balcons and closed shutters. Some of them entered local pub, in order to taste very aromatic sheep cheese, which became famous for the whole Alentejo area. The cheese, manufactured in Serpa, is said to be of the best quality in Portugal. 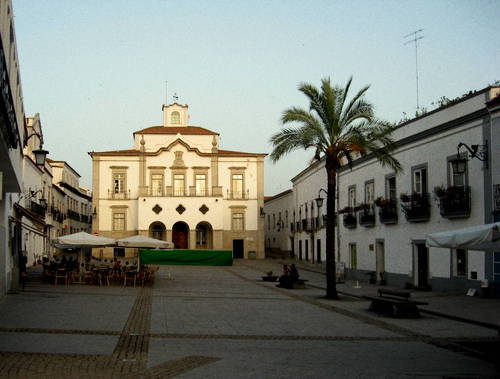 Below stone aquaduct, romantically illuminated in a darkness, several old persons are sitting on the bank. They wished, after very hot day, to get a breath of fresh humid air and have a chet with their neighbours, what happened in this ancient town. 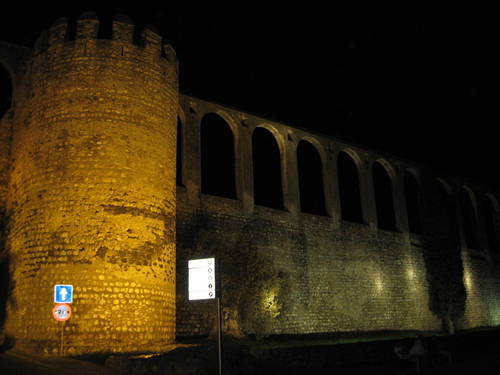 The people in Serpa, surrounded with ramparts of Middle Age ruins, live here in calm. It looks like, as nothing is missing them there, inside typical narrow streets among white pargetted houses. They have here cheese factory, well known in the country, and solar electric power station, the biggest of the whole Europe. Nevertheless, in past, they were forced to protect their town against occupying Celts, Romans of Moors. The attack of Spaniards, where the Middle Age castle was blown into the air, a visible slash was remained in Serpa. Except the ruin, even a small museum remains such periods. The tourists have a chance to admire old wood-carving works or typical Portuguese glazed tiles „azulejos“ of 17th century. The ethnographical museum presents, on the other hand, where runs modern Portugal history.