Published: 1.1.2023
Northeast of the seat of the Trenčín Region is Dubnica nad Vah. This town of more than 25 thousand people gained its municipal status only relatively recently, in 1960, and it is also the largest Slovak town that is not a district town, as it falls under the Ilava district.

Of course, the statute of the town does not tell anything about the history of this cultural and economic centre of the Ilava basin. The first written mention of the village dates back to 1193, in which Dubnica is mentioned as a property inherited by the brothers Vratislav and Piskin. The settlement of the area is even older and dates back to the Stone Age. Originally a Zeman village, it became a serf village for many centuries until the fall of feudalism. After the establishment of Czechoslovakia, a back-up factory of Škoda factories was built here, which changed its character into an industrial town. 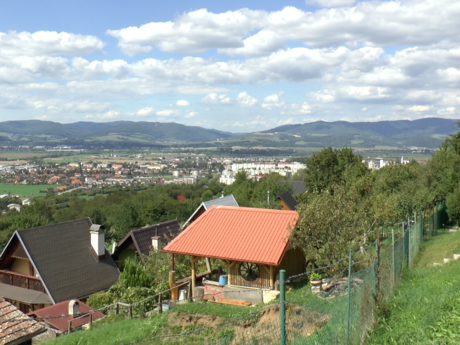 Dubnica nad Váhom also became known for its armaments factory, which was an important armaments company for the German army during the Second World War. Later, a labour camp was also established here. The post-war period saw the revival of the industry, which ranged from the production of weapons to transformers to electronic equipment for the textile industry. Despite a significant industrial decline in the early 1990s, Dubnica has remained a modern town that has been developing dynamically ever since. 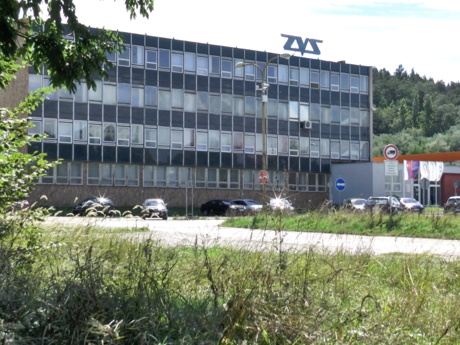 We had already learned something about the history of the city, so it was time to visit the sights. Many of them are connected with the Ilešházi family, who influenced the cultural, political and spiritual life of Hungary for 250 years from the turn of the 16th to the 17th century. 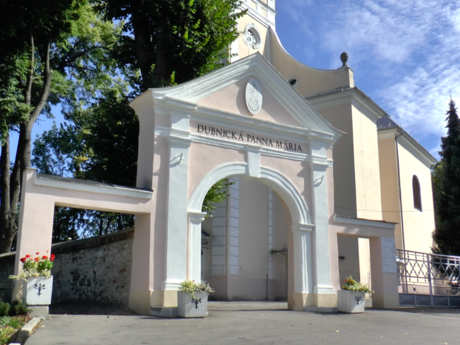 Our pilgrimage will start at the Baroque Church of St. James, where the parish priest Ján Baltazár Magin, author of the famous Apology, celebrated mass in the 1820s. The church is dominated by the main altar with a massive canopy bearing the large royal crown of St. Stephen. Below it, a gracious statue of the Virgin Mary of Dubnica with the inscription "Patroness of Slovakia, intercede for us" welcomes pilgrims. The stained-glass windows in the presbytery, which are the work of Vincent Hložník, are also remarkable. 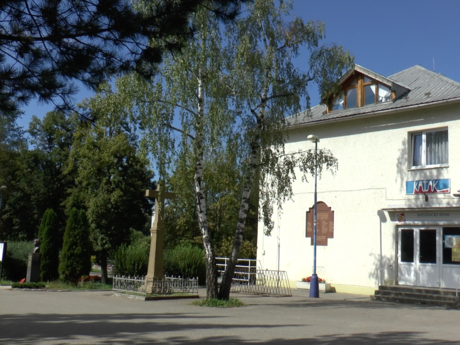 A short distance away at the Catholic house there is a commemorative plaque dedicated to the priests of Dubnica and there is also a bust dedicated to Jan Baltazar Magin, an important personality of the Slovak nation. 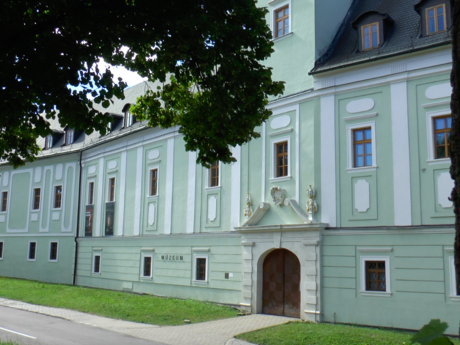 Another stunning monument in Dubnica is the Renaissance chateau with a tower, built in the 1740s by Gašpar Ilešházy. It has undergone several reconstructions over time and is currently undergoing extensive reconstruction, which is gradually opening this gem to the public. Its A-wing houses the Dubnica Museum. 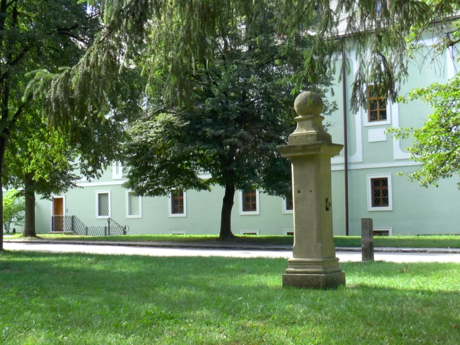 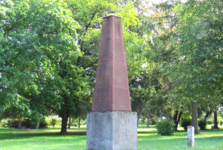 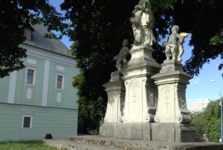 In front of the chateau there was a stone pillar and a prismatic monument commemorating the establishment of the joint Czech-Slovak Republic, and it is also a memorial to the victims of World War I. Directly in front of the entrance to the chateau, on a small hill, there is a Marian column and a sculpture of St. John of Nepomuk, with statues of two angels on either side. 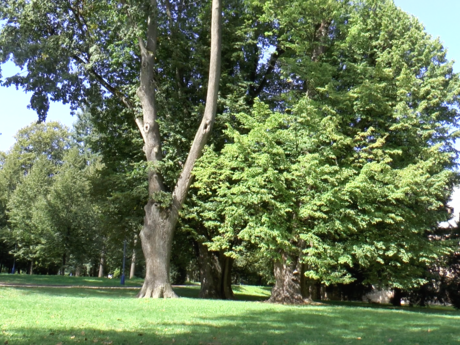 At the back of the castle is the extensive Ján Baltazár Magin Park, which is a protected monument owned by the city. The romantic park includes an artificial cave (grotto) with an observation tower reconstructed to its original form. The tower offers a nice view of the Váh valley and the peaks of the White Carpathians. At the end of the park you will find a beautiful pond with fish. 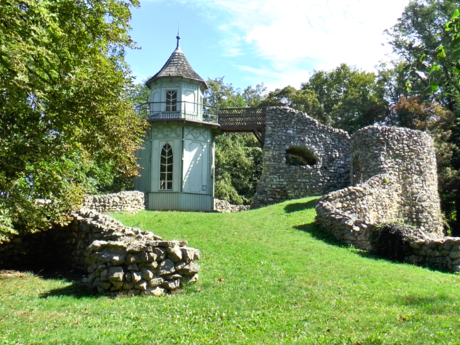 After moving to Alexander Dubček Square (near the Municipal Office), you will find a landscaped park with the Alexander Dubček Memorial and a column with the names of the twin towns. The immediate surroundings are decorated with lots of greenery, including resting places, fountains, benches and adjacent cafes. 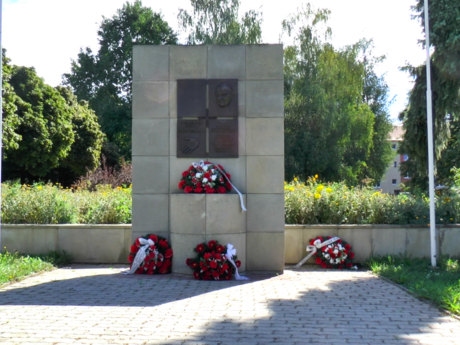 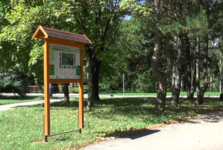 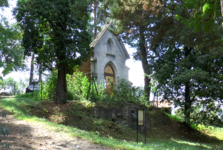 In Dubnica nad Váhom you can also follow the trail with eight stops and learn the most important things about the town and its surroundings. You will also discover a roadside chapel, from where a path leads to the Canada gardening area, providing unprecedented views of the town. At the end of the nature trail is the Medzihorie well, which will refresh you. 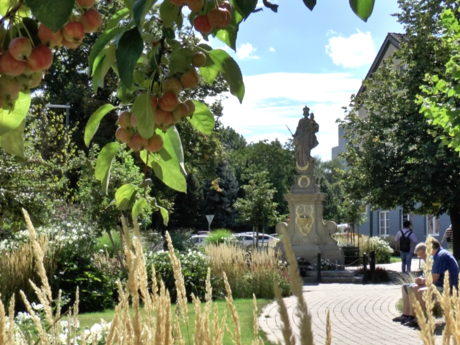 Another interesting place is the so-called Reim's tomb (crypt), which belonged to the Reim family and is situated on an elevated place between the local calvary and the Jewish cemetery The last place we visited was the Calvary located on the outskirts of the town behind the industrial zone (former ZŤS) in the slope of the Strážov Hills. It was built in 1770 by the Ilešházi family. The three crosses and the little church on the hill are reached by 14 stops of the Stations of the Cross from the chapel. We end our walk through the town of Dubnica nad Vah with an easy hiking ascent. 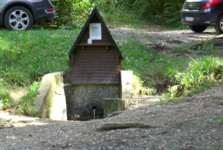 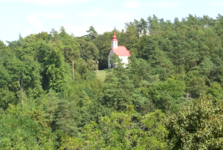 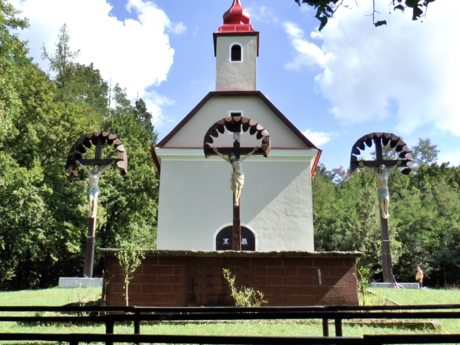 Finally, we must not forget that Dubnica nad Vah is also a town of sport. It has produced several outstanding athletes, such as Pavel Demitra (hockey player), Ján Zachar (boxing), Jaroslav Čaprnka (cycling), etc. She also became famous for the cycling for peace races she organised in the past. The support for sport in the form of many playgrounds and sports facilities is still visible today. 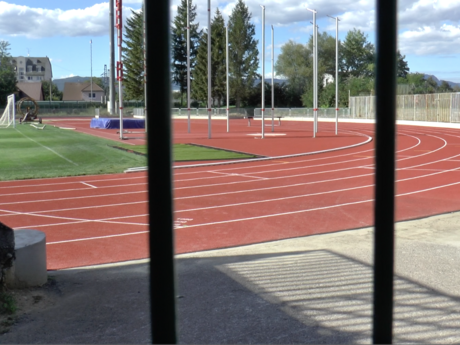 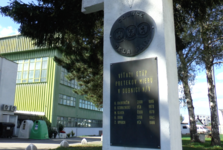 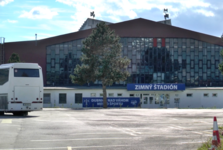 We truly recommend to visit the Pováží region´s heart.