In addition to the Marian ones, there is also a Trinitarian column on Rybné square, which was built in 1713 at the time of the end of the last plague epidemic. The Hungarian Cardinal Christian August Saxon contributed a sum of 400 guilders to the construction of the Holy Trinity column from fine-grained sandstone, and the rest was chosen by the inhabitants of the town themselves. 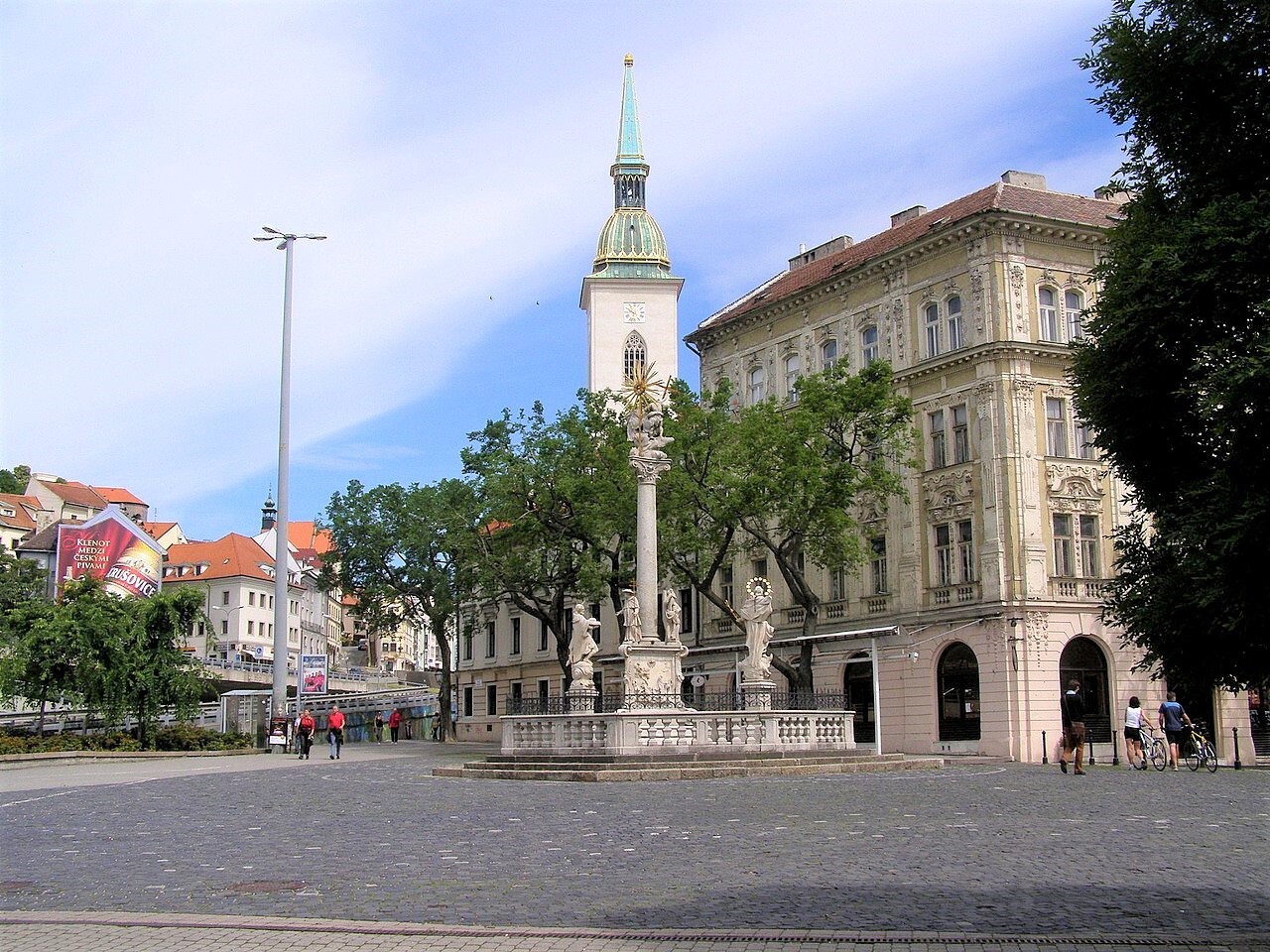 Due to the material used, the column was so damaged in the middle of the 18th century that they had to restore it. The city council entrusted the Bratislava sculptor Jozef Sartory with this task. The artist not only reconstructed it to its current form, but also added sculptures and reliefs. However, it should be added that these are only copies, because the originals are in the depository of the Bratislava City Gallery. 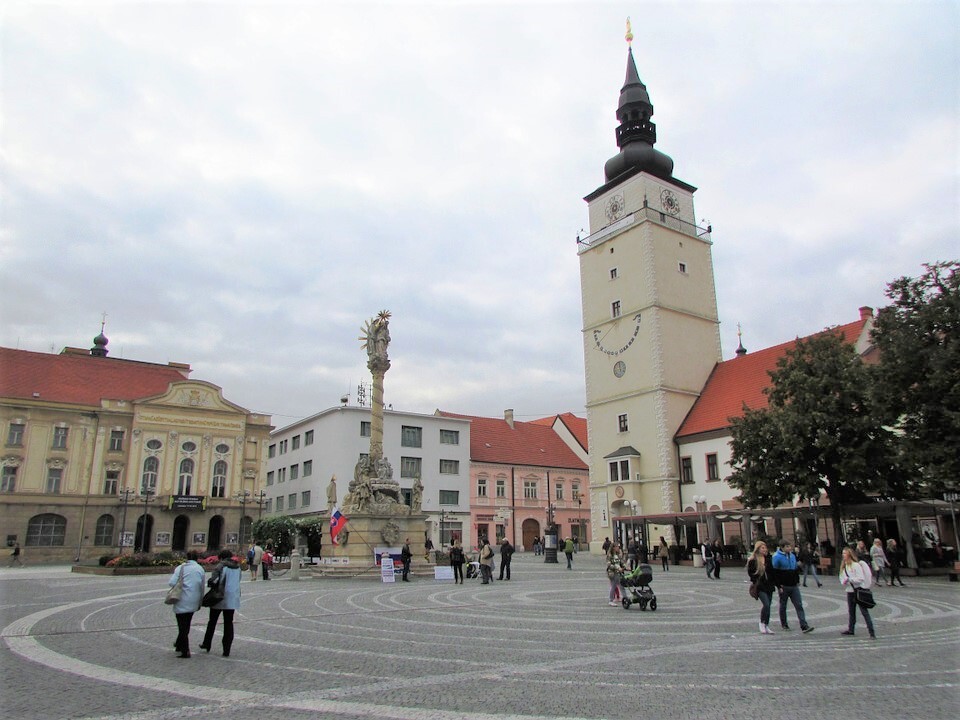 If we move a few kilometers further - to Trinity Square to Trnava, we can see a beautiful sculpture of the Holy Trinity. The people of this sculpture, created in 1695 by Jan Kryštof Khien, are called triplets.

Originally, there was to be only a statue of St. Florian, protector against fire, in memory of the fire of 1683, which caused the invasion of Thököly's soldiers. Statue of St. However, Florian was eventually supplemented by other saints, the protector against the plague - St. Agatha, St. Francis Xavier, St. Anton of Padua and the statue of St. Anthony in the grave Rosalie. In 1949, the sculptural group was dismantled and for over forty years (until 1993) it was hidden. 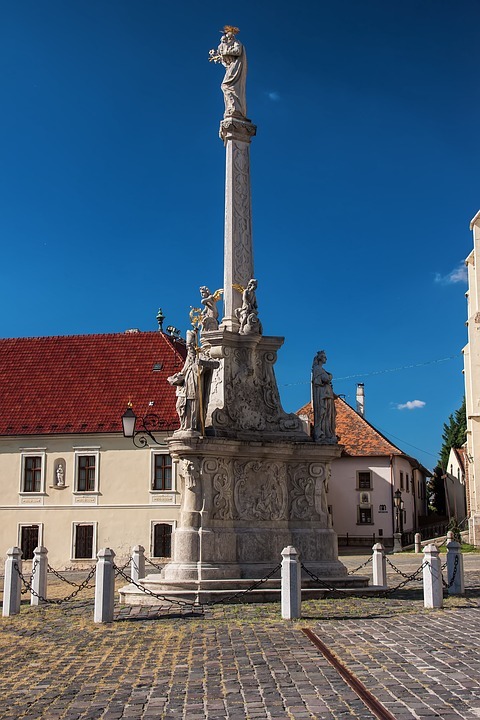 However, this is not the only column commemorating the end of the plague in Trnava. You can find another on the square of St. Nicholas. It is a sculpture of St. Joseph, supplemented by statues of protectors against the plague (St. Nicholas, St. Charles Borromeo and St. Catherine). Many Marian and Trinity columns are also plague.

For example, even in a small town such as Hurbanovo, there is a late Baroque column with a statue of St. Jan Nepomucký from the 18th century. and statues of plague saints. 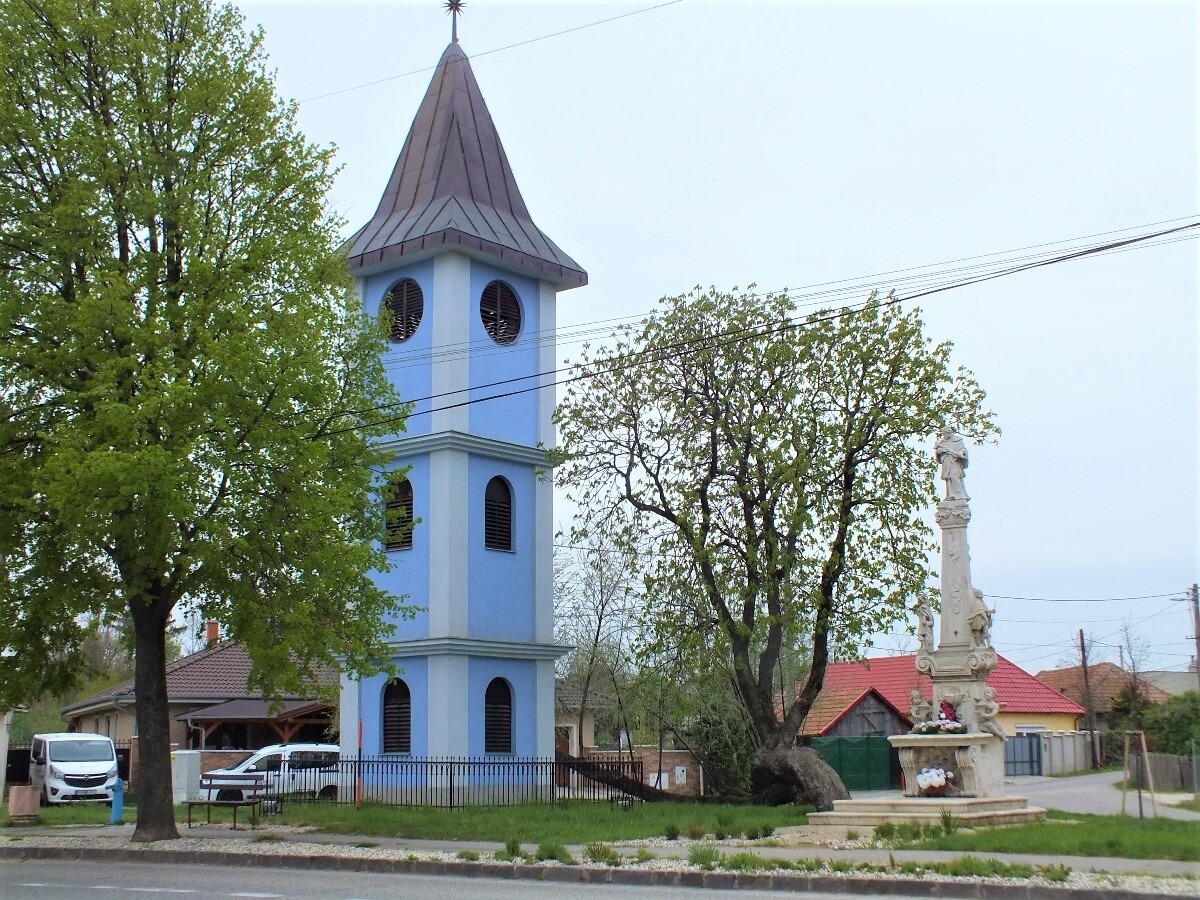 The most common is St. Roch, depicted as a tall man in a priest's robe with a dog. According to legend, he helped the infected during the plague and recovered thanks to the strength of his faith and the dog that brought him bread during his illness.

Saint Sebastian, the patron saint of the dying, is also depicted. He is usually chained to a tree and pierced by arrows. Others are St. Francis Xavier, who had the gift of healing and resurrecting the dead, or the Archbishop of Milan, St. Charles of Borromeo, also known for his help to the sick and dying. He cared for the sick at the time of the plague. Among the saints and protectors against the plague are St. Barbara, the patron saint of miners, artillerymen and dying, depicted with a tower, as well as St. Rosalie, depicted as a dying woman in a cave. A frequent protector placed on plague columns with a bucket of water is the patron saint of firefighters and the protector against fires - St. Florian. 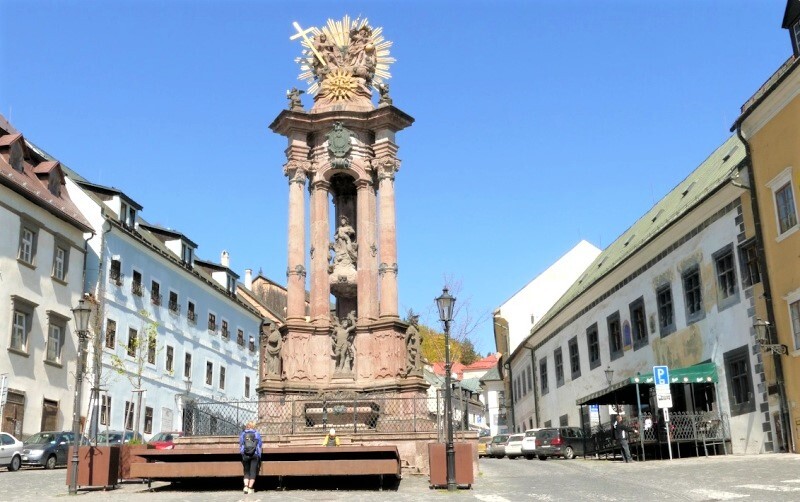 The Baroque Plague Column in Banská Štiavnica is also one of the largest and most famous Trinity columns in Slovakia. One of the last plague pillars in the former Habsburg lands is again located in Kremnica. 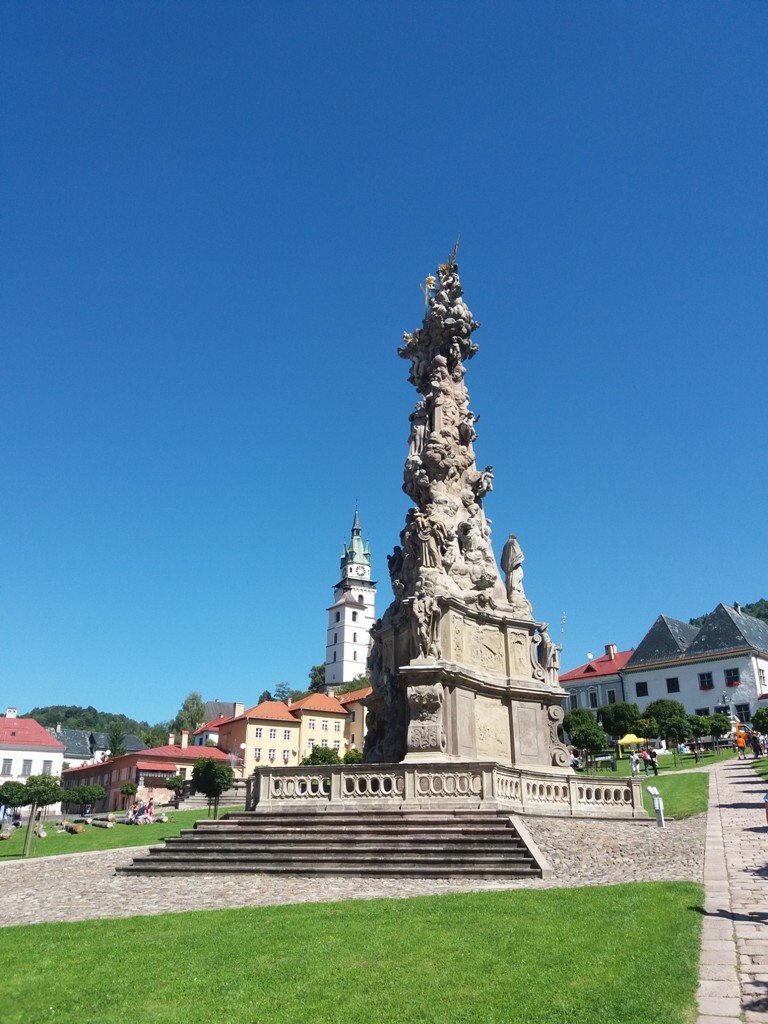