The weather was sunny on Sunday morning. We didn’t want to just sit at home. Therefore we headed to a bus stop in Bratislava. We entered a half-empty bus and rode to the village of Plavecke Podhradi. 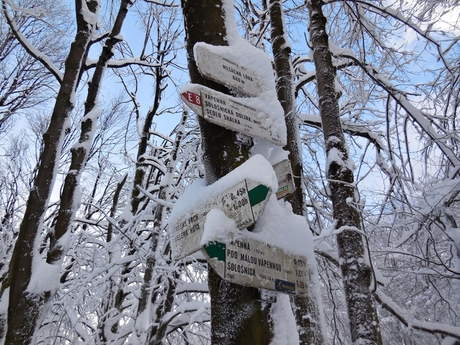 This village is located in the district of Malacky. First mention dates back to 1274. It is rich on historic landmarks, and 17-century Renaissance chateau, or Roman-Cathlic church of St Barbora from the year 1797, and Plavecky Castle looming above the village. 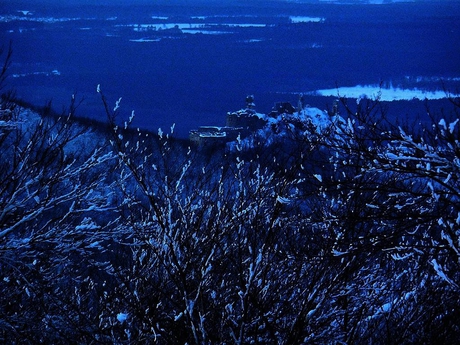 Soon upon stepping off the bus we joined a blue tourist mark leading to the caslte. We walked among beautiful folk architecture that then changed to forest going uphill. Somehow we managed to walk around the castle without even seeing it from the inside. Later, we realized it must have been due to directions covered with snow and roads. 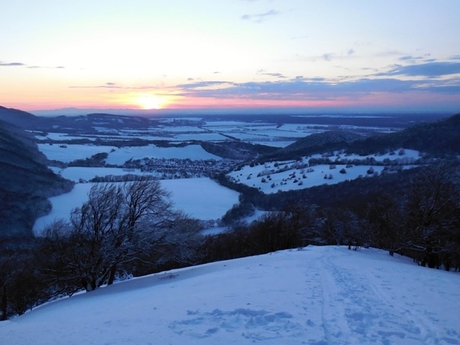 Still, we saw the castle from the so called observation platform of Baborska - limestone slopes with flora in spring, or summer months . Unfotunately, we had to rely on our imagination. Across half-a-meter of deep snow we got to the so called Amon Meadow . There we met a board belonging to the Plavecky Kras nature trail, a 10 kilometer trail with 9 infoboards. The boards inform on natural sights there. The one we discovered wrote about holes, or parts of karst terrain. There are many terrain depressions, cracks, and undergrounds. We would have found there even couple of caves if we wanted to. You can see the cave of Derava Skala, or Tmava Skala along this nature trail. Also you can visit the Celtic stronghold of Pohanska, or nature trail of Krslenica. 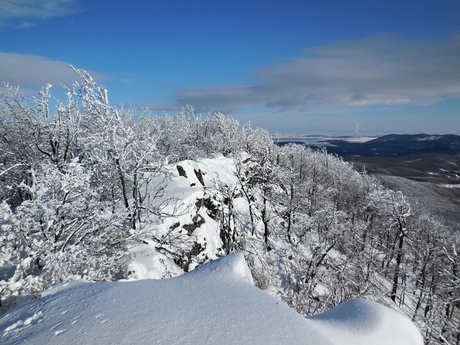 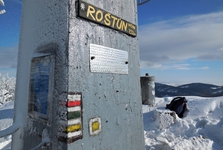 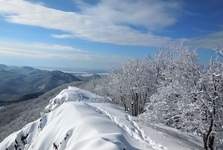 We headed towards Klokoc, Uhliska, Mesicni Meadow up to the top of Vápenná. You can read more about it HERE. We were bit angry as we hadn’t taken with as cross-skis. It would make our movement easier and our hike faster. After we reached the peak of Vapenna, also referred to as Rostun, we turned back to return by following the same trail. The dark was setting slowly upon the land. Tiredness, wet feeling around our feet made us worrying if we didn’t take too much upon us. Shortly, our worries were gone as we met a mouflon. Unexpected and fascinating at once. To see such an animal in nature was a miracle for us The muflon was feast for our eyes as well as it injected us with needed energy. 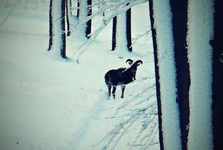 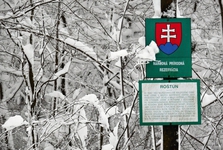 A walk in the Nature Resevation of Rostun was truly unique. We haven’t seen much from protected flora yet the vistas of trees covered with snow which was illuminated with sun rays was like in some fairy tale. 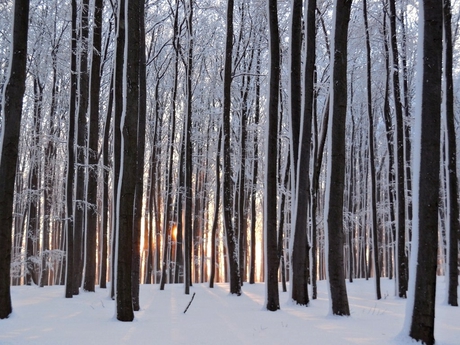 At the end of our trip, we enjoyed a surprise which was the vista of the sundown. Flaming orange circle was going behind the clouds. We thought it was, at least. Upon a closer look we couldn’t hide our excitement. It weren’t clouds. It was the Alps! It was beautiful foothills of the Alps with more than 2000 meters high Schneeberg mountain. Fascinating performance grasped us and took us out of time continuum. Therefore, our descend was already in the dark. Fortunately, the moon helped us to navigate. We arrived at the village tired yet happy. We recommend you to make use of your free time for such a trip. It left us with many great impressions. 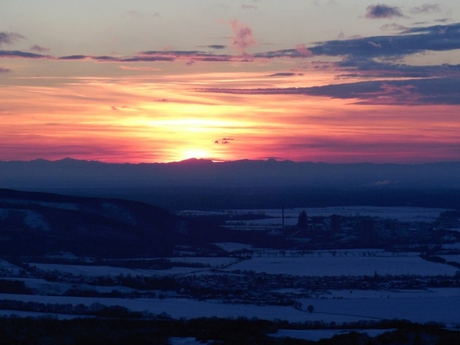