We will start our journey through the natural corners of the Trnava region by visiting an interesting locality near Trnava. The protected area of Trnavské Ponds offers a view of a unique water and swamp habitat, which affects the composition of birds in the region. The first mention of this locality dates back to 1528. The entire pond system was completed in 1956. Today, the ponds are home to various species of plants and diverse fauna with the occurrence of up to 150 protected species of birds, which also nest here. From the ornithological point of view, this is an exceptional area within the whole of Slovakia. The location can be reached on foot in about half an hour on foot from the main railway station in Trnava next to the rails towards Bratislava. 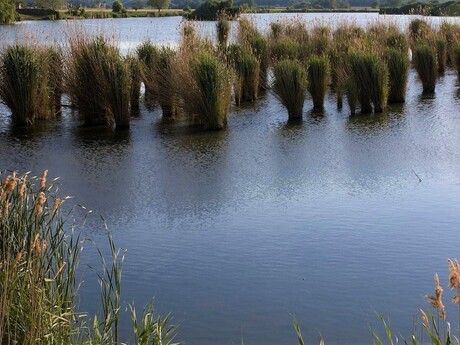 Another amazing place is the Danube Meadows Protected Landscape Area. It is the youngest large-scale protected area in Slovakia. This area is rich in waterfowl. It lies in the southern part of the Rye Island adjacent to the old Danube riverbed. The protected landscape area with a rare occurrence of flora and fauna is divided into five parts. The site is included in the list of wetlands of international importance known as the Ramsar Convention. Several educational trails lead through the Dunajské luhy Protected Landscape Area. There is also the possibility of rafting, and thus admiring the wooden architecture in the form of water mills on the surface of several riverbeds and branches. 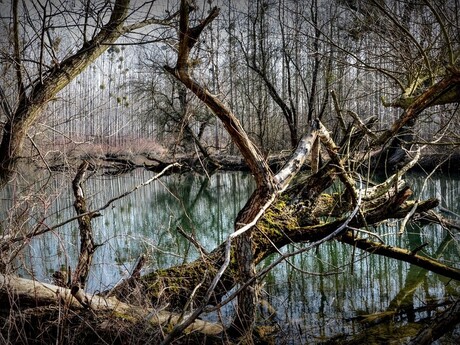 One of such water wheel mills is the one near the village of Jelka. It is located in beautiful nature on the banks of the Little Danube. The oldest mention dates back to 1894. Originally, the mill consisted of two built ships, which were connected in the middle by a massive mill wheel. Reconstruction took place in 1900 and the original ship's mill became a three-storey wooden water wheel mill, which is considered a Central European rarity. At present, the mill is open to the public and a smaller open-air museum focused on Jelka's agricultural past has been built near it. There is also a well-equipped paddling camp nearby. 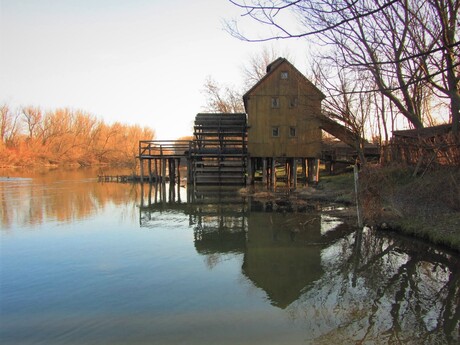 A View from Above 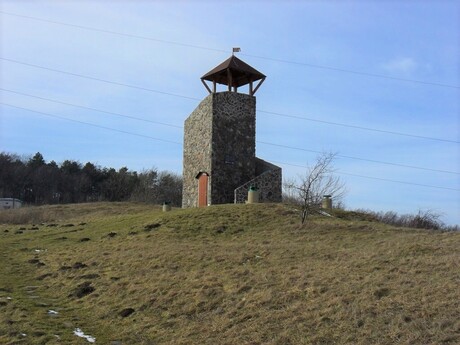 If you are interested in seeing the region from above, be sure to visit the Rozbehy lookout tower. Since 2009, a 7-meter-high lookout tower built of concrete blocks, which are very tastefully lined with natural stone, has stood above Rozbehmi (Cerová village). The roof of the lookout tower is made of wood. From the viewing platform, which leads to 35 steps, there is a wonderful view of the surroundings. Due to the tall trees, the ruins of the Korlátka castle cannot be seen, but the view of the Záhorská lowland and Pálava can be seen in the palm of your hand, you can see Senica, Bradlo, Veľká Javorina, Jablonice, as well as the Zárub, Veterlína or Vápenná ridges. The lookout tower is easily accessible on foot, by bike or by car. 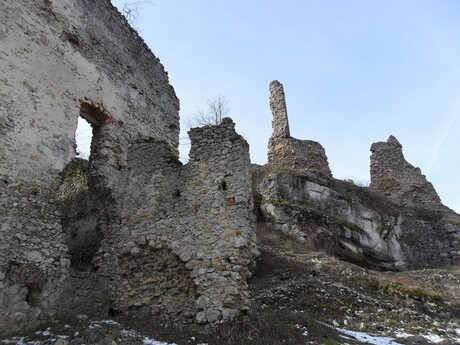 Not far from the lookout tower is the already mentioned ruins of the Korlátka castle, which you should definitely not miss. This medieval guard castle still standing above the village Cerová supervised the security of the then important commercial road, the so-called The Czech road, which passed through the Small Carpathians through the Bukovská furrow. In the 18th century, the castle began to fall into disrepair and today it is only a ruin surrounded by beautiful meadows with unique massive oaks, which still attracts tourists. The castle can be reached by an easy walk from the village of Cerová (part of Rozbehy) along the yellow tourist sign, which will also take you to the castle from the village of Jablonica. The arrival from the village of Buková along the green tourist sign is also interesting, as this route will take you through the picturesque Kopaničia region. 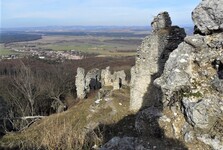 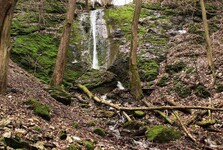 The last tip for a trip to nature is a walk through Smolenice and its surroundings. The tourist trail leads through the territory of the national cultural monument - the Molpír fortified settlement, then continues through the Dolina Hlboče National Nature Reserve, where there is the only (occasional) waterfall in the Little Carpathians and part of the reserve is the only cave Drina open to the public. It is possible to start and end the walk in the village of Smolenice, which is dominated by Smolenice Castle with an adjacent landscaped park. 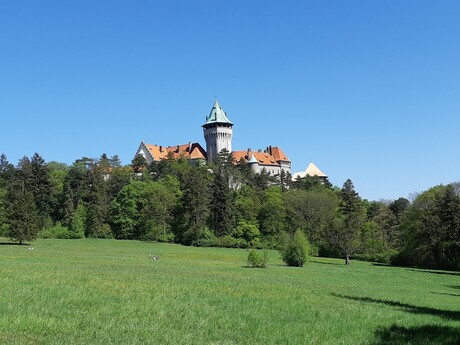