Getting to this magnificent lake is quite easy. Just point it to Bohinj village of the same name, respectively. to one of its settlements (Ribcev Laz, Ukanc, Stara Fuzina). As it is a popular tourist center, you will not have the need for parking, accommodation or meals. 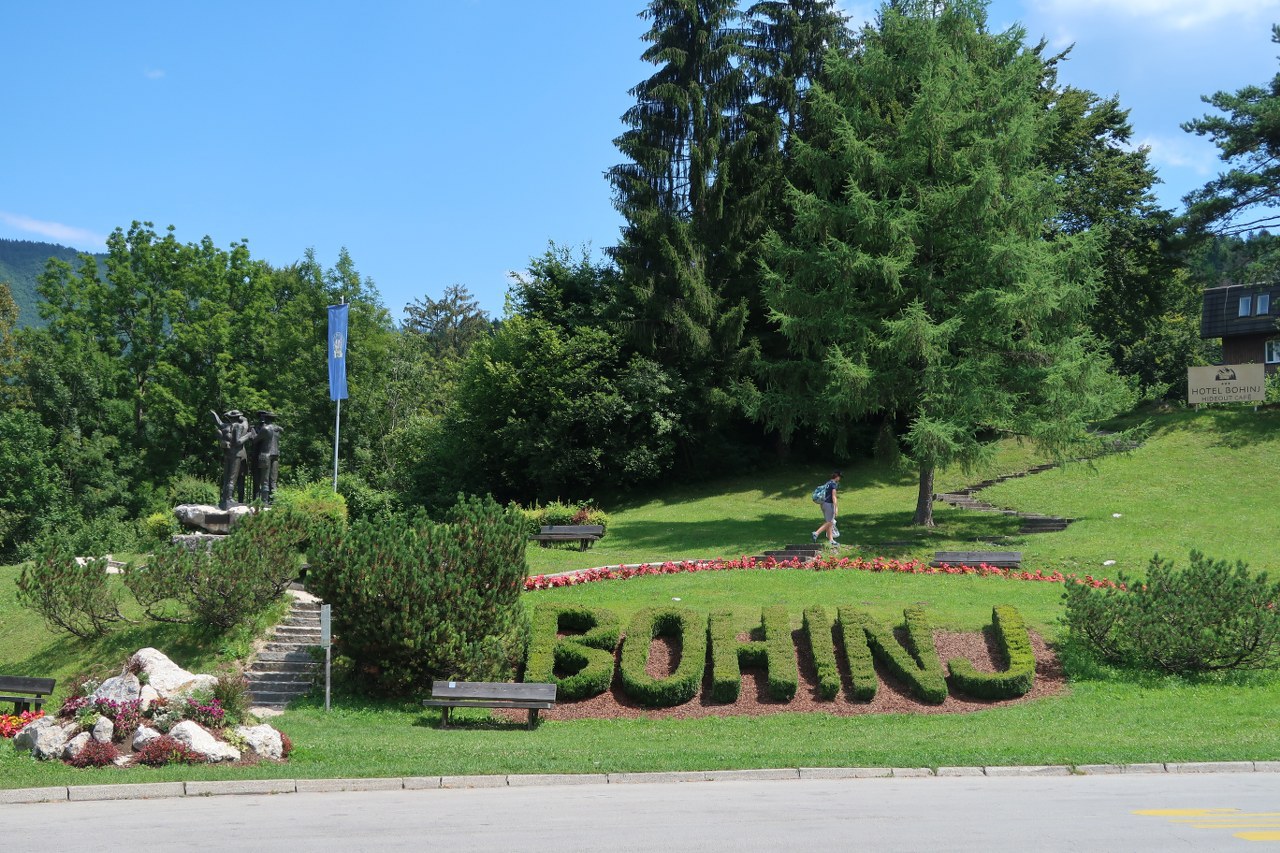 The lake itself was formed approximately 10,000 years ago by the intense erosion of the glacier. Tectonics also contributed to its formation. The main tributary is a karst spring and a creek called Savica, which in its upper part consists of two rivers. They are Small and Great Savica. They join the mountain cabin of Koča u Savice and then flow into Lake Bohinj. The mountain chalet is also an ideal starting point to reach theSavica waterfall. It is one of the most visited Slovenian waterfalls and boasts not only its history (the waterfall is mentioned in an extensive epic-lyric poem - Baptism in Savica by France Prešeren), but also a geological attraction in the form of two water streams coming from different sources. One is 25 meters high and the other one 78 meters. 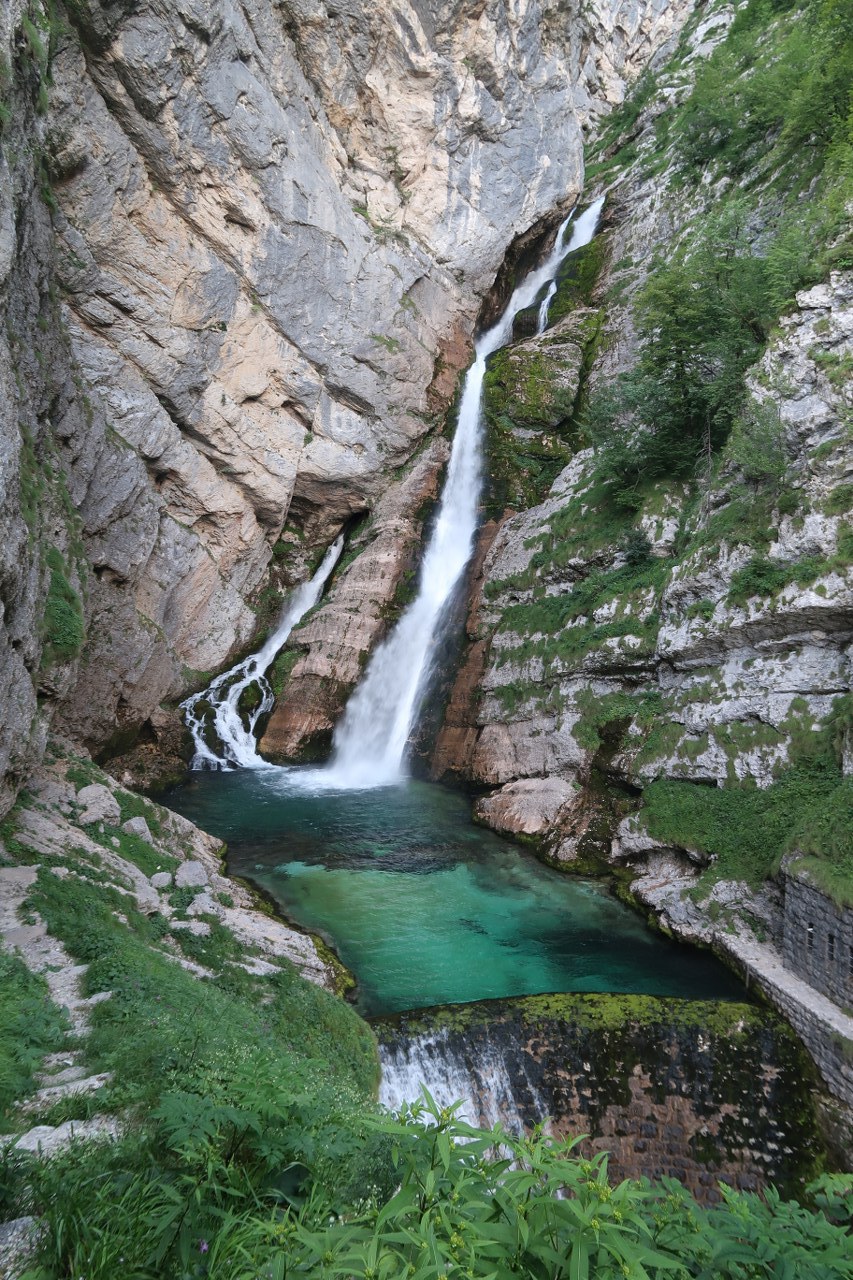 If you visit the area during heavy rains, you will see a number of other waterfalls reaching an incredible altitude of 600 meters thanks to the steep rocky surface around the Savice. 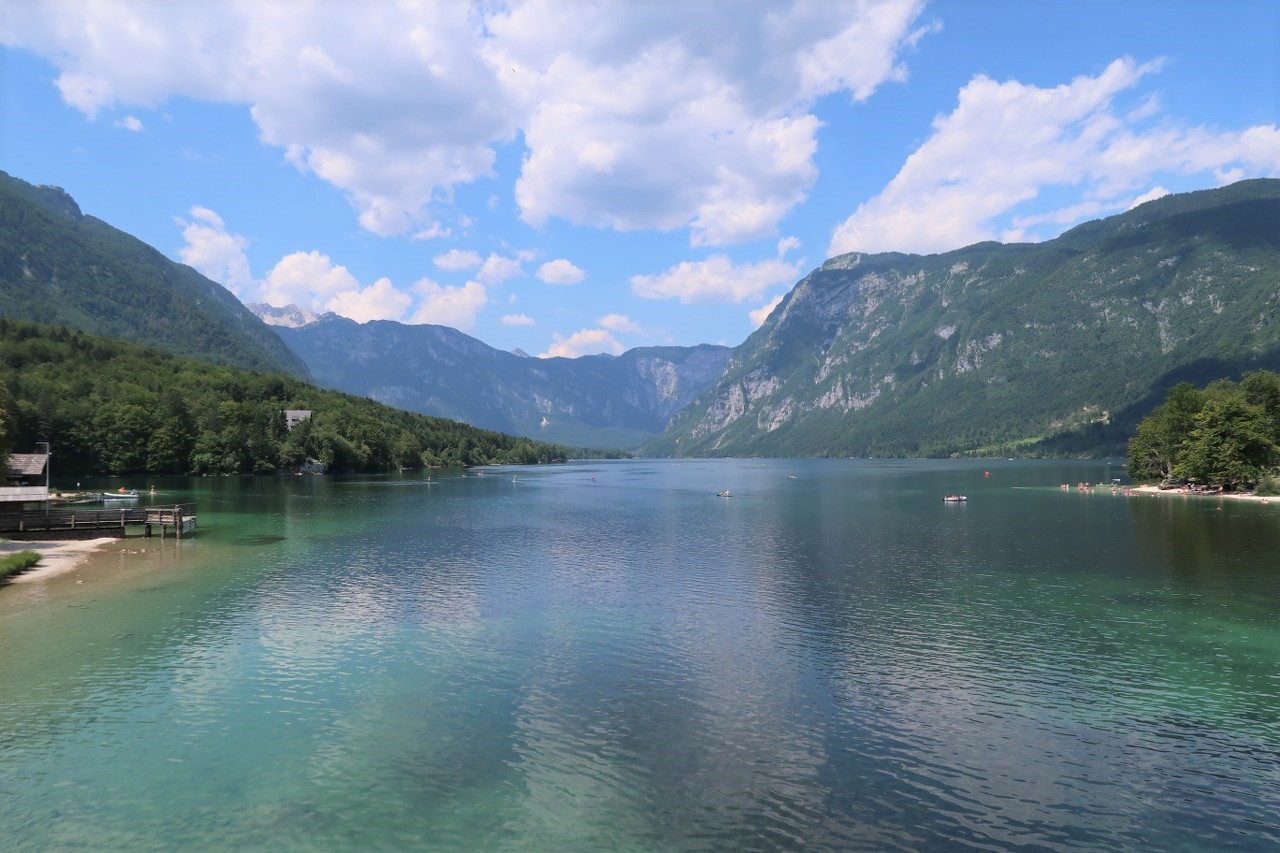 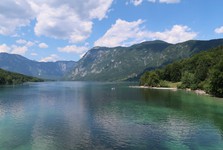 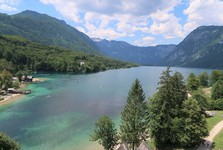 Access to the waterfall is well signposted and you can walk from the lake in about an hour. Along the way, you will cross hundreds of steps, a stone bridge and get to a wooden viewpoint, where you can enjoy the view of the water beauties. Unfortunately, we were not that lucky at the colorful rainbow around the waterfalls. 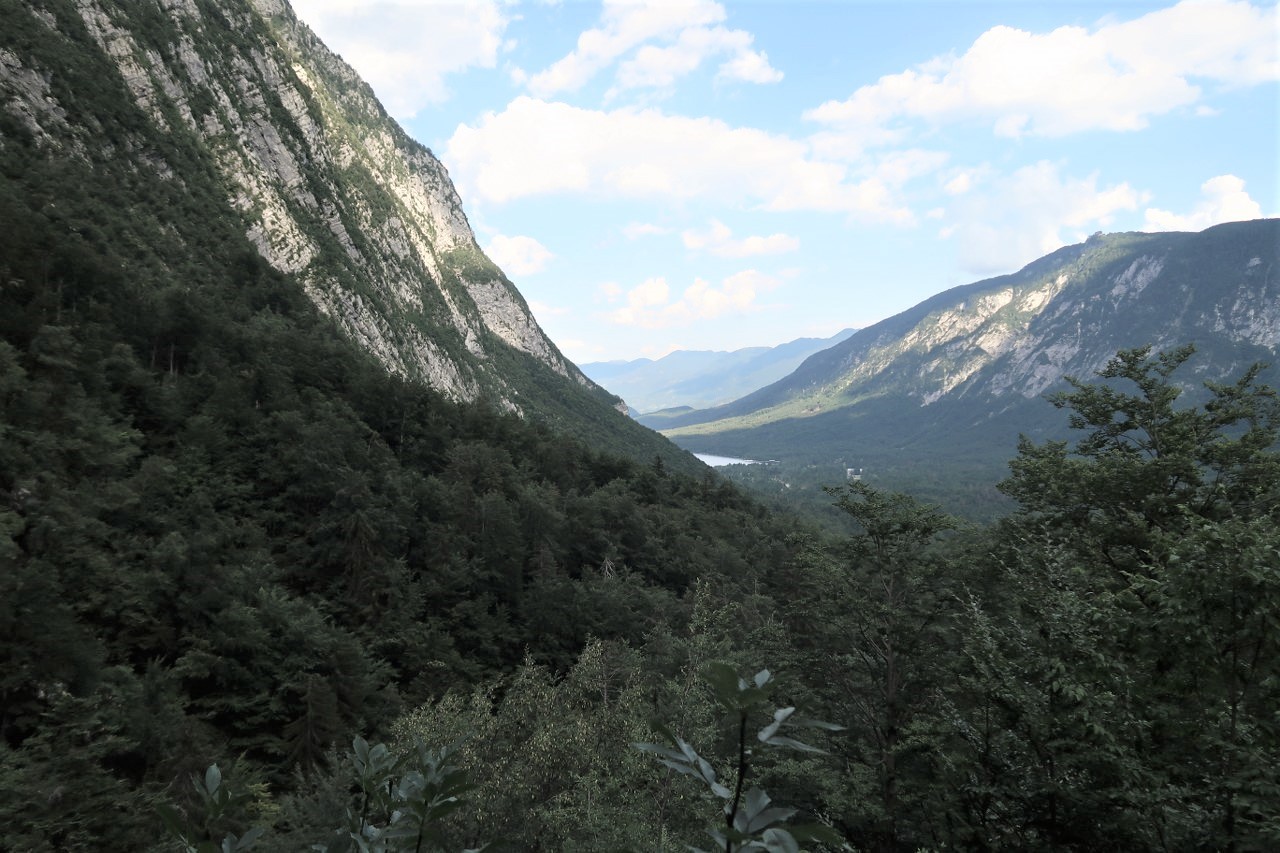 On the opposite side of Bohinj Lake - near the village of Ribčev Laz - there is a so-called runoff river Jazernica, whose length reaches only about 100 meters and then branches to the Mostnica and Sava Bohinjka rivers. We were also interested in information about the area of the lake, which may not always be the largest in the country. Occasionally it is overtaken by Cerknica (during floods). We have to mention the artificial lake Ptuj or Ljubljana swamps, which are larger than Lake Bohinj, but with specific conditions. 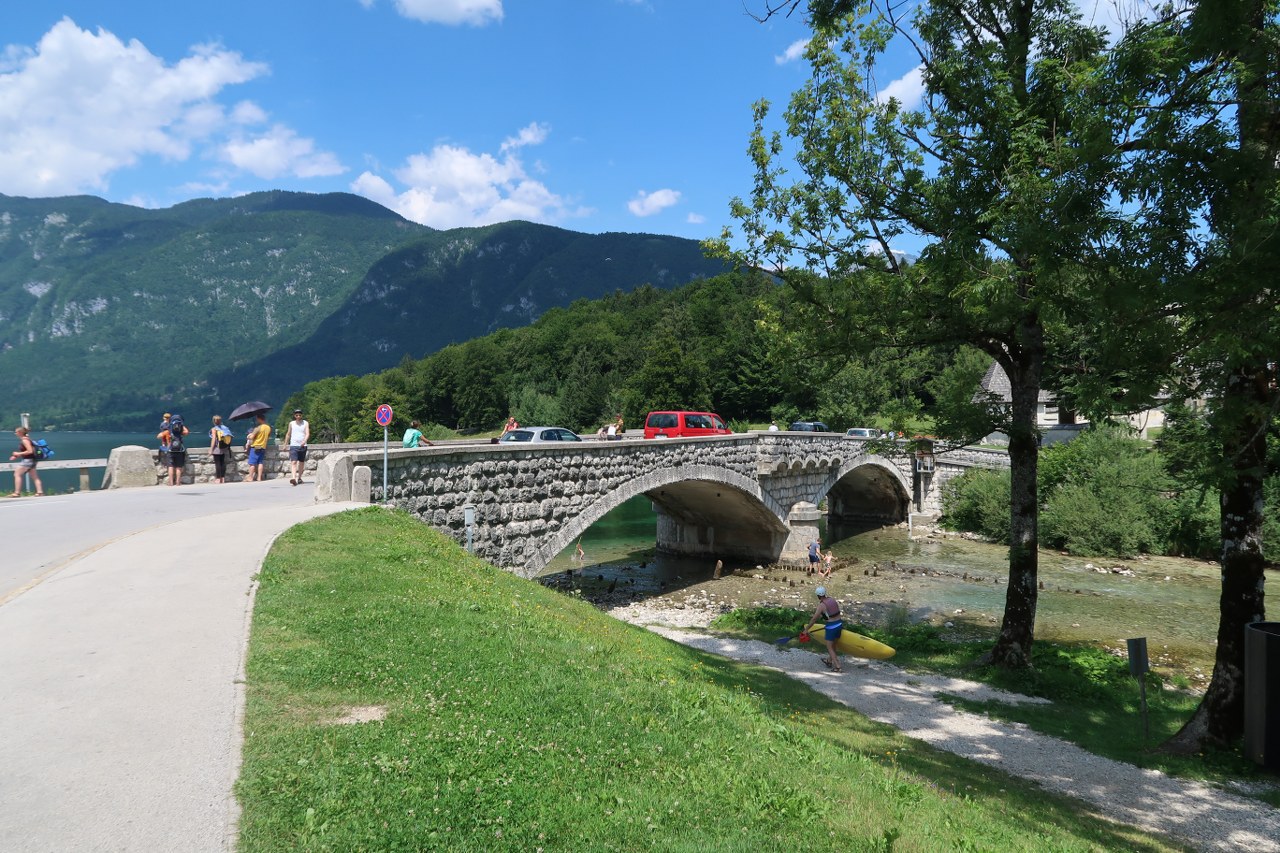 Life in the lake is really diverse. There are over 53 algae species, dozens of plant species, over 60 invertebrate species and 16 fish species. The lake is also a popular place for sports and recreation. In addition to a number of hiking trails, you will find climbing glacier boulders, several places for swimming, sailing, diving and parachuting. Various triathlon events are held here during the year. In addition to hotels and holiday houses, there is also a camping site and a small campsite near the water area where you can take a snack break. 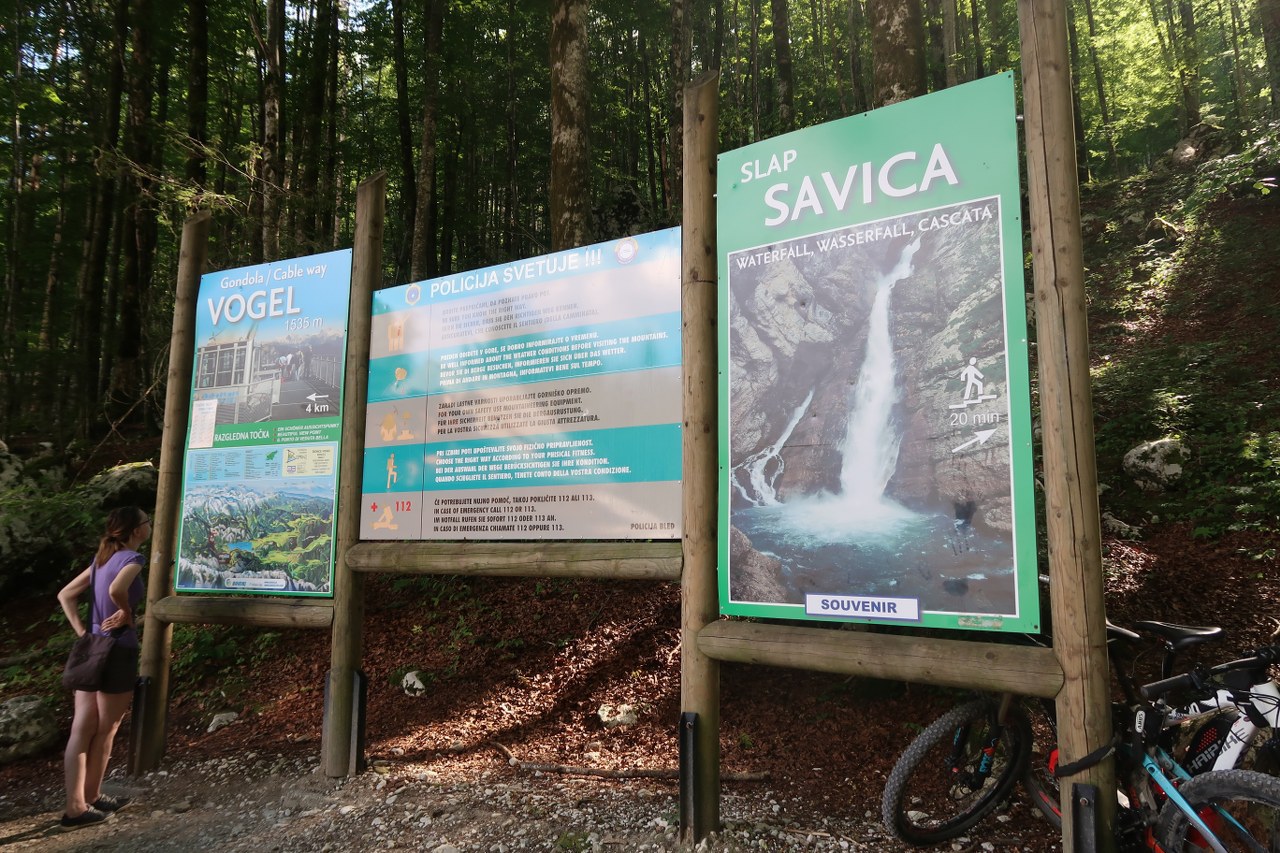 Right above the valley we were intrigued by a steep climb to the hills of Pršivec, Dolní Bohinj, the Komna or Fužinarska plateaus, as well as the Vogel hill, which is known for its ski resort. The Vogel peak is a popular destination for tourists in summer. There is a cable car that takes you to an altitude of 1,535 meters, from where you can enjoy views of the Bohinj basin with the lake. 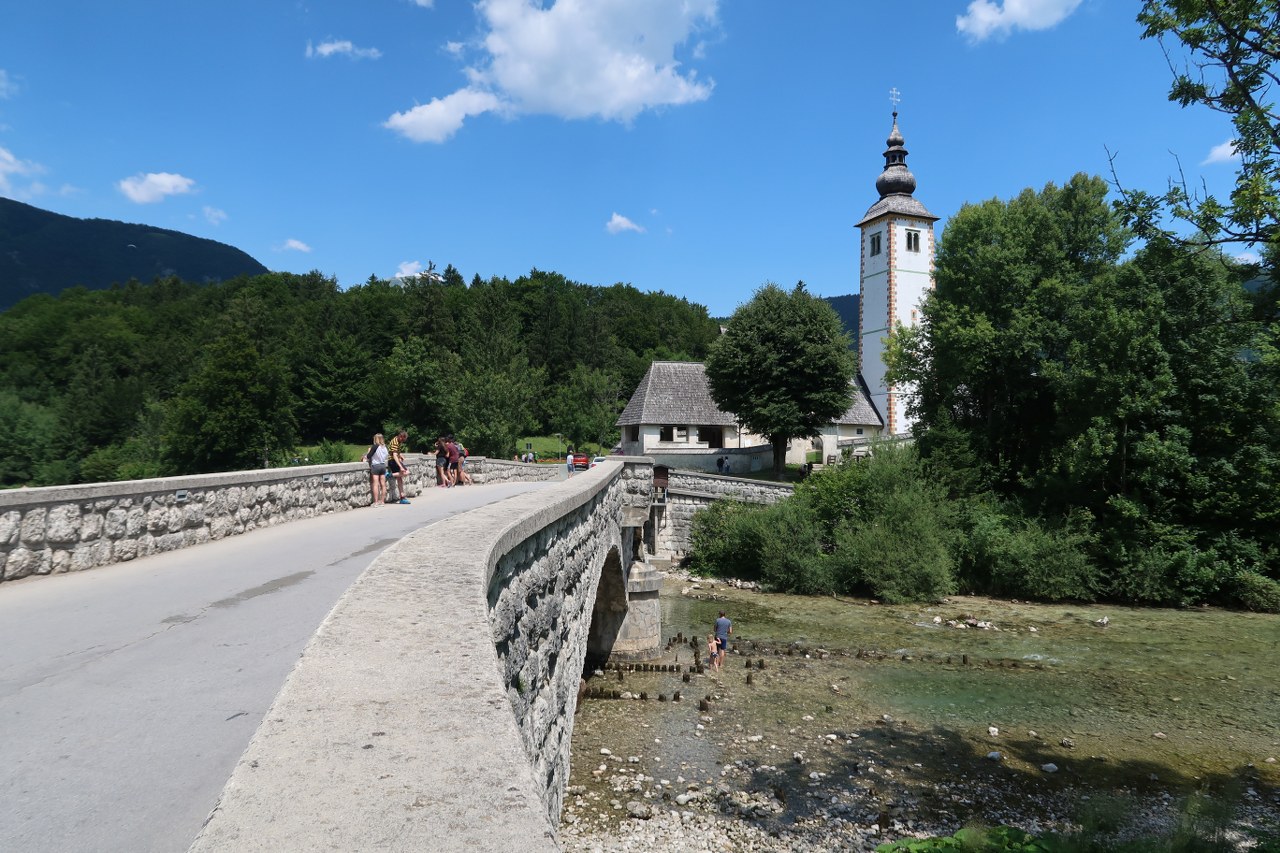 However, we preferred to visit the Church of St. John the Baptist built the 13th century. The sacral cultural monument stood on the shore of the lake in the settlement Ribčev Laz and together with the stone bridge formed a unique architectural ensemble. The original Romanesque building saw the influence of Gothic and Baroque styles. The interior consisted of frescoes from the 14th century, wooden altars from the 17th century and many other artistic details. The dominant of the whole area was a 35 meter high tower with a bell tower with a double onion shingle roof, which is open to the public as a view point. Wonderful views were the legendary end of a great day full of adventure. 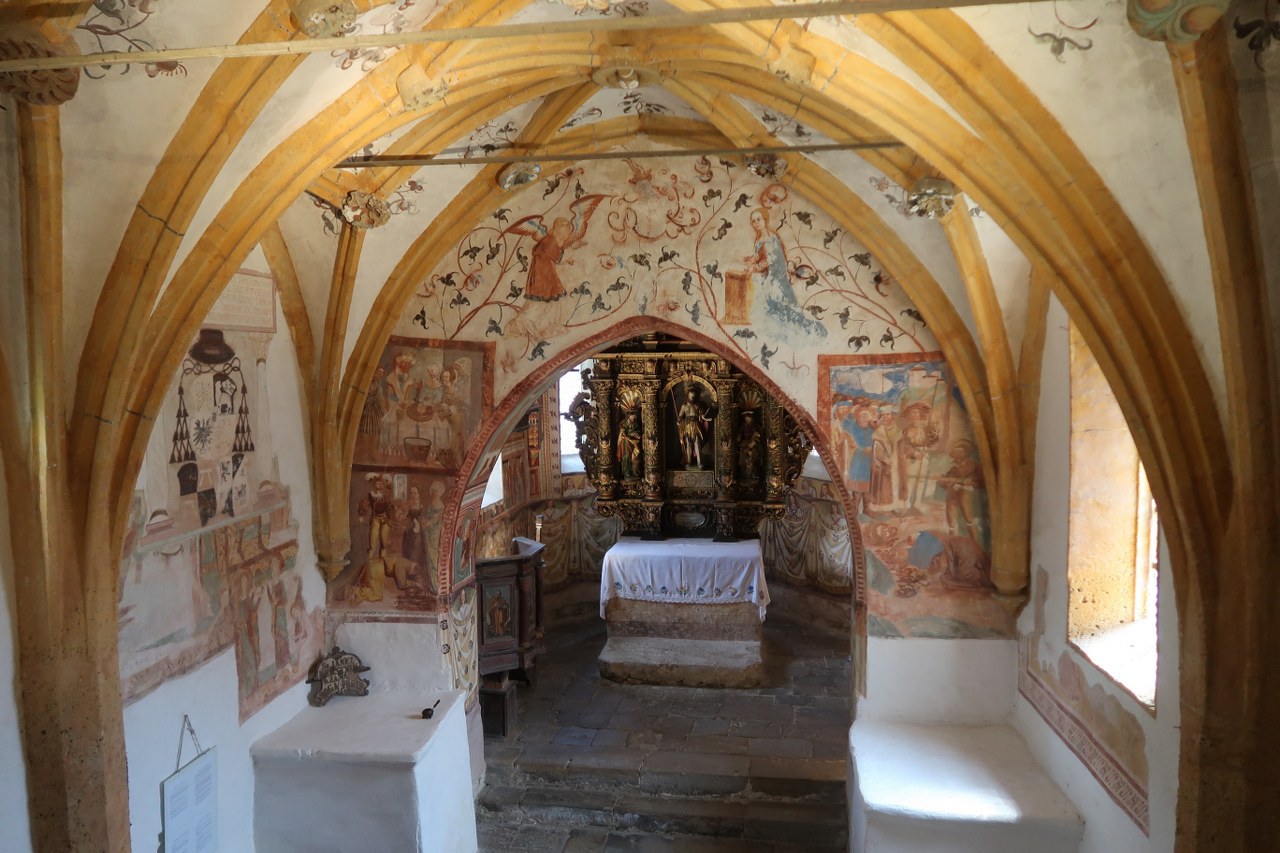 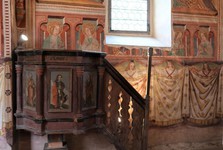 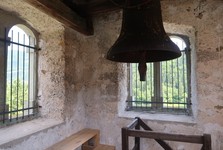