en.infoglobe.cz » Spain, Avila – The Town of Nobles I

In the early Middle Ages, Ávila was alternately dominated by the Moors and Christians, until the end of the 11th century, when the reconquista took place. In this city, the Spanish noble families settled in the 11th century. Gradually they built the palaces until the town of Ávila de los Caballeros, Avila of the Nobles, got its nickname. 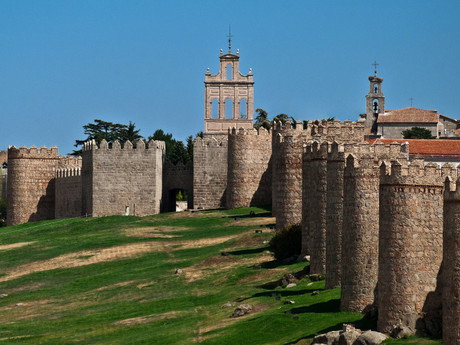 However, it was no earlier than in the 16th century, when city's golden age had started. Then the convent of Santa Teresa de Jesús, made Avila a place of pilgrimage. The monastery was founded in the 1930s for the Carmelites, and is dedicated to Theresia of Jesus, who deserved the reform of the Carmelite order. 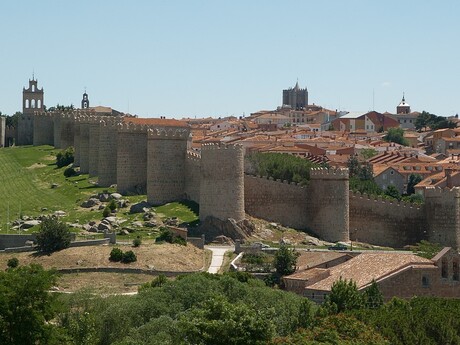 The highlight of the entire monastery is the room where Teresa was supposed to be born. Since then it had changed into a opulent chapel in the Baroque style. On the main altar you can see St Teresa's statue from Gregorian Fernandez's hands when Jesus Christ appeared to her. The whole sculpture is characterized by rich decoration and is embellished with jewelery and precious fabrics. Other sculptures, also from Fernandez, are found in main naves.. 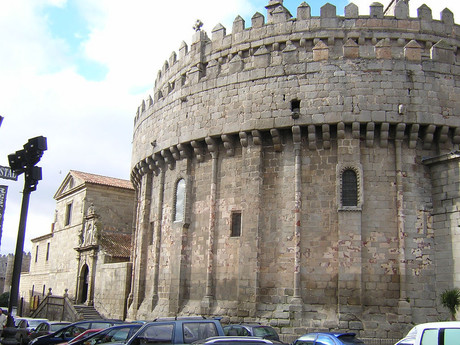 During the Middle Ages in Avila lived a large, prosperous and influential Jewish community, concentrated mainly in the northeastern part of the old town around the Puerta de San Vincente and at the southwest corner between the Puerta de la Malá Dicha and the Puerta del Puente. Today, however, only "crumbs" have left their presence. 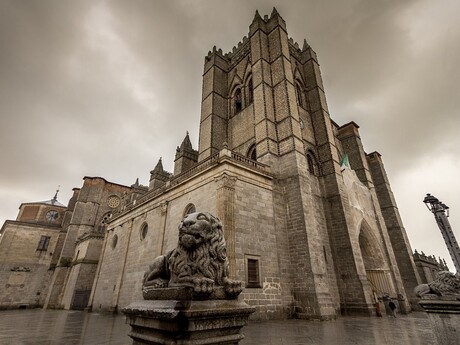 Historical testimony of the presence of the Jewish community in Avail is modest, but has recently been enhanced by an important find of the Jewish Cemetery. For example, you can visit the narrow medieval alley Calle Reyes Catolicos, once Calle Andrin, which was lined with various shops and workshops with originally Jewish owners. The same street was once Belforad Synagogue. In the past it was replaced by what is today the chapel of Nuestra Señora de las Nieves. 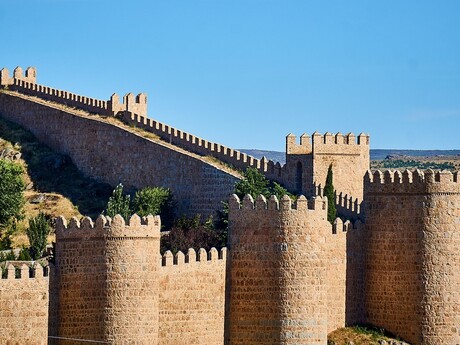 To visit another monument, we must go beyond the city walls, to the Basilica of St. Vincent, which is the most important sacral building in the city after the cathedral. The church with Romanesque roots was built in the early 12th century and the building is supposedly at a place where Saint Vincent of Zaragoza was murdered around the year 300. 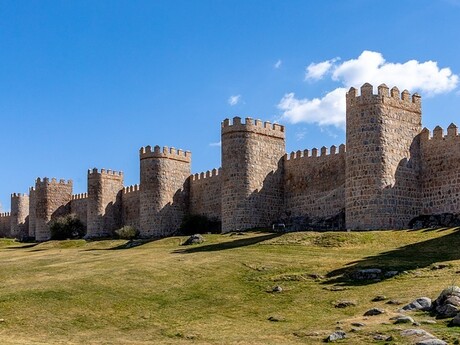 Vincenctwas captured during the persecution of Christians by Roman Emperor Diocletian and died as a consequence of horrible torture. His remains are now in Rome. Vincent, by the way, is the patron of Lisboa and Valencia.