en.infoglobe.cz » Spain, Cuenca – One of the Most Beautiful Medieval Towns

These houses are called Casas Colgadas, and you are worth the iconic appearance of Cuancy. You can reach Calle Obispo Vallero. They are so close to the edge of the rock that their balconies are already hanging over the abyss. There have been many such houses in the city once, but only three have survived to date. Fortunately, during the last century, they have been extensively renovated, so it is a pleasure to look at them today. 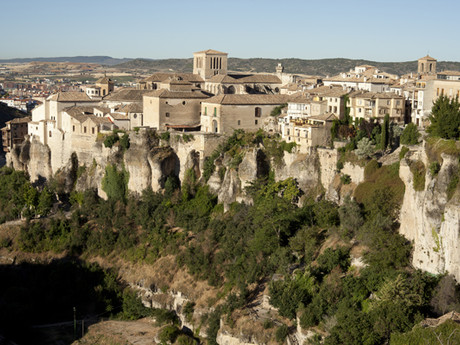 Cuenca is also known for some of its museums. One of them is the Museo de Arte Abstracto Espaňol translated as Museum of Abstract Art. It is located in a 15th-century house. Although extensive renovations have taken place, original architectural features, such as wooden beams in the interior, are beautifully visible. 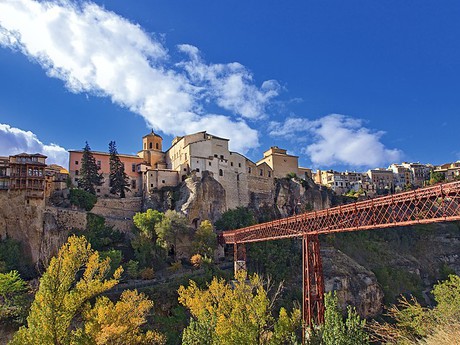 The museum collection includes mainly abstract paintings and statues from Spanish painters from the 1950s to the 1990s. The diversity of the collection and its range means that you will not be bored in the museum at all. It is exposed to seven hundred works of art, making it one of the largest museums of modern art in Spain.

Near the "hanging" houses you will also find the Museo de Cuenca, which focuses on the city and its surroundings. Archaeological finds from the time of the Roman Empire have been exhibited since the Romans had significant settlements here. During your visit you will see, for example, a reconstruction of Roman cuisine or a collection of Iberian dolls. Probably the most precious object is Lucius Caesar's marble bust. 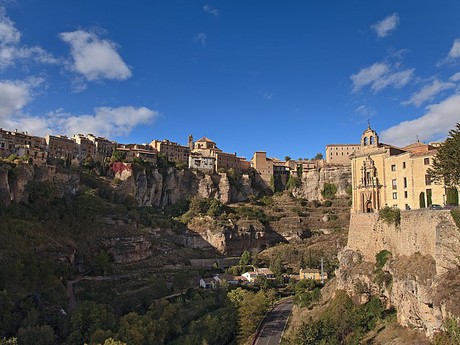 Convento de las Carmelitas Descalzas Convent is a picturesque baroque building for the Carmelite order. Built in the 17th century, it is at the highest point of the city, making it a wonderful view of the Huecar Valley. The Menendez Pelayo University is home to the monastery, and there are many cultural events held each year.

The last place we look at today's trip is the church of Nusetra Senora de las Angustias. This 17th-century church can be reached on foot through the scenic street of Calle Pillares. The church is built in the Baroque style, but stands on the foundations of older buildings. It is customary for visitors to kiss the local statue of the Virgin Mary for good luck. 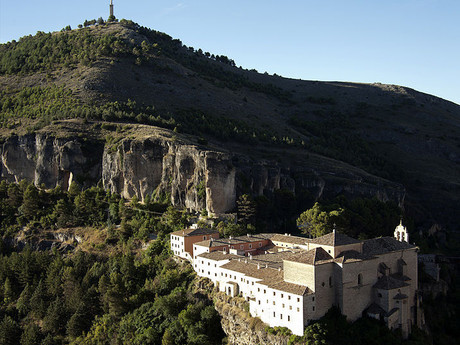 The city's atmosphere is simply fantastic. You will walk through the cobbled streets, around the magnificent houses and explore the narrow side streets and various hidden places. In short, almost every corner gives you a look at something interesting. It is therefore hardly surprising that Cuenca is protected by UNESCO.