When you hear Spain, most of you receive the idea of  Madrid, Barcelona, local soccer (football)clubs, bull struggles, Costa del Sol (coasts full of tourists on eastern part of the count

ry, along Mediterranean Seaside). As far as a little receptive person is concerned, he makes a connection of ETA with Bask movement for independence. Anyway, Spain means much more, of course, nevertheless, as each other country, which we have the possibility to know better as from armchair of some tourist resort on sea-side, where we cannot meet local people, of course. To most attractive places of interest which attract any receptive visitor, are two facts, as follows:

From this aspect, it is getting out the economical power of mentioned regions, as in case of Bask Region (Pais Vasko) and Catalania (Cataluna), and potential possibility for better self-sufficiency and better position towards Madrid. On the contrary, there is to be noted relative economical

dependency, as in case of Galicia. We can follow, at the same time, witness of nationality problems, which are remarked also by complicated events in its common history as well as in recent time period. To main areas, which are intent not only on independency, so on higher relation of autonomy in its administration, belong  three regions, just mentioned before, such as: Bask Region, Catalania and Galicia. All three provinces construct their claims and requirements on historical existence of their own nationality. In fact, except of possibility of using of their own language in official contacts  and relative autonomy, they do not have many chances for support of their own nationality. Nevertheless, between these three regions, there exist big differences dependent on their economic power. Galicia is comparatively poor. On the contrary, Catalania and Bask Region belong, together with Madrid, to regions with highest degree of economic power and development, within scope of monarchy. So, these forms (together with historical experience of each region with central power) are different. Whereas strong and relatively numerous Catalania chose the way of political (legal) fight, Bask Region preferred, on the contrary, connection with separatistic ETA organisation. However, this group is not too strong and local population does not support this form of bomb-attacks. Standpoint of Galicia is characteristic in the following way: some part of population prefers in their attitude complete independance, the second part is conscious of their economical dependance and prefers the actual state. 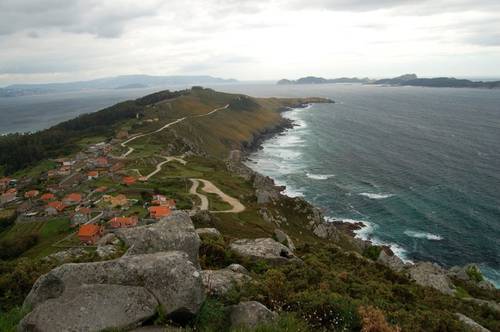 The historical experience created Spain as a special state in Europe. Thanks to their post-colonial relations to South and Central America (throughout its overseas colonies), we can follow a state, which is, despite its rich European history, minimal in the same degree taking up a standpoint with their former colonies as its European part. So, the history forms, together with its common language and many times similar cultural environment, creates very specific milieu. So, as practical incidence, there is often migration (movement) to Spain, looking for labour and education possibilities. It seems, after certain time period, that the population is more interested in actions on the other part of the world, as in European reality (school programme studies correspond to this fact, too). Nevertheless, the reality of certain plurality of cultural environment (we have to remind historical experience of Pyrenee Peninsula with Arab culture, visible especially in south of Spain) and relative vicinity of Europe, makes from Spain very remarkable place for visit. 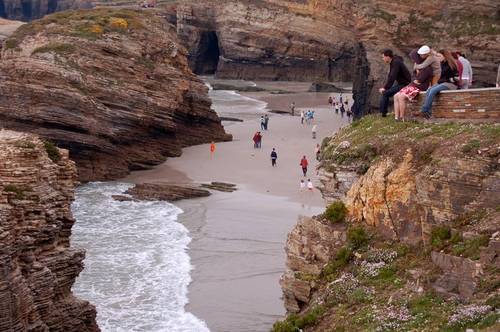