The collegiate church of Saint Isidore is considered to be the leading Romanesque church in Spain. Originally a pre-Roman structure from the 10th century. However, it was destroyed at the end of the 10th century to be renovated by Christian King Alfons V and completed by Ferdinand I, all between the 11th and 12th centuries. 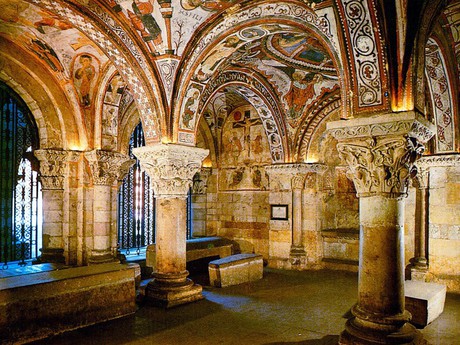 The church consists of three naves and three apsides. However, the apsides were later rebuilt into Gothic style. Inside you will find the tomb of St Isidore, the bishop of Seville. The western part of the church consists of the Pantheon Real, which is lined with richly decorated marble columns. In this part of the church, kings are buried as well as princesses and various nobles from the region. Pay attention to ceilings that are covered with magnificent paintings that can easily be compared to those in the Sistine Chapel. 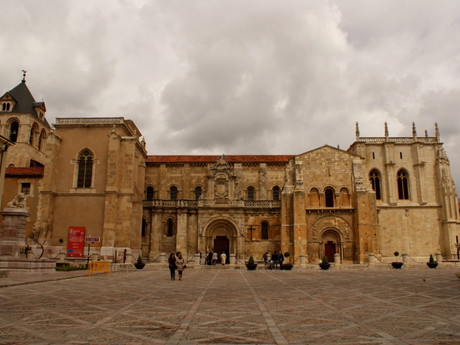 Next we will take a look at Leon Cathedral. The monumental building was built between the 13th and 14th centuries. The  architects who created early Gothic gem were looking for inspiration in cathedrals in the cities of Reims and Amiens, France. 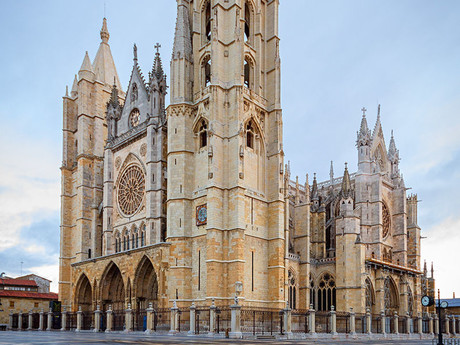 The main elements of the cathedral's head are the Torre de las Campanas and the Torre de Reloj, which create the left and right corners between the richly decorated doorway to the church. Puerta de Nuestra Señora la Blanca is probably the most beautiful entrance door of the cathedral and displays the Last Supper. On the right, there is the door of the Puerta de San Francisco with the characters of the prophets and the crowning  of the Virgin Mary. On the left are the Puerta de la Regla with scenes from the birth of Jesus Christ and his childhood. 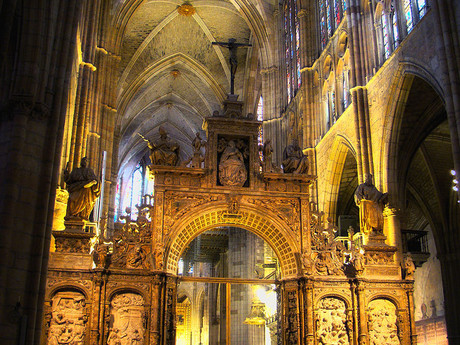 The interior is similarly richly decorated as the outside of the church. You will see 1 800 square meters of stained-glass windows from the 13th to 20th centuries. Especially the oldest windows with pink glass create a beautiful atmosphere when lit by sun rays. 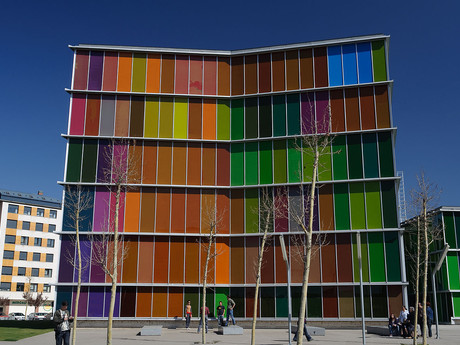 We conclude our sightseeing at the Museum of Contemporary Art - Museo de Arte Contemporáneo de Castilla y León. At first glance you will be fascinated by a stained-glass façade reminiscent of stained-glass windows from León Cathedral. Exhibits are displayed on the floor area exceeding 21,000 square meters. The aim of the museum is to create an interactive experience that will completely absorb the visitors and stimulate the discussion of the exhibited works.