But Marbella is not just about luxury. Next to the beaches, tourists also come he to enjoy Casco Antiguo, the old town, a historic center that carries in the atmosphere of old Moorish buildings, cobbled streets and trees.
Start at Plaza de los Naranjos. It was built during the time when the Mauvers were pushed out of the Iberian peninsula. The cozy square is lined with typically white Andalusian houses, among which Casa Consistorial, Casa del Corregidor and Ermita de Santiago. 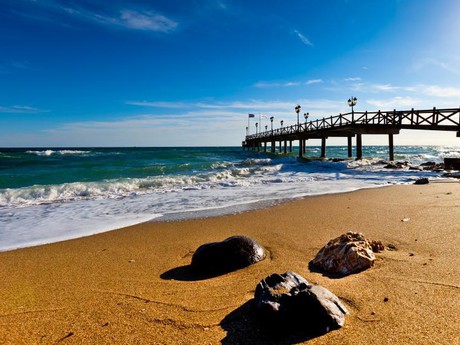 Ermita de Santiago is the oldest preserved religious building in the city. The church is built in a simple style and it also includes an interesting statue of St. James. Casa del Corregidor dates from the mid-16th century and is a combination of elements of Renaissance and Gothic style. The most distinctive part of this house is a balcony framed by three arches. The last of the three listed buildings, Casa Consistorial, currently houses the town hall. The house was built in the second half of the 16th century and in the 17th century it has undergone significant construction changes. The facade of the town hall, made up of long balconies, is a typical example of Spanish-style architecture. On the house you can also see old memorial plaques celebrating the conquest of the city. 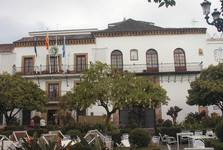 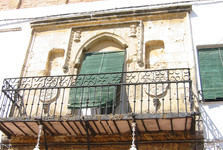 Had you became hungry while seeing sights at the square, you may be inclined to try

some gourmet experience. If that's the case, then we have to recommend a nearby Skina restaurant that boasts of being awarded the prestigious Michelin star. The three-course menu will cost you 110 euros, but it's simply counting on this luxury restaurant.
At the end of today's first Marbelle, we'll take you to one of the most exciting places in the old town. It is the Museum of Contemporary Spanish Engraving. The institution is housed in an old Renaissance-Gothic building from the 16th century, which originally served as a hospital. The extensive collections of the museum conserves four thousand artistic engravings and graphic artists from the 20th and 21st centuries, including sme of the most famous names in the world of art like Goya, Picasso, Miró or Dali.