en.infoglobe.cz » Spain, Mérida – A Trip to the Antiquity II

Nowadays the visitors will not see the gladiators, but thanks to excavations that have uncovered the foundations of the building, they will at least have a clue as to how the monumental architectural work is actually going on. Right next to the theater you will find the House of Amphitheater, which is the remains of a Roman villa. Some of the rooms are well preserved. Thanks to this you will see, for example, frescoes, mosaics in the corridors or mosaic floor in the kitchen, which is definitely worth seeing. Besides, in the villa there were thermal baths or drainage. 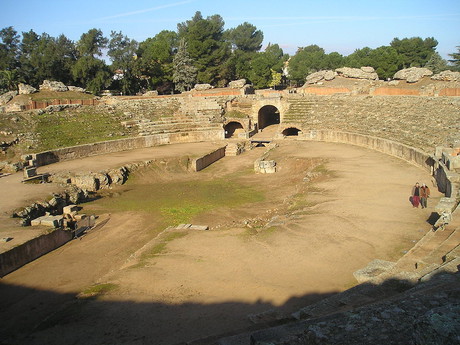 But let's look at one Roman villa, specifically Casa del Mitreo, which originally belonged to a Roman noble family. Part of the villa was also the mithraeum, an underground cave dedicated to God Mithras, where mystical rituals were performed. The main purpose of the cult of Mithro's mystery was the salvation of the soul and the securing of eternal life, which was achieved by gradual consecration in various ceremonies of cult. Just like in the Amphitheater's House, expect to see beautiful mosaics showing the birth of the world, see where the living quarters or thermal baths are. 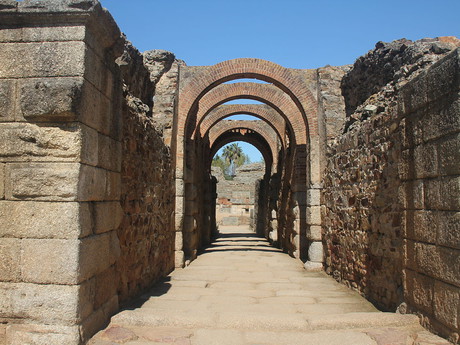 Next, we will introduce you to another monumental building used to entertain the crowds. In the antiquity, the Circo Romano hippodrome was, in antiquity, a place where two-wheeled car drivers competed. Later, the naval battles even took place in the hippodrome.
The entire building has a rectangular ground plan and is divided into several parts. The main part is an elevated platform in the middle of the hippodrome, originally covered with marble. You can still easily recognize the original auditorium. You'll even see the carceres, the gateway through which the contestants got to the scene. Definitely do not regret spending time, because you can hardly find a more preserved hippodrome. 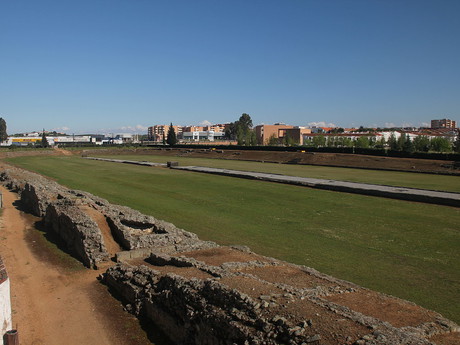 Puente Romano is the last antique building we are going to present today. The bridge of strategic importance was once a link between the ancient cities of Emeritus Augustus and Tarragona. The emperor Augustus built an almost 800-meter long bridge. This one of the largest Roman bridges in the Iberian Peninsula was built of granite and crossed the Guadian River. It consists of a total of 60 semicircular pillars, designed to relieve water pressure. 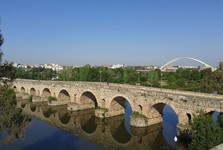 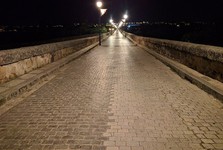