Published: 9.11.2018
If you remember, at the beginning of the previous article we mentioned that Pamplona is a city where people who like rather unorthodox experiences will thrive. So what we talk about?

We talk about encierro or bull running. This event takes place annually as part of the larger Fiesta de San Fermín which take place every year from July 6 to July 14. This festival is not only about running with the bulls but also includes beautiful parades like Gigantes, Cabezudos, or the procession to honor St. Fermin, which takes place July 7th. 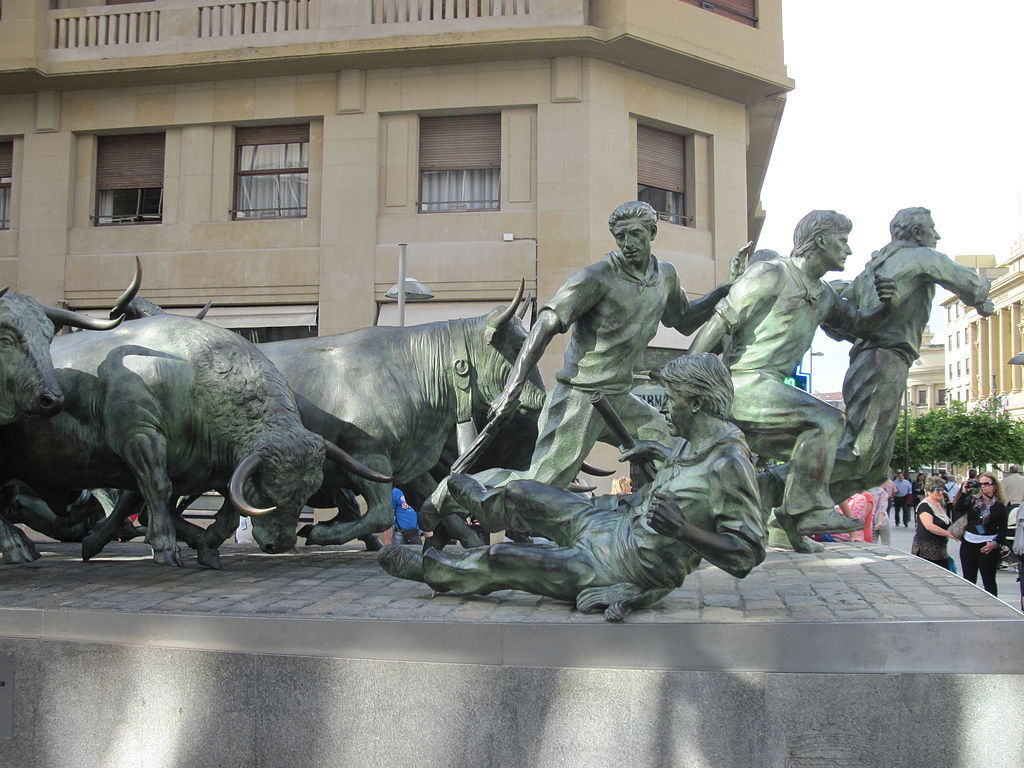 Bullfighting takes place all week long on Plaza de Toros. Every morning, the streets are blocked to bloody bulls where young men usually flee, who may find someone brave and someone else rather like someone who is unnecessarily trying to damage their health. 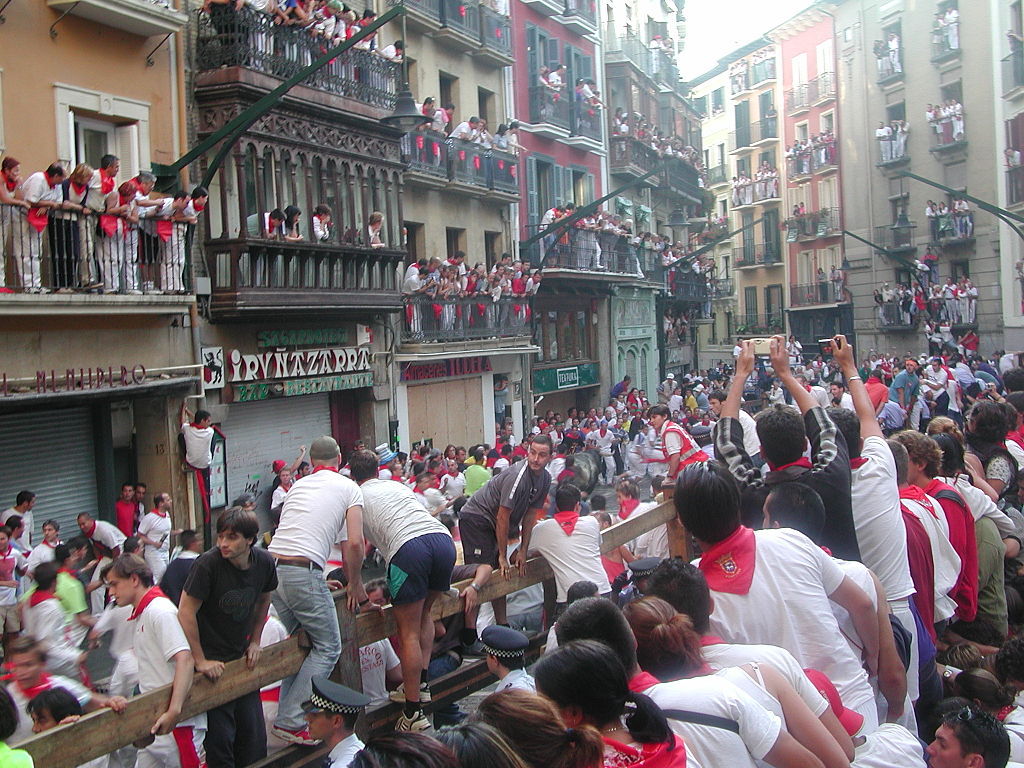 Given that they are really dangerous, only persons who have reached the age of 18 and are physically fit can participate. If you feel like spending a few hot moments running away from a herd of angry bulls, the meeting will always be at Plaza del Ayuntamiento at about half past eight in the morning. In order to create the right atmosphere, we recommend reading the book by Ernest Hemingway I of the Sun, which he wrote in 1926. 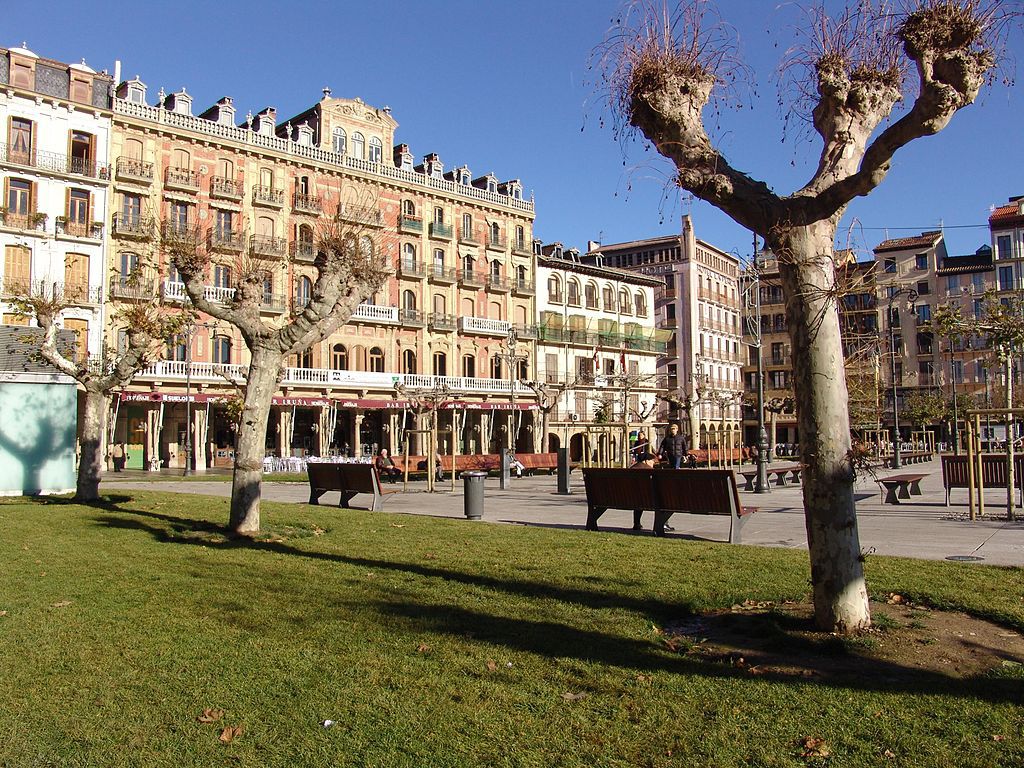 When we mention the square, we must not forget about the probably the most important in the city - Plaza del Castillo. There are also public events, different processions or markets. And since 1844, of course, bullfighting.
The square itself is surrounded by historic buildings with beautiful balconies. These include the monumental town hall Ayuntamiento, which you will surely not miss. The town hall was built at a place where the ditch once used to be. The building with a baroque façade of sandstone is crowned by a trumpeting angel on the sides, along the sides of which are the lions and a little further on the sides of the statues of Heracles. If you are interested, you can contact the City Hall and arrange a free tour. 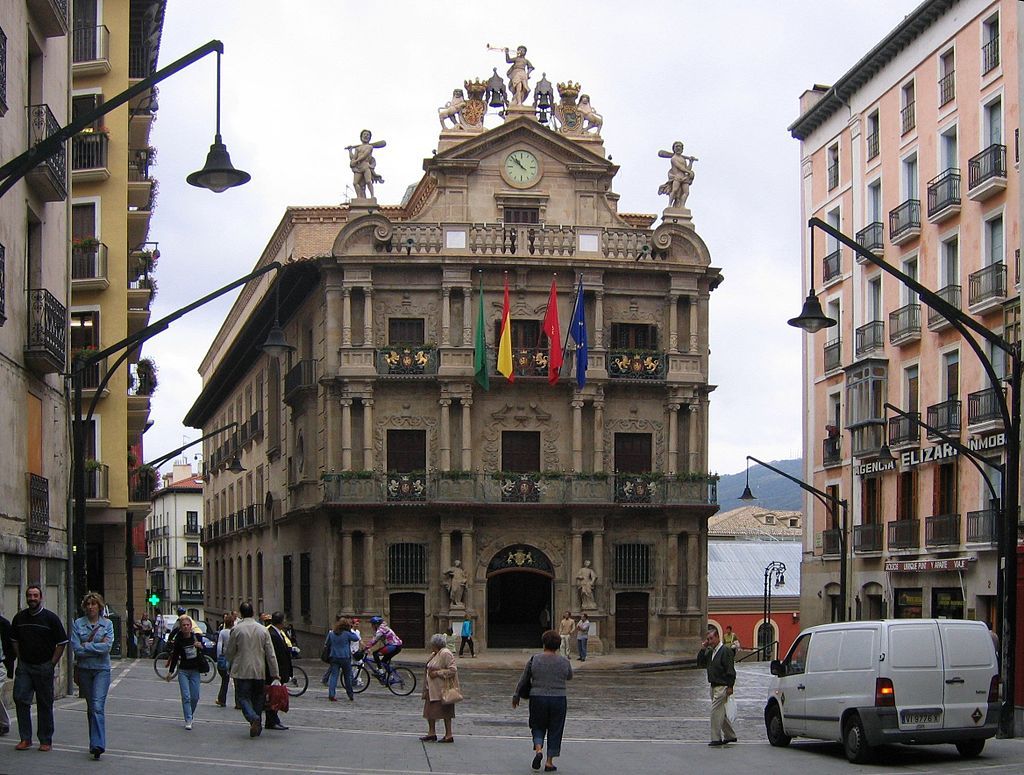 In addition to the town hall, note the imposing palace of Palacio de Navarra, originally built in 1847, but with a significant architectural additions in the early 1930s. It is

currently the seat of the Navarra Assembly. Inside the palace is the Korunní hall with a portrait of Ferdinand VII. from Goya.
If you have the time and taste, try to make a city trip. The Leyre Monastery, which was founded in the 11th century, is about half an hour's drive away. Its church boasts a Romanesque exterior and a Gothic interior. Inside, there is the crypt in which the Navarra kings were buried.