en.infoglobe.cz » Spain, Pueblos Blancos – The Spirit of the Moorish Times I 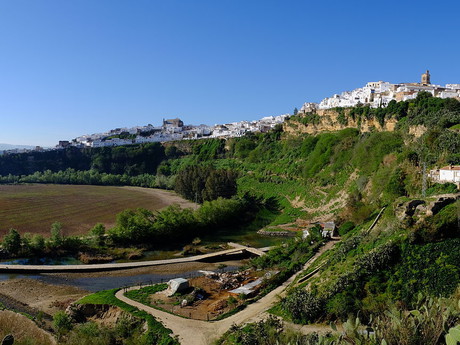 However, the journey is a bit more complicated as the only way to get there is by car. Still, we think that if you have visited some of rather noisy and crowded places like Granada or Córdoba, Pueblos Blancos will be a great change. Most of the villages are around the Sierra de Grazalema, Sierra Nevada and Las Alpujarras. 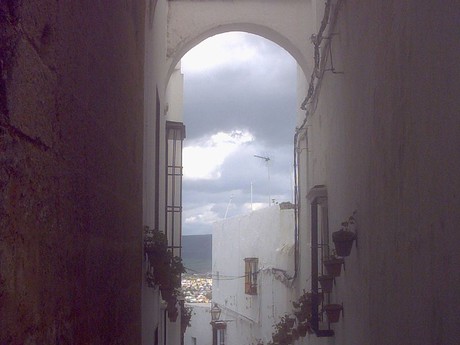 Let's start with Arcos de la Frontera. This town of 30 thousand is a sort of gateway to the micro-region. In addition, it was declared a national historical monument. The architecture has strong Moorish influences. The houses are white and built into semi-circles on a ridge over the River Rio Guadalete.

There are not only ordinary houses, but also several fortified settlements and two churches that definitely will capture your attention. On Calle Dean Espinosa, you can find the basilica of the Assumption of the Virgin Mary, which blends several architectural styles. 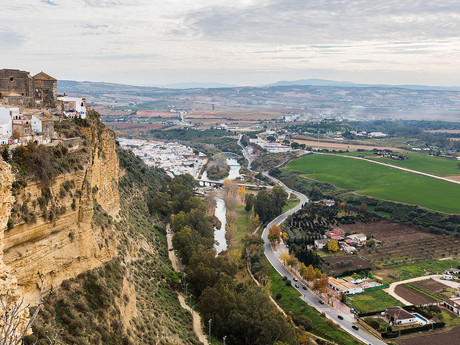 The basilica was built during the 15th and 16th centuries after the reconquista on the foundations of the old Vizigothic temple and ruins of the mosque from the turn of the 13th and 14th centuries. The façade of the basilica is characterized by plateresque-gothic influences. The façade, which faces Plaza del Cabildo square, is influenced by the Renaissance style. Another notable feature of the church is its unfinished Baroque tower. 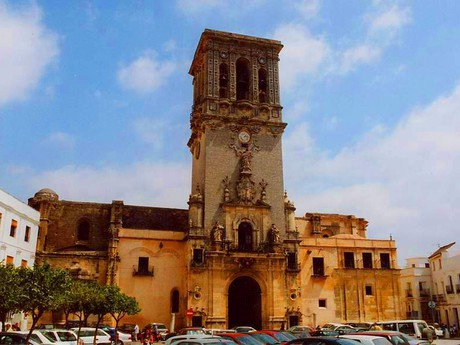 Other important places in Arcos de la Frontera include the Church of Iglesia de San Pedro, whose construction took place between the 15th and 17th centuries, and stands on the foundations of a fortress or a guard tower from the 14th century. The facade and tower of the church combine a number of architectural styles - Gothic, Renaissance and Baroque. 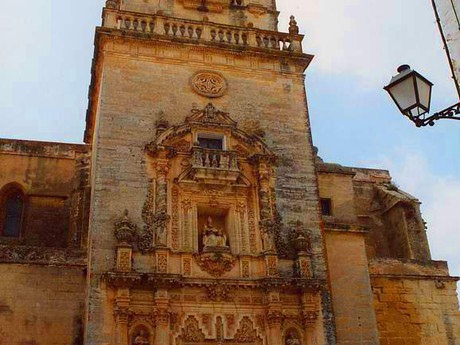 To stray away from the sacred monuments, we must mention one of the most important streets in the city - Calle Nueva, formerly a moat ditch. However, in 1755, the city struck a major earthquake, and part of the wall collapsed, the moat was covered with debris and gave reason to establish a new street.