On the coast south of Galle, there are not many hotels with pools, jaccuzzi, bars, discos, luxury restaurants but, on the contrary, beautiful beaches, perfect waves even for less experienced surfers, great local food, and fantastic peace and kind people. With 25 dollars a day you will feel like super rich here. 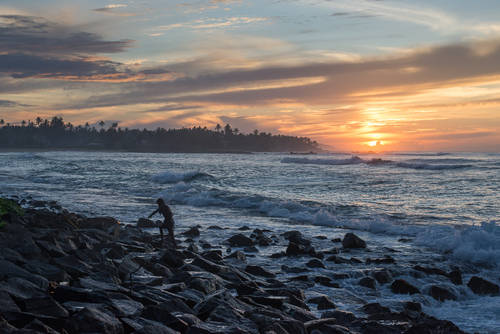 Every day, I get up before six o’clock to see the sunrise above the sea. Just before breakfast I go for a short swim. For breakfast, I get coconut flat cakes rotti, milk rice, or pancakes so-called hoppers with it comes spicy chilli and coconut sauce called sambul, a mixture of fried onions, curry leaves and chilli. And of course fresh bananas, or mango.

In the morning, I usually work for couple of hours. Then I make a short trip around. A large lagoon stretches to the inland. Number of bird species are flying there, crocodiles are in the water, and goannas are sunbathing on the beach. Groves with coconut trees and small villages follow one after another. Every village has its small Buddhist temple. These small temples and monasteries are the most interesting to me. They really have this “humane” atmosphere. You can start talking to a monk and see how the monasteries really work. The large ones are mostly tourist attraction and are very remote from their spiritual purpose. 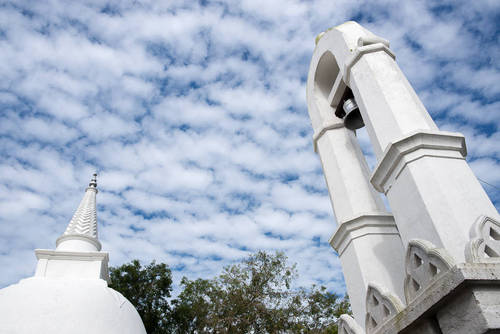 Five kilometers to the north, there you find the village of Ahangama famous for its traditional fishing on sticks. As I would learn later from my friend there, this type of fishing is used in the summer and the spring seasons in Srí Lance. Right now, in Ahangama, couple of fishermen sit on sticks yet they are more of a tourist attraction that genuine traditional craft. And I have to pay to take picture of them. 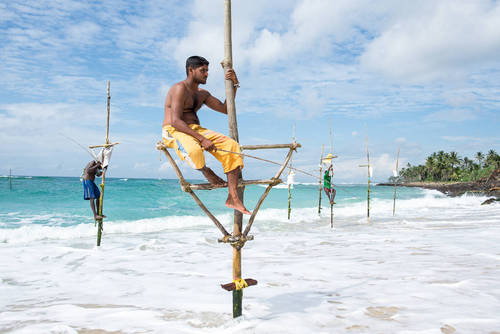 Unlike Midigama, in Ahangama, you can find couple of restaurants, ATM, large stores, and a train station. Many trains have a stop there (in Midigama, only three trains stop there every day). Local beach is one of the most gorgeous I have ever seen. Moreover, its almost deserted. I eat lunch in one local restaurant for about 1 dollar. Food is much better than in a tourist restaurant I visited couple of days earlier in Mirissa. I paid almost ten fold what I paid in the former. 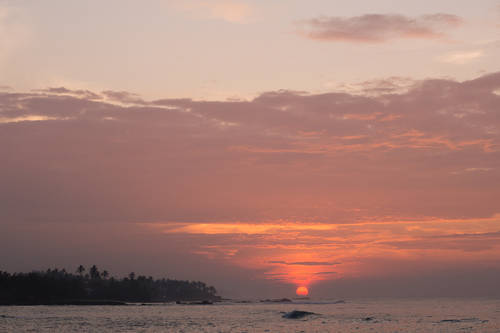 I get back to the guest house in Midigama. Again, I get a free coconut given to me with a beautiful smile. After a short rest on hammock, I go scuba diving to see local coral reef. There is still a lot to see, yet, ten years ago, it was almost completely destroyed by tsunami. Life has been slowly getting back and you can see many colorful fish, sea anemone and one can see a living coral occassionaly. I believe that next time I see Sri Lanka life will be flourishing there even more.

Next day morning, I set off to former Dutch colonial city of Galle. More of it you learn in the following article. Afternoon, I have some time left so I ride by train to the town of Hikkaduwa. The town is more of a tourist place on the west coast. The beach is beautiful but there are many tourists even off season. People are not so friendly as in the south. At local market, I bought some bananas, small water melon, and an avocado for a late afternoon lunch. Thanks to one kind man (fortunately, good people are also here) I get a sale for a tuk tuk ride. It takes me along the coast to a turtle rescue station, and the museum of tsunami. 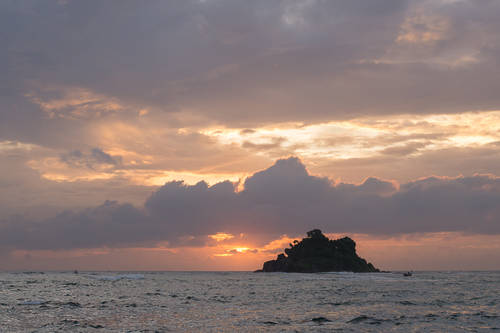 When I have returned to Midigama I feel even more like I was in paradise. I would stay there until the end of my vacation. Prior to my departure, you would like to visit a friend at Kandy and see the non-tourist area between Kandy and Colombo. So, after five beautiful days I am leaving the guest house and board a train to Colombo. If you like calm sea and you don’t need to spend large sums of money in luxurious restaurants and hotels, the region between Welligama and Galle is just perfect. You can do a lot in your free time there, learn about local culture, and I am certain it won’t be easy for you to get back home... 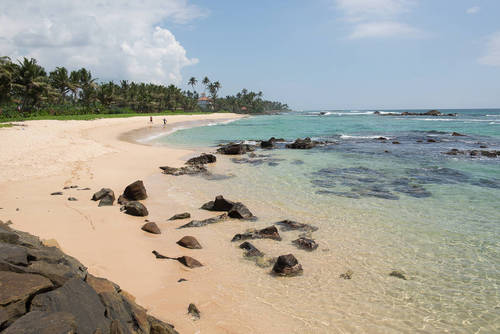