Rightfully, it is part of the UNESCO’s World Heritage Sites. Except for this there are also dozens of jewelry shops, shops selling spices, tea, or exotic clothes. Moreover, you could find many banks, hotels, luxurious restaurants, and beautiful cafes. All the noise of Sri Lanka is kept outside the gates. 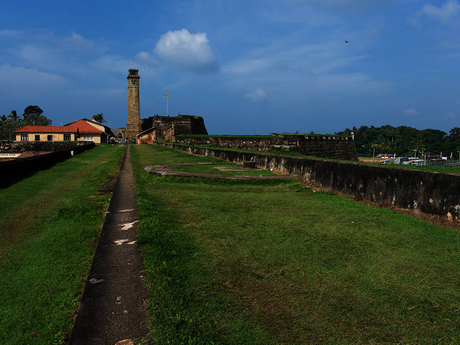 The first Europeans to reach Sri Lanka in 1505. Those visitors from Europe were the Portuguese who made trades with the island. The most important commodity was tropic spices, and textile, and to lesser extent ivory. Právě The Portuguese conquered the important port city of Galle in the southwest of the island. It was a retribution of the islanders not letting the Portuguese ships into the harbor. After the city was in their hands they started building a new fortified colonial city, essentially buttressing the significance of the harbor. Yet it were the Dutch to made Galle almost impenetrable fortress in the 17th century. Almost unchanged the city has entered our era. 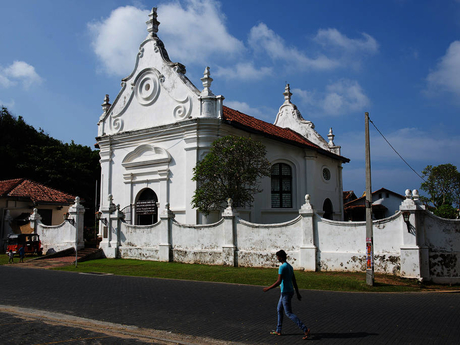 An Anglican church, Buddhist temple, Dutch Protestant church, Catholic church, and a mosque – each close to another. It doesn’t seem that the locals would have any problems wit them. If I had watched closely, I would have found even a small Hinduistic sanctuary. Inside the fort, there is one of the largest temples of Shiva on the island. 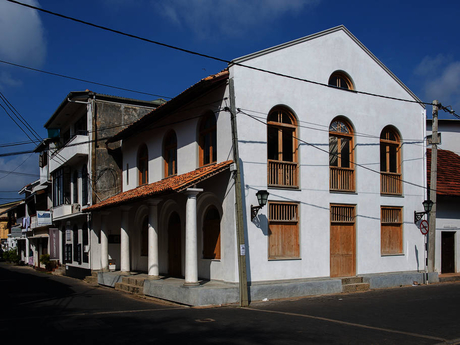 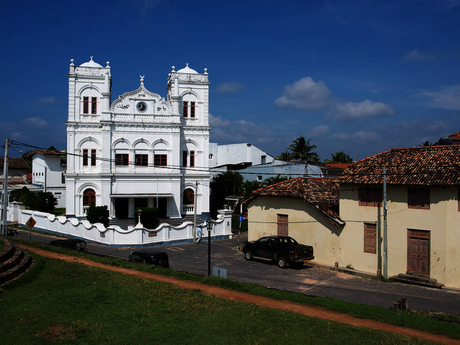 I get to the lighthouse beneath of which laid a small beach with shallow shoreline. For the first time, I see a large group of locals swimming in the sea, a very uncommon view in Sri Lanka. I walk on the fortification, and buy a fresh piece of delicious pineapple . Many vendors try to sell me some souvenirs, scarfs, bracelets, or earrings, carved elephants, and monkeys. A bit further on, someone exhibits a living cobra, and a trained monkey. 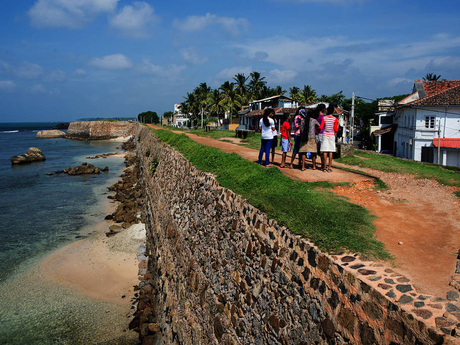 I am getting back to the puzzle of streets trying to find a nice café where I would take a break. Fortunately, it is not so difficult there. After a while, I sit on a small stone yard in the shadow of a palm tree talking to a waiter. He asked me where I came from. When I said that from the Czech Republic, he responds with couple of Czech words. He said that he married a Czech woman several years ago to get passport and visa in the European Union. He live in Prague for some years. Quarrels with his wife forced him to get back to Sri Lanka... 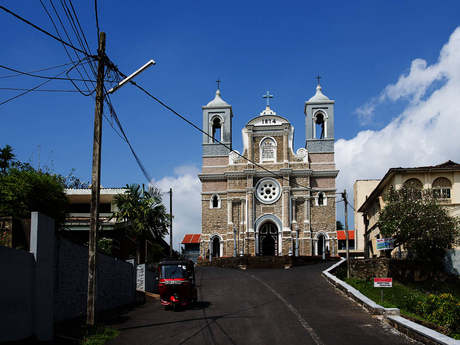 Even the National Naval Museum and the cricket stadium that is one of the most interesting in the world. Couple of kilometers down the south, there is one of the most popular resorts in the area - Unawatuna. The best thing is to get your accommodation there, and take a one-day trip to Galle. It is not very far away from Ahangama, Weligam, Hikkaduwa, and other popular resorts on the western coast.