Later in the afternoon I found accommodation by the beach for shy 300 crowns a night. I was about to experience couple of unbelievably easy days... 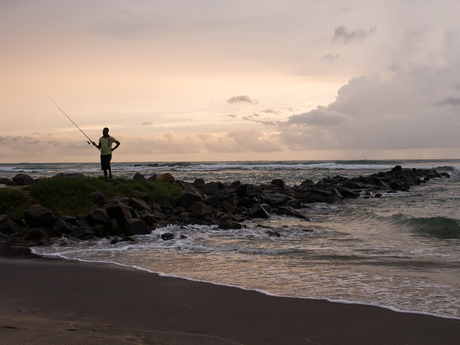 Mirissa is a resort that has been long forgotten by the holidaymakers. It still has lots of quiet in it. Yet dozens bars and restaurants were built on the beach, and many more are in the village. The south part of the village is pretty easy, and quiet. Ideal for anyone looking for relax. 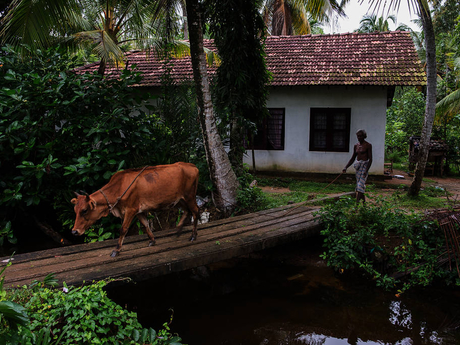 Except hers beautiful beach, Mirissa is known for whale and dolphin sighting. It is said you can see them in spring. Couple of sightseeing ships set sail from there on daily basis. You would certainly see the fish 100%. I didn’t join a sightseeing cruise. I went surfing instead, or made trips to the surrounding. Some people said, however, seeing the fish was one of the best experiences in their life.

I recommend paying a visit to local Tea Center – a small shop near the main street. There they introduce you to the secrets of Ceylon sea, give you some tea for tasting, and you can buy some tea for home brewing for an affordable price. It is nice to take an evening walk amidst rice fields spanning all around. 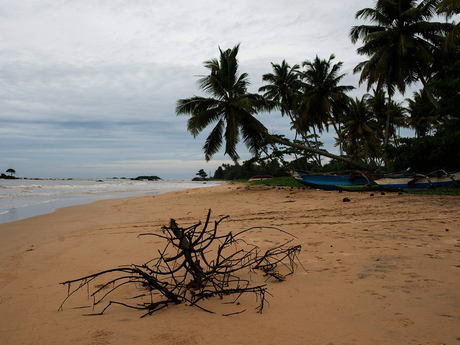 Should you get enough of sunbathing at the beach, go and explore interesting places in the surroundings. About a kilometer off the town, in the direction to Matara , a small Buddhist temple stands on a small hill. There you can talk to very friendly monks in orange habits, or light up a joss stick. Some monks are just little boys who were afraid of me yet they flooded me with questions after while, and told me how it is to live in the temple. 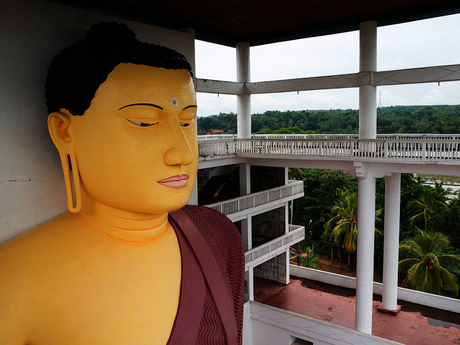 Interesting small temple is about the same distance in the opposite direction. It stands close to the main road. You can hitchhike a bus there. They come every ten minutes and could take you to the neighbor town of Weligama. You can find also a beautiful beach there.

On one afternoon, I set off to see Matara, a town bit further to the south. Originally, I rode through there before. Immediately, local market simply absorbed me. There are sold many kinds of fruits and vegetables, as well as fish, nuts, betel, rice, legume, and many other things I didn’t know. One funny man showed me how he could peel a cabbage in air. He looked like a juggler. 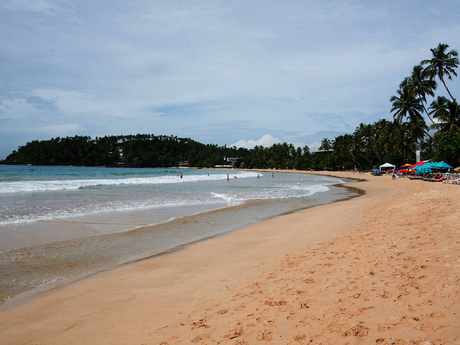 I bought some food and something to drink at a street stand (great fried vegetable pockets with fish and an egg, mango and bananas). Then I set off to explore former colonial fortress separated by large wall from the rest of the city. It isn’t as well preserved nor large as Galle. Yet it still demonstrates the influence the Europeans had there.

Usually I get quickly tired of large, noisy cities. Matara was no exception to it. I stopped a tuk-tuk that took me to a large temple, 3 kilometers off the city. I hadn’t met there anyone except some monks, dogs, and two tourists. I greatly enjoyed sacredness of this place. 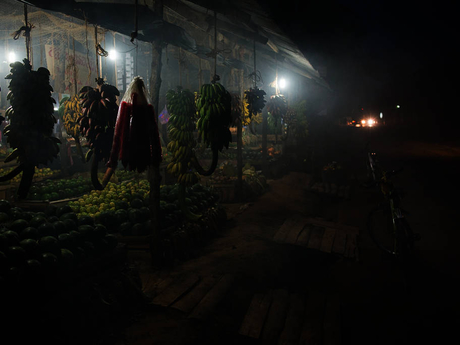 The Weherahena Temple is the main sight one of the largest Buddha statues on the island. It is 39 meters high. Only recently has its height surpassed. I was impressed by extensive underground complex where I saw many Buddha paintings. I received blessings from one monk. For couple of hours, I was watching painted stories from Buddhist mythology. View of rice fields from atop of the statue was great bonus to the trip. Recently the temple has been renovated, mostly thanks to the money coming from foreign donors. Me too contributed to the preservation of this beautiful temple with couple hundred of rupees. It is worth preserving this temple for the future generations... 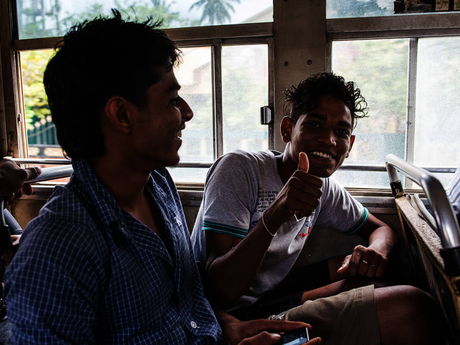