en.infoglobe.cz » SVK: Rajecké Teplice - Or How Is A Taste Of Slovak Spa - VIDEO

Slovakia has its National Holidays. Slovak Government, similarly as those Czech one, and even governments of another states, made it so in the country that nobody would be forced to go work. On the other hand, the Slovaks, as a difference against the Czechs, strictly keep such „working fasting“. They do not work at all. A hurry for profit, except some trades, depending on tourism, is on the second rail, no doubt.

The people do not work in such consistent way  that, provided you wish to buy something to eat, and you do not have any idea to sit in hotel-lobby, restaurant or in a pub, you have completely bad luck. Along a way from Žilina up to Rajecké Teplice, surrounded mostly with gigantic industrial buildings, there was open only one foodstuff shop, except several kiosks, offering sheep cheese. The choice of goods from old stands, as well as an apron of older saleswoman reminded in striking way passed era of Communist Czechoslovakia. 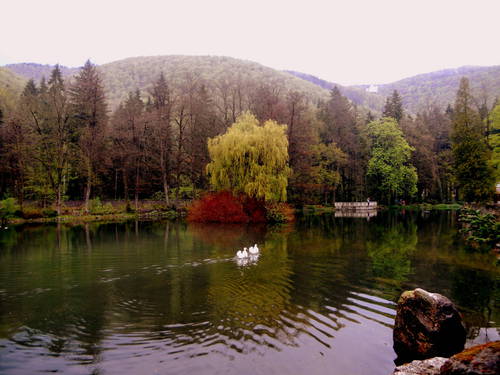 When you need a salt…

It is a different fact for everybody who would like to visit Rajecké Teplice, one of well-known Slovak spa resorts. It is obvious, from the first view, that such small town of three thousands inhabitants, urgently needs tourists and spa guests. The waiters from one restaurant do not catch to serve all guests who entered inside. And suddenly, heavy rain started to fall outside. A couple of minutes ago, only one table was occupied. Now, they are unable to heat the oven, preparing pizza, nor to coordinate all meal-orders. And so, the persons who came as the last, eat as the first and those who came as the first, leave their seats as the last ones. They were unable to stop the waiter, (crying to their guests from time to time), warning them „not to behave like at football match“. So, real spa busy life!

After a hail which expressively stopped and cooled down mountain air, the people left covered spaces of taverns and address their attention to walks inside local spa. Nevertheless, this small arranged park could not remind anything, resembling colonnade, and you cannot buy characteristic spa wafers at the corner. So, the people walk among several spa buildings. Aphrodite House (Greek Goddess of Love) belongs to most known and most ostentatious buildings. 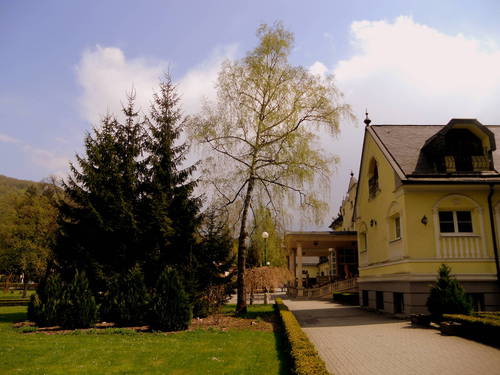 Except this jewel, i.e. building with four stars in antique style, the healing procedures are being offered also in Malá Fatra, Velká Fatra, Laura, Villa Margarethe and Villa Flora. You can order your lunch in „Rybářská bašta“, small inn, which is placed in a small island in the middle of local lake, full of fish.

The history of Rajecké Teplice Spa resort is dated to 14th century. Medical procedures are based on healing thermal spring, with a temperature of 38 °C. Slovak specialists concentrate their attention for treatment of inflammated and degenerative indisposition of moving apparatus, joints, painful backs as well as nerves´ diseases or professional sickness. 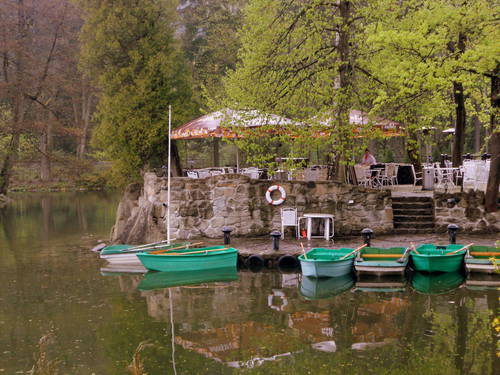 Published: 17.6.2010
The town of Rajecké Teplice is placed in Žilina Region, inside picturesque valley of Rajčianka-river. The seat became especially famous for its nature healing thermal spa. belonging to most known and most visited spa-towns in Slovakia.

SK: Are You Planning to Visit Žilina? We Have a Great Hotel to Recommned

Published: 1.4.2020
Has the current situation put your plans for exotic vacation on hold? We have a good solution for you. You can view great and cheap accommodation in Žilina and plan a vacation you will never forget.

In today's video we will take you to one of the most beautiful villages in Slovakia, which is the...