Most of Slovak castles was constructed during the half of 13th century, in Gothic architecture style, shortly after Mongolian invasion into Hungary in 1241 (so called mark of „Tartarian invasion“ is wrong). Many of them were reconstructed in essential way and enlarged mostly during Renaissance time period. And, although their ancient past is predominantly called back to us with ruins only, all such buildings carry unique and mystical „genius loci“. All these facts are valid for Small Carpathian Castles. 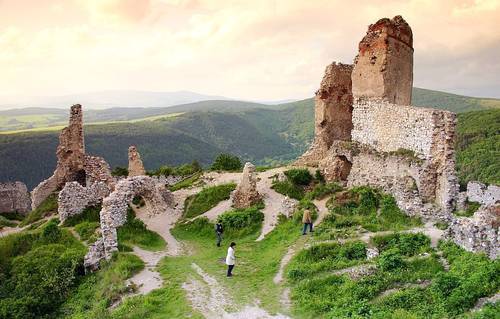 Everybody does not know that Small Carpathian Mountain Range starts just in Austria, on the opposite part of Danube-river, close to Bratislava. So, from Děvín Castle, you can see Braunsberg Hill. At its foot, the rests of Rothelstein Castle could be distinguished. And in the neighbourhood of Bratislava-Petržalka Quarter, the rests of Pottenburg Castle of 11th century, could be found.

Nevertheless, let´s go to Slovak bank of the river. Červený Kameň Castle (Red Stone Castle), Smolenice Castle, Pezinok Town´s Castle or partially reconstructed Děvín Castle, could be arranged, except Bratislava Castle, to very well preserved and completely reconstructed buildings. However, the next mentioned castles belong to those where the ravages of time were stronger  than human´s interest for preservation. These are the following constructions, such as: Biely Kameň nad Svatym Jurem (White Stone near to Svaty Jur), Pajštun, (with Dragon´s Castle), Kuchyňa, Plavecky Castle, Korlatka, Ostry Kameň, Dobrá Voda and Čachtice Castle. All buildings are situated inside rather small mountain range (apart of this, Great Moravia pieces of ground are not mentioned here). It is no problem to visit some of these castles in the course of one day. Their density could be really high, as west Hungarian border passed there in Middle Age, and such border watching places are not sufficient ever. So, let´s have a look at some of them! 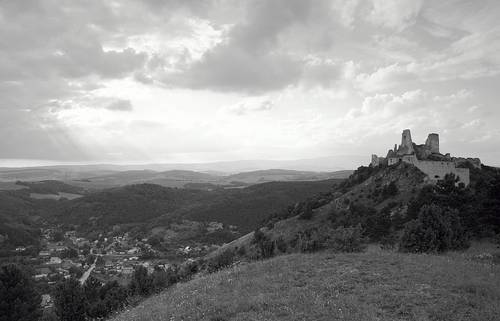 Čachtice Castle is placed in an altitude of 375 metres above sea level, close to the communities of Čachtice and Višňové. The building was constructed (as most of the other castles) in 13th century. Its function was mostly defensory. The castle served for its purpose, in possession of several noble parentages, till the beginning of 18th century, when the building started to fall into decay. On the break of 16th and 17th centuries, Elizabeth Bathory ruled over her servitudes. She became famous, however, in negative way, thanks to her cruelty. According to the legend, she loved the bathing in a blood of more than 600 murdered virgins from the environs. She got the nickname „Woman Dracula“. At present, she became a central personality of film „Bathory“ most expensive one of Slovak history, (the work of Juraj Jakubisko of 2007). You can walk to the castle, following green marked tourist trail from Čachtice or from Višňové as well. On the other hand, rather difficult climbing could be much easier, using asphalted road, accessible for motor vehicles, leading nearly to castle gate. 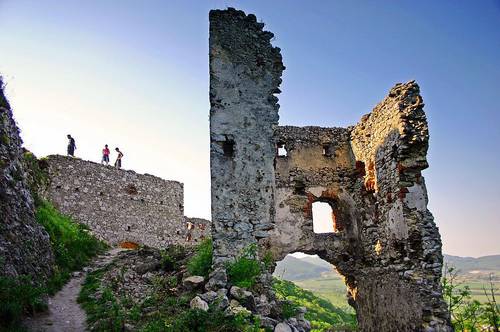 Plavecký Castle belongs to the other relatively preserved ruins, also thanks to its great extent. It is popular locality for weekend walks and tourist activity. The castle was constructed also during 13th century, the reconstruction undergone within 15th-16th centuries, and named in accordance with Plavec Parentage. Even now, you can easily distinguish its original and later extents. Moreover, you can fully enjoy here the outlooks into wide environs. You can see, under favourable weather conditions, even Alps Mountains.

The name of Pajštun Ruin was created from German word of Paullenstein or Ballenstein. The castle was constructed also in 13th century, after Mongolian invasion. The Palffy Parentage belonged for longer time period to original owners. However, the destiny of the castle was finsihed in 1809, when Napoleon troops blew up the building. At present, the ruin belongs to most popular buildings. It is the nearest ruin of such character from Bratislava. Inside spaces are frequently used fro barbecue and grilling actions. Even the „mountaineers“ have powerful cliff avaiable, where the castle was built. Violent mounting upstairs takes from Borinka approx. 30 minutes. From the castle, you can walk, along the ridge ahead towards, nearly perished Dragon Castle.

The excursion „Back to the Past“ is offered by Authenic Slovakia, Incoming Travel Agency. 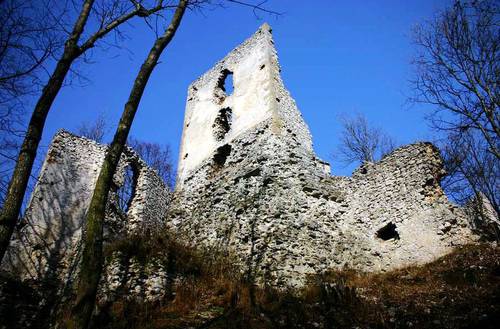 Published: 22.9.2011
Autumn is the period of culminating works in the fields, orchards and vineyards as well. Right to the one of the typical wine-growing communities in the vicinity of Bratislava we are visiting today.

Published: 1.7.2010
Pezinok is a district town, situated in north-east direction, in distance of 18 kilometres from Bratislava, Slovak capital. The town is situated at foot of Small Carpathian Mountains in an altitude of 156 metres above sea level.