Bergagården Park is about three kilometers from Vargön village. There is the Elk museum (Kungajaktmuseet Älgens Berg), a visitors’ center, guest houses, and groceries. It is also the point of convergence of several tourist trail of various length and difficulty. A beautiful promenade lines the recreational area. Along it one can learn a lot about local mansions, trolls, and other fairy-tale creatures. Also, elks, and bears are other well-known inhabitants of surrounding forests. During our three-day stay we hadn’t met one. Fortunately. 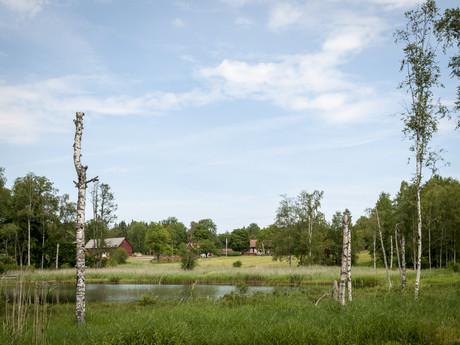 A two and a half hours of train ride got us from the town of Vänersborg to the small and scenic village of Hällekis located on the shore of Vänern, Europe’s third larges lake. To get some idea of its vastness, climb up Kinnekullegården, an observation tower on the nearby hill Högkullen. Up from there you can enjoy seeing the deep woods of Kinnekulle region, a precious nature reservation. Most of its forests consists of oak and all kinds of plants. There live mostly ruminant animals that basically bring harmony to the ecosystem so it wouldn’t be covered in the dominant flora, therefore giving space to other small and fragment herbs and plants. From up close, thus, we have chance to see nature work without human interference as we are used to in our country. It seems Sweden let its interspecies communication be. And it works. 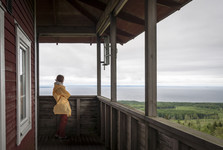 Every summer Hällekis village becomes a very popular holiday resort. People travel in here to see and buy traditional handmade products. These are usually sold on the ground floors of mostly empty houses. A long street near the train station is assigned to these shops and also there is a visitors’ center which hosts a café. There is also a small, cozy apartment for rent. Concerts and other social events take place there during the summer. 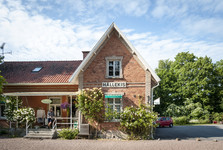 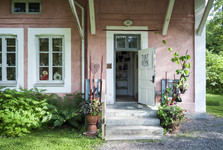 Apparently there was more to our enchantment by Kinnekulle region. Churches where coat of arms hang on the walls also came to our likening. Also learning about their history was very interesting. We talk about Hönsäters kapell, you pass by when going up the observation tower; and Forshems kyrka built in the 12th century. You can make around 2 hour long trip when going from the village along the orange trail. 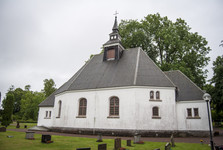 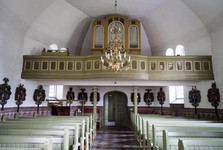 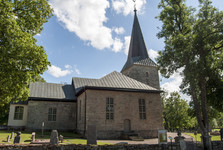 That was the first time when it was raining and cloudy. Travelling to the remote town of Örebro, it and Nora were the last stops before the farm, it became sunny agian.