en.infoglobe.cz » Sweden, Between Göteborg and Stockholm V – Leaving Farm for Stockholm and then Back Home

For me the WWOOF Farm(World Wide Opportunities on Organic Farms) was the most intensive experience in Sweden. I met many Swedes, observed their daily life, shared with them our cultural specifics, experience from travels around the world, we ate Swedish meals, explored the landscape and learned about the way of ecological farming. To help and gain new experience we had to register on the WWOOF website. Then we filled a preference for a farm location, initiated a contact and finally we could look forward to it. 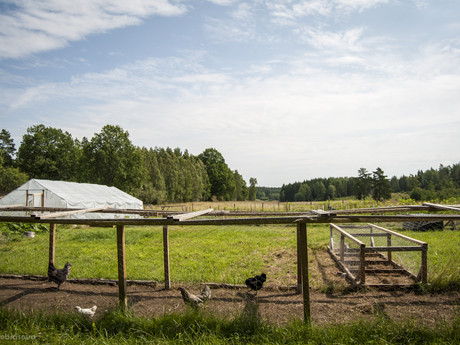 It was difficult for us to leave the farm after ten days. Tears burst in our eyes. The train to Stockholm was almost completely silent. The city was our last stop in Sweden. The first day we mostly went through all kinds of museums. And there are a lot of them. The train station is in the neighborhood of „Norrmalm“. The area surrounding the station is quite noisy. What had pleased us was our discovery of the Dance Museum (Dansmuseet) in 17 Drottninggatan Street. Most of the largest museums are to be found on a stretch of islands between „Norrmalm“ and „Söderlmam“. A video or an audio recording is at almost every item on display. There are masques and instruments from all kinds of cultures as well as scenography of various ballets and operas, video recordings of plays, or costumes. Many books on dance are offered at museum’s bookstore. 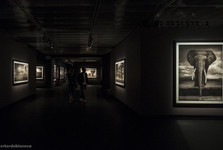 ”Historiska museet”, „Österlmamu“ is a perfect example of a modern museum. It includes some permanent exhibitions such as one on the Vikings. Yet there is also an educational yard where are many games for little children and adults as well. There is also a book- and souvenir store. For me, the museum of photographyi, „Fotografiska museet“, did another great impression on me. You can find it by the sea on the edge of „Söderlmam“. When trying to find the museum we wondered on a observation platform. You can see it when leaving „Gamla Stanu“ (the Old Town). Thnks to wide streets and mix of old and modern architecture this place has very pleasant atmosphere. It is considerably different than „Gamla Stanu“. 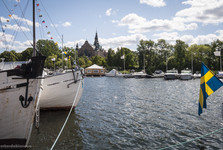 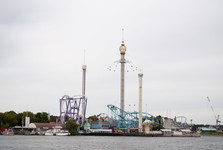 Despite the capital of Sweden Stockholm has calm atmosphere. One would have the impression as if charms of Venice and Prague had meshed together at this place. The sea splits the town into individual islands. Canals do not cross these. Instead, they consist of narrow, crowded, tangle of streets in„Gamla Stanu“. And some streets are even narrower, deserted and mysterious. One cannot stop to marvel at things in this “Old Town” when walking down its streets. It includes interesting entrance portals, old churches and other sights like galleries, stores with peculiar shop windows, or the smell of cinnamon “snails” and coffee. A scoop of great ice cream will give you the sense of perfectness at this plce.

We return home after a month in Sweden. So „tack“ – thanks and „heydo“– bye!