Malmö is the third largest city in Sweden behind Stockholm and Göteburg. Together with Copenhagen it consists the Øresund Region which is the most populous territory in Scandinavia dating back to the 13th century. For first 400 years Malmö and the region were important Danish territory. The Kockums shipyard was established, once one of the largest in the world. The city had experienced some fast growth. At the turn of the 20th century it was one of the largest industrial centers in the world. 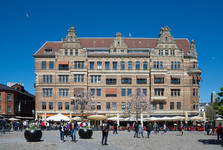 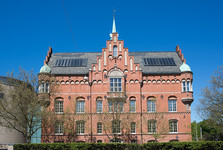 Couple of surviving old factories are the only witnesses to Malmö’s industrial age. Today, it is one of the greenest cities of the world and also ranks 7th in its openness towards bike riding. It is world’s important high-tech hub and has getting its riches from tech patents. 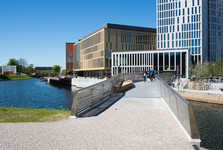 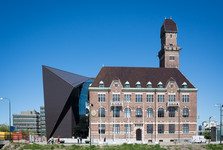 You get off in the underground section of local train station in Copenhagen. The train station close to the historical part of the city – cross a channel, walk through one street and you get in Stortorget (Great Square), the main square in the city. Located there are townhall, St Peter church, and monumental equestrian statue of King Charels X Gustav. Nearby is also the 14th century church of St Peter. What we recommend you is to just aimlessly wonder in the streets of the old town while enjoying beautiful atmosphere and architecture. 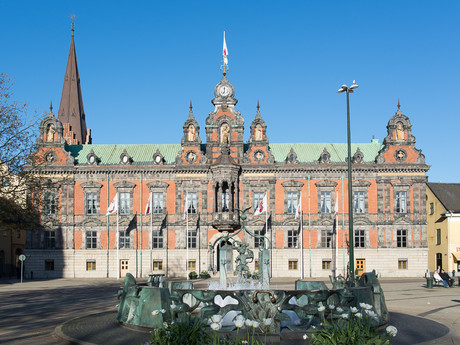 When going deeper into the city there is Gustav Adolf square. Simply cross another section of the channel. If you go towards Triangeln square (yes, it really is in the shape of a triangle), you get to the largest and the most beautiful cathedral in the city – Sankt Johannes kyrka. 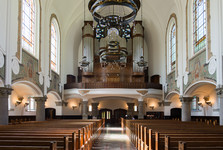 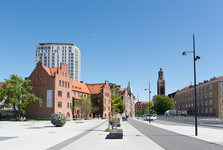 Many beautiful parks embroil Malmö some of which are cemeteries. Perhaps the best are Kungsparken and Slottsparken. Both surround local castle and cover the territory west from the downtown. Adjacent is also Slottsträdgarden – which is an organic garden where you can buy local vegetables or flowers, or sit for a while at local small café where volunteers work. 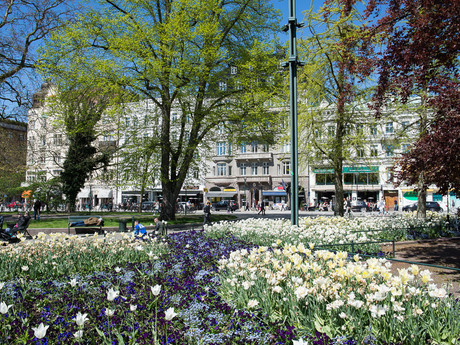 In case there is good weather we recommend you a seaside trek. There is also Scandinavia’s tallest building – Turning Torso, a 190-meter skyscraper. Moreover, you can enjoy a beautiful view of Øresund bridge. It joins Mälmo and Copenhagen and the whole Scandinavian peninsula with central Europe. 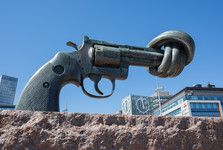 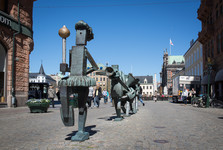 Another interesting points of interest are the Art Nouveau synagogue, Tekniska och Sjöfartsmuseet (The Maritime and Technological Museum) or Koggmuseet. At the later you may walk on board of life-size medieval ships or even sail on them, depending on weather conditions. 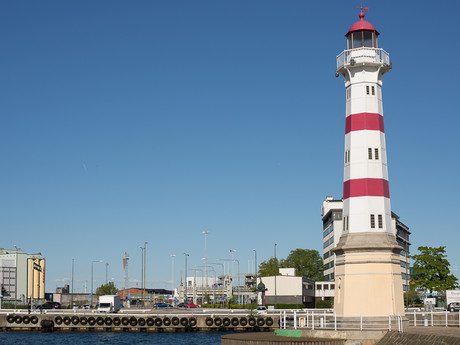 Seeing Malmö and Copenhagen is a powerful combination to get insight into Nordic culture and history. We recommend you travel there in summer for winters here are severe. But even in this season you may start to plan true “Nordic” vacation. We believe the article will inspire you to do so.

Published: 6.4.2022
The Kingdom of Sweden, most extensive Scandinavian country, is situated on surface of 449 964 square kilometres and belongs to greatest states of Europe. Sweden temptates millions of visitors, thanks to its marvellous and diverse nature or interesting architecture, especially for the fact that even during tourist saison, the calm.dominates and no busy life is prevailing there.

Published: 20.4.2022
Uppsala is one of the largest and most important cities in Sweden. Some interesting things about the city will be revealed in the following article.