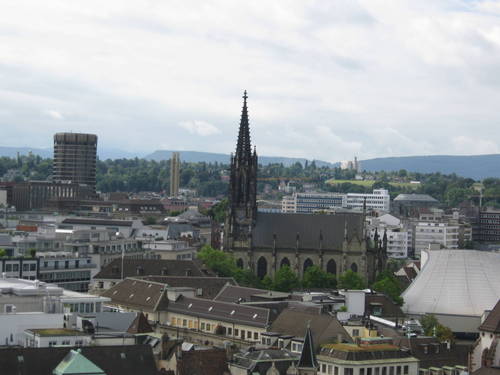 Also we sailed on a boat from one riverbank to other. I memorized one particular sight in Basel. Local Rhine swimmers. It is quite common to take off your clothes on one side of the town, put it into a waterproof bag and go into river, swim several kilometers, and get back on the ground on the other side of the town. We have seen several swimmers during our evening walks along the river. 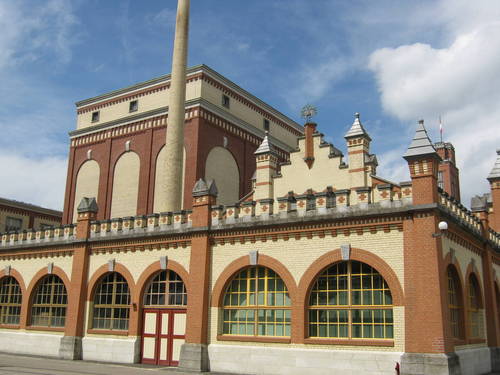 15 kilometrů východně od Basileje se nachází město Rheinfelden (Rhine fields). It is there where the most popular Swiss beer Feldschlösschen is made. Its logos and labels are almost everywhere. Feldschlösschen brewery is the largest brewery in Switzerland. You can have a guided tour there a we did, unfortunately the brewery was closed due to some technical issues on the day we visited it. Well, at least we saw the building and it looks almost like a castle! 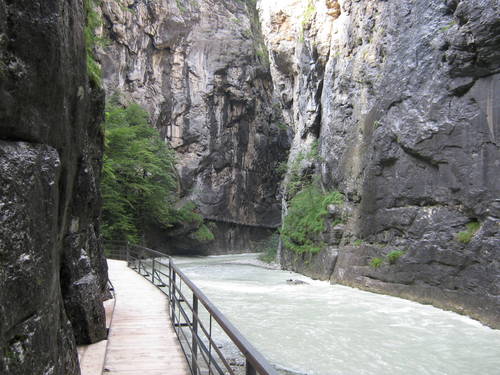 The third day after our arrival was completely “free” and our hockey players had also a free day. We went hiking to the Swiss Alps to Sustenpass pass(2224 m n. m.). We wanted to reach Triftbrücke hanging bridge, one of the longest and highest bridges in the Alps. Our journey started in the 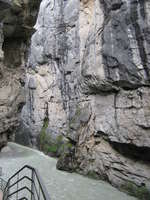 cable way cabin in relly high height, then we walked several kilometers in difficult mountain terrain and got to 1720 meters above the sea level where the bridge is located. You can see the bridge from a distance. To be honest, it takes some courage to see its height. I was “built” (assembled and hanged) in 2009. It is 170 meters long and it is located 100 meters above ground. Its width allows you to pass by a person walking from opposite direction, however, you will have to hold on both sides. Crossing the bridge isn’t for someone who suffers from vertigo or fear of heights. Not only that you have to overcome the depth below you but the bridge was swinging. Only half of our group dared to cross it. But it was a priceless experience… You can make your own opinion from included photos. We chose different path to get back to the cable way. The trail went around Windegghütte cottage (1887 meters above the sea level), the only trace of civilization we have seen on our way. Despite high prices we bought some refreshments and sat there for a while 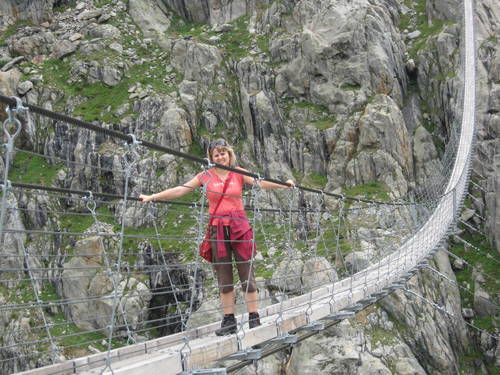 On our way back to Basel we visited another tourist attraction Aareschlucht, a straight made by the Aare river. It is opened to the public. The straight is 180 meters deep and 1,4 kiloeters long. It its narrowest part it is less than meter wide. You can get there thanks to a complex of roads, bridges and tunnels. Partially they have asphalt surface and partially gravel. But usually there are about 1 meters wide pathways hitched to rocks. It takes about 45 minutes to walk through the straight. A view of the river breaking on massive rocks is really nice experience. You wouldn’t even think of cold and humid air there. At the end of the road we found a souvenir shop. You can walk through the straight in both directions. For our way back we took a train going through the rock. 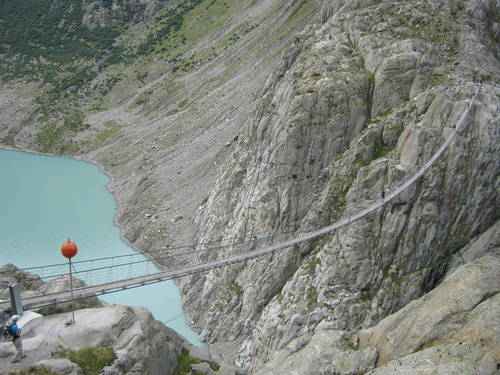 Switzerland is a beautiful and clean country. There are many natural sights. Everyone who will visit it would agree. Many tourists want to return there, like my friend who go there at least once a year. They would certainly write many articles on this beautiful country.