She likes living in a country known for its many dialects. She abides by strict rules that bind citizens of the country of Helvetian Cross. Moreover, she would like to spend her life in Switzerland. However, then she would have to buy an armor door that is mandatory part of every house. She would have also to reconcile herself with the fact that her husband comes home in a military uniform once in a while and no later than in the age of 35 he would have a gun under his pillow as well as a guns license. A military service is mandatory in Switzerland for every man that reached the age of 18, however, men are “called to arms” for shorter period of time. Despite that they spend 260 long days in military. 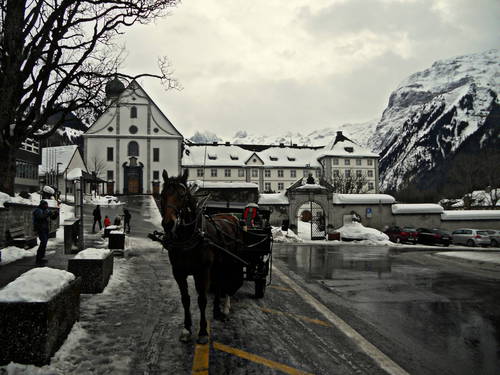 If this young Czech women had moved to some housing estate she would have to live without baths after 10pm, cleanings of the apartment on Sundays (or only with window shades down). Power of coercion, or sanctions, are harsh in Switzerland and nobody dares to go collect mushrooms on other days than it is allowed. Maybe this is one of the reasons why Swiss are more introverted, maybe that’s way they have so much trouble with vandalism and rebels. On the other hand all these strict rules get Switzerland on the top. The question is if the “price” the Swiss pay for the prestige of their country is right.

This old residence of monks is after a ski jump one of the biggest attractions of “Angel Mountain”, an alpine town of Engelberg. A Benedictian monastery is large complex where monks abide by strict rules. Nowadays there are only 30 of them. They gather for a pray 7 times a day. They based their life on three pillars – prayers, the Holy Bible and a work. Konrad von Sellenburen built Engelberg Abbey, in 1729 a fire damaged the construction and a decade later it was renewed. The first time Titlis was conquered was in 1744 by monks. Other people also climbed up there and Engelberg quickly became a famous tourist spot. It was already in the 19th century. 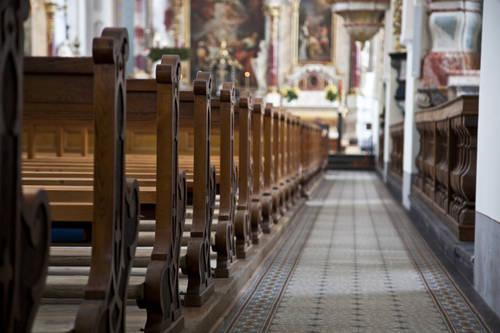 More than a monastery itself tourists are drawn to one specific part of it – ODERMATT, a chees factory. Small home enterprise is able to produce large amounts of quality Swiss delicacy. It tastes good and it is also feast for eyes. The factory also knows how to entertain its visitors. This smart act made this small cheese factory world famous spot. 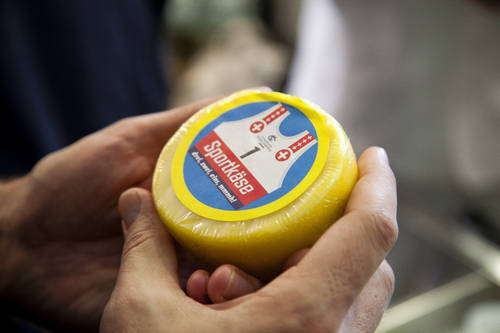 Tourists have all attention of the personnel that spoils them with smiles, delicious wine and, particularly, it explains them how cheese is made. Everyone who wants can try it. Smiling “coach” explains during which phase a whey is added into a cheese, how to slice a cheese correctly and he explains a procedure that gives a cheese shape we all know. They say it is important to wrap this delicacy correctly and then he showed us many ideas how to do it.

In an aquarium, where one or two cheese makers work, a production is large. As somewhere in a Zoo visitors observe the making of cheese. Welcome to SHOW CHEESE FACTORY! Everything this factory produces you can buy there, of course. Cheeses from Engelberg Abbey are, however, available in the whole country.