en.infoglobe.cz » Switzerland, Luzern: A City of Many „The“ - VIDEO

We are in Switzerland. If you had any doubts about it, for example due to the look of some buildings, in Lucerne you will have not any. In Lucerne there is everything “Swissy”, everything is according to the Swiss rules, clear, well maintained, and in peace. We were given a Czech guide who appeared to be a very nice lady living already few years in Switzerland. We arrived in the train so our journey in Lucerne naturally began in the train station. We had admired the genuine train station portal and we continued on. 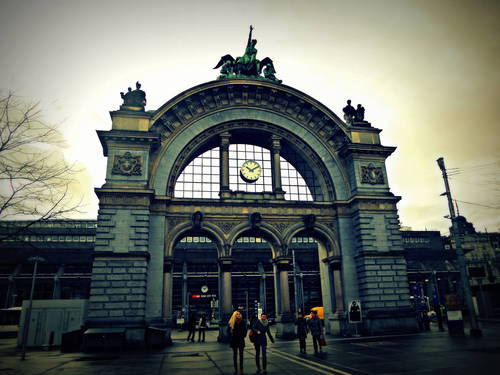 There would be no chance you wouldn’t notice large concentrations of covered wooden bridges in a relatively small area above the waters of Lake Lucerne and theReuss river, as well as Swiss Alps. The Old Town is connected with the new by the oldest covered bridge in the world the Kapellbrücke/Chapel Bridge and theJunkman Bridge . The Chapel Bridge was built in the 14th century and includes a hexagonal tower that used to be a lighthouse, water tower and even a prison. The bridge used to be the longest. It is decorated with 111 board paintings one of which has the motive from the Crossbow series when the hero tries to shoot of an apple from the head of his son. 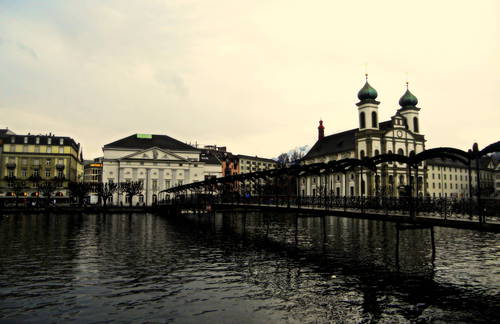 Lucerne is for many reasons considered to be the most important city of central Switzerland and according to the Swiss it is the most beautiful city. The roots of tourism in this picturesque city go as far as to the year 1840. Lucerne represents the living cultural center of the region and the fourth largest Swiss agglomeration. Lucern can thank for its growth to its beautiful surroundings as well as geographic location since it is located on an important north-south route between the Swiss Plateau and the Alps.

The Swiss lion and an omnipresent Asia

There are many places worth visiting in Lucerne. One of them is undoubtedly the Lion Monument – Lucerne’s symbol. If you had visited Lucerne, and wouldn’t see the lion it would be almost a sin. Mark Twain wrote that it is the saddest and the most moving piece of stone in the world. According to the Asians, who take thousands of pictures of it, it is just a part of their albums. A nine meters relief of a lion that is careved into the sandstone behind the lake is primarily a symbol of bravery and self-sacrifice of Louis XVI soldiers who were killed in the Tuileries in Paris in 1792. While you will be admiring the sad lion you should visit also the Glacier park, nearby. 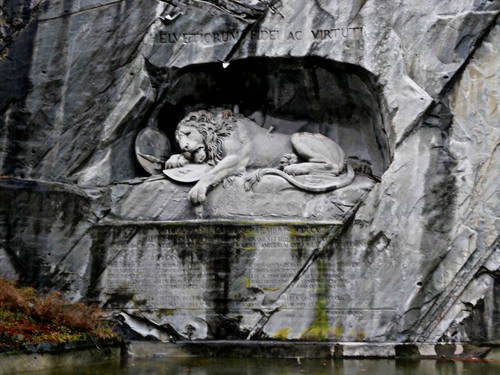 The history of Lucerne begins already in the 8th century. However, then it was just a small fishing village. Later Lucerne gained some respect and was the very fist city that joined the Swiss confederation. During the religious wars it supported the Catholics. People who are fond of history will enjoy stay there. History can be traced on every corner. It can be said that an obligatory stop should be a Franciscan church built in 1279, which makes him is the oldest church in the city. In the same area you can find also the Jesuit church built towards the end of the 17Th century. 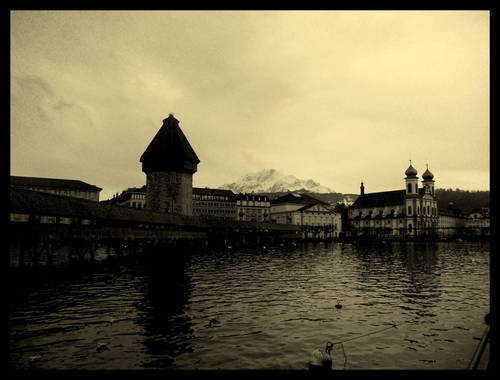